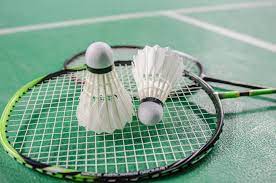 Overall, India claimed six gold, one silver and seven bronze medals to end the year on a satisfying note.

Kaur, who lost to Kozyna in the semifinals of the Para World Championships in Tokyo last month, exacted revenge on the Ukrainian with a 21-11, 21-11 win to clinch the SL-3 women’s singles title.

“I came to participate in Peru International mainly for (beating) Oksana and I am glad to have settled the scores,” said Kaur, who also took a silver and bronze medal in women’s doubles and mixed doubles SL3-SU5 respectively.

There was more joy for India as Nithya Sre Sumathy Sivan surprised World’s silver medallist Giuliana Poveda Flores of Peru 21-6, 21-13 in women’s singles SH6 final to wrap up the year with a gold.