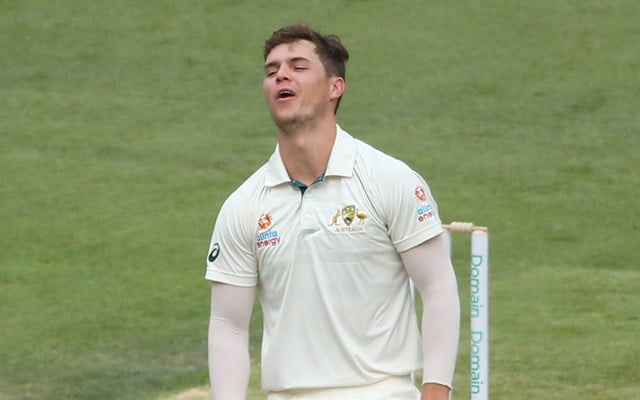 Melbourne, Dec 6 (PTI) Leg spinner Mitchell Swepson is hopeful that his experience of bowling in the sub-continental conditions will be taken into account when Australian selectors pick the team for the India tour.

The 29-year-old, who had first visited India as a member of the Australian squad in 2017, took eight wickets in two Tests in Sri Lanka, while taking two wickets in Pakistan.

“One thing that I’ve probably got a little bit of an upper hand on (my rivals) is that I’ve now played four Test matches and that experience coming out of both Pakistan and Sri Lanka will probably hold me in good stead in that selection conversation,” Swepson was quoted as saying in cricket.co.au.

“They were pretty happy, I think, with how I bowled in Sri Lanka, which is our last Test series, so just drawing on that, I’m quietly confident that I’d be in the (selection) conversation at least, and I certainly want to be a part of that tour, there’s no doubt about that.” Swepson was selected as the third spinner on the India tour of 2017, which Australia ultimately lost 2-1.

He was just 14 first-class matches old then and as a 23-year-old he used the time in India to gather information from the likes of Nathan Lyon and Steve O’Keefe.

“It seems like a long time ago, and it almost feels like a bit of a full-circle moment with this tour coming up,” Swepson said.

“I was just a massive sponge on that tour, just experiencing touring with the Australian team and learning little bits and pieces at training sessions, and just getting to rub shoulders with guys that I really looked up to at that time. I didn’t say much on that tour, I remember that.

“I remember that first Test in Pune, a massive victory, (O’Keefe) taking 12 for the game, and the feeling after that first Test match, it would be amazing to be able to replicate that six years later, and go one further and try and actually win the series.”