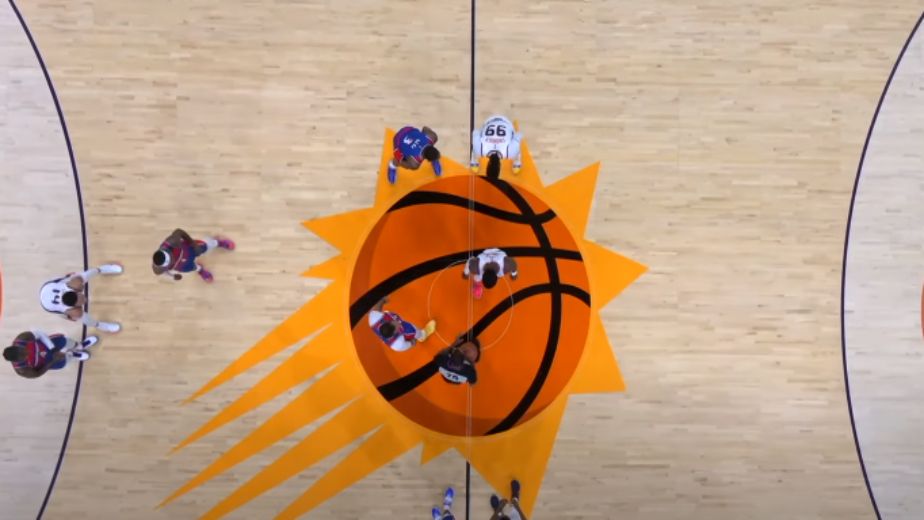 (Basketball news) Phoenix Suns beat the in-form Washington Wizards 118-98. For the Suns, McGee scored 17 points and Ayton added 15 as the combo dominated the interior, pushing the Suns to 58 points in the paint. All five starters and eight total players scored in double figures. Landry Shamet had 16 points and made four 3-pointers and Paul had 12 points and six assists. They have won 22 of 24 games dating to Oct. 27. For the Wizards, Bradley Beal led the Wizards with 26 points on 11-of-18 shooting but the rest of the team couldn't muster much offense. With this result the Suns go level with Warriors at the top of the Western Conference with a record of 23-5 as Wizards move to 7th in the Eastern Conference with a record of 15-15.

'We were ready,'' Williams said. ''That was pretty cool. The outcome was the residual of the focus and determination we showed on defense, holding that team to 98 points and having eight guys in double figures.''

''We are in a rut right now,'' Wizards forward Montrezl Harrell said. ''Nobody is going to feel bad for us, brother. We've got to figure it out.”

The Brooklyn Nets continued their good start to the season with a 114-105 over the Philadelphia 76ers. Durant scored 34 points, making a four-point play with the game tied and 1:46 left as that turned to the turning point in the game. The Nets were missing seven players because of coronavirus health and safety protocols. Blake Griffin and Nic Claxton both added a season-high 17 points as Patty Mills scored 14 points for them. For the 76ers, Joel Embiid had 32 points, nine rebounds and six assists in the 76ers' third straight loss as Seth Curry scored 29 points to lead a valiant effort from Doc Rivers' side. With this result the Nets improved their record to 21-8 as they comfortably lead the Eastern Conference

'It's a challenge knowing how you're going to come into the games because a lot of these teams, they scheme for me a little differently,'' Durant said.

'We can all hoop,'' Claxton said of the young players forced into extended action. ''A lot of attention is going to KD so we're just making plays.''.

So is it better to be over the threshold than to not be playing until you have a healthy roster?'' Nash said. ''Or is it better to have enough to play but to be short-handed and the burden and the toll it takes on these guys and knowing that you're going to have guys coming back who haven't been able to practice or play basketball. So it is definitely tricky to navigate.''

The Lakers won dramatically against the Dallas Mavericks as they defeated them 107-104.  Rookie Austin Reaves swished a 3-pointer with 0.9 seconds left in overtime to give the Los Angeles Lakers a much needed victory. For the Lakers, James scored 24 points, Westbrook added 23 and Davis had 20 points and 12 rebounds after missing two games with a sore left knee. For the Mavericks, Jalen Brunson scored 25 points and Kristaps Porzingis had his eighth double-double this season with 23 points and 12 rebounds for the Mavericks, who played their third straight game without All-Star guard Luka Doncic. With this result the Lakers improved their record to 16-13 as they lie 6th in the Western Conference.

“There was about one second left, and I didn't have anything to do but shoot it,'' said Reaves, who played two seasons each at Wichita State and Oklahoma, signing a two-way contract with the Lakers in August that was converted to a regular contract in September. ''Great pass, and I made a shot.''

''We've got a lot of trust in whoever's on the floor, including the rook,'' James said. ''Obviously, it showed on that last possession.''

''We were going to foul within 10 seconds, make them reset and give us a chance to reset, too,'' said Mavericks coach Jason Kidd, who was a Lakers assistant during the past two seasons. ''And we just didn't get to the foul.''