NBA: Lakers win three on the bounce as Warriors extend their lead 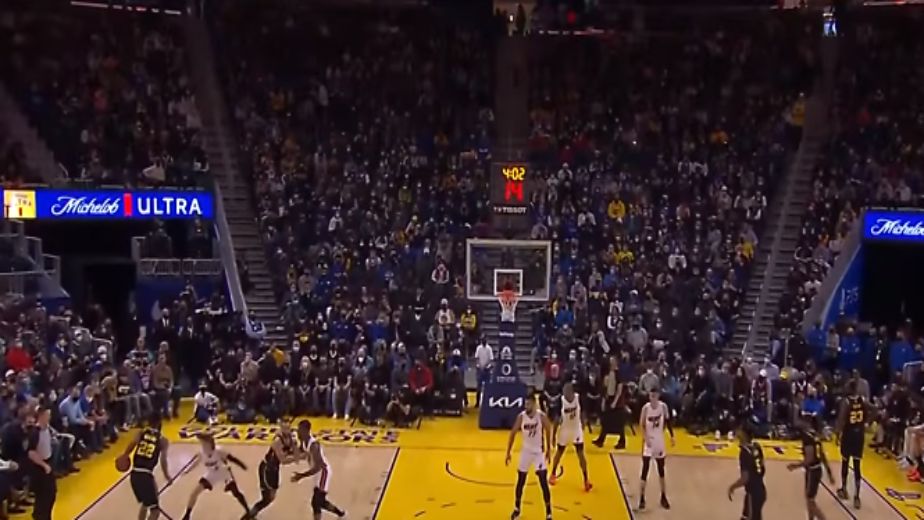 (Basketball news) Lakers made it three wins on the bounce after winning against the Sacramento Kings 122-114. LeBron James scored 14 of his 31 points in the fourth quarter, Malik Monk added 11 of his 24 in the final seven minutes and the Los Angeles Lakers held off the Sacramento Kings. This was also their best run of form this season with their 4th victory out of 5 games. For the Lakers, Talen Horton-Tucker scored 19 points and Russell Westbrook added 19 points and drew a key late charge as the Lakers climbed back above .500. Westbrook also had his first turnover-free game since March 14, 2016 which broke the longest streak in NBA history. For the Kings, De'Aaron Fox scored 30 points and Buddy Hield added 26 with seven 3-pointers as Harrison Barnes had 14 points for them. With this result the Lakers stayed in 7th in the Western Conference standings with a record of 20-19.

''That's the reason we won the game,'' James said. ''We did not turn the ball over tonight. When we get shots at the goal, we can be very dangerous. We weren't shooting the ball well at all, (but) because we didn't turn the ball over, we caught on fire.''

''You've got to give (James) credit,'' Barnes said. ''He made some shots, but as a collective we could have done a better job making him work for some of those shots. In this league, it's hard to guard one-on-one, especially great players.''

''I always think that I can do that for any team I'm on, and I'm ready for whatever happens,'' Monk said. ''We're short a couple of people, but even when they come back, I'm still going to be ready and still going to produce.''

The Golden State Warriors started the new year the same way they ended last year as they beat the Miami Heat 115-108. For the Warriors, Poole scored 32 points in his new role, Andrew Wiggins added 22 points on a day when Curry had only 9 points which was subsequently his season low as well. For the Heat, Kyle Lowry had 16 points and 11 assists and Tyler Herro scored 18 points for a Miami team down 10 players in all, five because of the COVID protocols. Another positive for the Warriors fans is that their second talisman Klay Thompson is close to returning to action after spending almost 2 years out injured. The Golden State Warriors improved their record to 29-7 and sit on top of the Western Conference standings.

''It was huge, we needed all of his 32 points, and the early foul trouble with Steph changed our rotations,'' coach Steve Kerr said. ''What a luxury to be able to come off the bench with a guy who's just started the first 35 games or whatever it was. Jordan has turned into just a critical player for us and he will remain to be critical with all the guys coming back coming off the bench.''

''That's the one thing about him, he loves the competition, he loves the game of basketball, and he's always ready,'' said Wiggins, who will now challenge the third-year guard to use his athleticism and get a couple of blocked shots

“Second-year center James Wiseman, recovering from right knee surgery, was cleared from the health and safety protocols and Kerr hopes he will begin practicing with contact next week. The big man participated in the morning shootaround and won't travel ''and we'll continue to ramp up his activity,'' Kerr said

Also read: NBA: Lakers start the year with a win as Suns continued their golden run