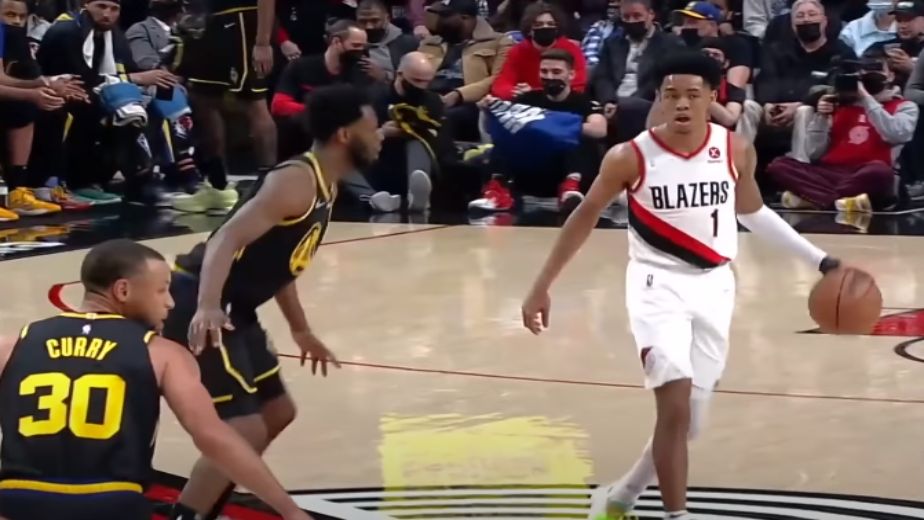 (Basketball news) The Golden State continued from where they left off before the All Star break as they destroyed the Portland Trail Blazers 132-95. For the Warriors, Stephen Curry had 18 points and 14 assists as Klay Thompson also had 18 points for the Warriors, the Warriors at the end of the match had 8 players in double digits scoring. For the Trailblazers, Anfernee Simons had 24 points for Portland as they had won four straight going into the break. With this result the Warriors improved their record to 43-17 and sit comfortably in second place in the Western Conference table.

'It was a good way to kind of come back from the break and establish ourselves on both ends of the floor,'' Curry said.

''Steph was brilliant tonight,'' Warriors coach Steve Kerr said. ''I loved his patience and the way he ran the team tonight. He played a beautiful game.''

''(Curry) has always been able to pass like this. His scoring is so good it can get overlooked sometimes,'' Thompson said.

''I thought they played hard and they played well, they just came up against a juggernaut,'' Billups said. ''They kind of took off on us there, they had 39 points in the second quarter, that really hurt us and we could never really recover.''

The Phoenix Suns won their 8th consecutive match against the Oklahoma City Thunder 124-104. For the Suns, Devin Booker had 25 points, 12 assists and a career-high six steals as Cameron Johnson and Mikal Bridges each scored 21 points for the Suns, who have won 19 of 20. For the OKC, Shai Gilgeous-Alexander led them with 32 points on his return as Rookie guard Josh Giddey, who had 15 points, nine rebounds and six assists. At this moment the Suns are the best team in the league by a mile and they are consistently winning matches for fun. With this result the Suns improved their record to 49-10 and sit on top of the Western Conference table.

''I feel like we can only get better from this,'' Suns forward Jae Crowder said. ''Obviously, we've put ourselves in a position to have a cushion. But at the same time, we're playing for something. We're playing purposeful basketball each and every night.''

'Love playing with him,'' Giddey said. ''I think that chemistry is getting better and better over time. I think in a few years, we're going to be one of the best backcourts in the league. So growing with him is something I love doing.''

''The good thing is, we got that game out of the way,'' Williams said. ''I thought we had some rust in the pipes tonight, and we were able to get some of that out and get used to Book (Booker) playing some point.''