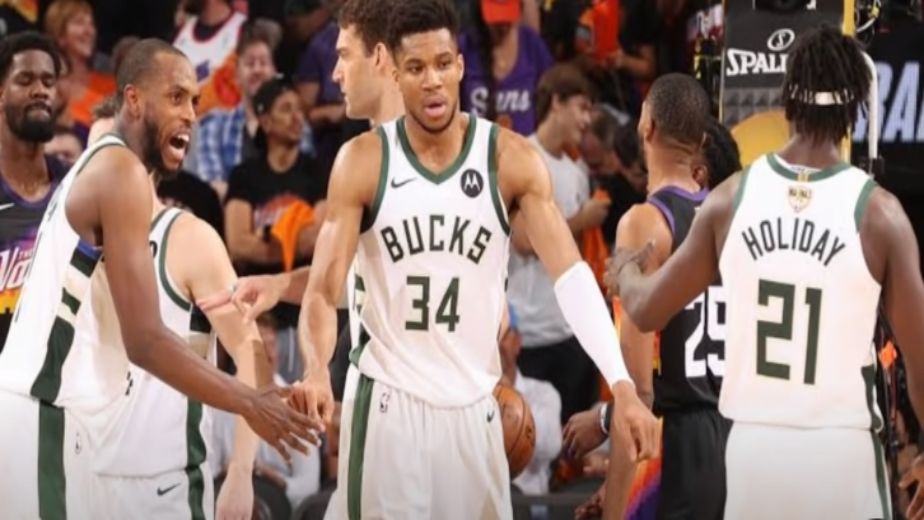 (Basketball news) The Los Angeles Lakers lost to the Miluwakee Bucks 131-116 as Ginnias produced a world class performance. For the Bucks, Giannis Antetokounmpo scored 44 points on 17-for-20 shooting and Bobby Portis had 23 points with five 3-pointers as Khris Middleton scored all of his 21 points in the first half. For the Lakers, LeBron James scored 27 points and Anthony Davis had 22 points and nine rebounds, Malik Monk scored 20 points and Stanley Johnson added a season-high 16 for the Lakers in a reserve role. LA lost five of seven to fall back to three games below .500. With this result the Bucks moved up to second in the Eastern Conference table as they improved their record to 35-21.

''He made it look easy, honestly,'' Middleton said. ''That just shows the level of how he's playing. He was knocking down his jump shot. He's got guys going for his pump fake. Just the way he let the game come to him and stay patient, it was pretty fun to watch.''

''Obviously when you make shots, the game is a lot easier, looks a lot better,'' Antetokounmpo said. ''I know I'm going to try to get my teammates involved and look for the best way to help the team, but sometimes when you start making shots, you feel better about yourself, you defend better. Today was one of those games.''

The Nets suffered their ninth successive loss as they lost 126-91 against the Boston Celtics. For the Celtics, Jaylen Brown and Marcus Smart each scored 22 points, Jayson Tatum scored 19 and Robert Williams had 12 points and 11 rebounds as the Celtics continued their strong stretch and moved past the Nets into seventh place in the Eastern Conference. For the Nets, Jevon Carter scored 21 points on seven 3-pointers and Cam Thomas scored 17 points. The Nets are considered the favorites to win the East, but since Kevin Durant’s injury they have lost 10 of 12 in the middle of January.

''I don't know how often or if we've ever been so good to start like that before but it felt good,'' Brown said. ''We knew some of those guys were out. We wanted to just take care of business early. We didn't want to play around and give them confidence and let them linger into the game.''

''Honestly, I think we'll be exactly the same. I think the chances of trades or deals happening before the deadline are so slim, especially for our group,'' Nash said. ''So my mind and attention is on this group and putting this thing together as guys become healthy again and trying to build it for the stretch run.''