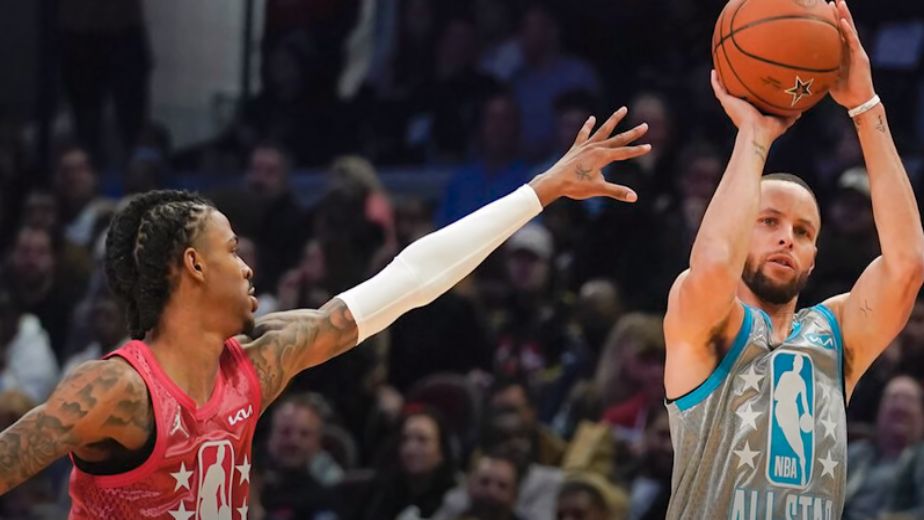 (Basketball news) Team LeBron won his 5th straight all star match as Steph Curry won the Kobe Bryant MVP award. Curry was initially booed but the fans couldn’t boo him anymore as he put in one of the greatest long-distance shooting performances in All-Star Game history, as James made a nice jumper that gave Team LeBron a 163-160 victory over Team Durant on Sunday night. Curry made 16 3-pointers and scored 50 points which was only two off Anthony Davis' record in an all star game. For team LeBron, Giannis Antetokounmpo had 30 points, and James finished with 24 in his old hometown as Joel Embiid led Team Durant with 36 points. LeBron made it 5 wins a row as he has been winning the AllStar game since its inaugural system in 2018.

''It's pretty special, obviously being back in Ohio,'' Curry said, seconds after being handed the inaugural Kobe Bryant MVP Trophy. ''The trophy is very special. Very humble, very blessed.''

''This guy is from a different planet. He literally has an automatic sniper connected to his arm, and when he lets it go, not only himself, but everybody on the floor, in the stands, on TV, on their phones, whatever you are watching, you think it's going in every time,'' James said. ''Nine times out of 10 and sometimes 10 times out of 10, it does go in.''

“To be out there and watch that kid from Akron as well shoot the ball the way he shot it, it was unbelievable,'' James said. ''It was pretty cool.''

New York Knicks second-year forward Obi Toppin won the 2022 AT & T Slam Dunk contest on State Farm All-Star Saturday Night at Rocket Mortgage Fieldhouse over Golden State Warriors forward Juan Toscano-Anderson. Toppin won on a final dunk as Warriors player Toscano-Anderson finished with a cumulative score of 69 in the third round and 30 on his second dunk after failing to convert his final attempt on a dunk attempt, throwing the ball from behind the basket and then trying to dunk it. Toppin completed an in-between-the legs, one-handed dunk attempt that actually finished as a layup and it was enough for him to win the Dunk Competition.

Towns scored 29 points in the final to surpass Clippers Luke Kennard by three baskets. Kennard and Young had no chance to tie or beat Towns with their final shots. Karl Anthony Towns became the tallest winner since 7ft Dirk Nowitzki won the competition in 2006 and the first center to do so. Towns this season is shooting 41% from deep this season and 39.6% for his career. He had previously mentioned that he was begging the NBA for years for him to participate in the three point competition and was motivated when finally his time came to be a contestant in Cleveland.

Towns said  “I’m super happy to win. I have such high standards for myself. Nobody can be harsher on my game than me. I didn’t come here to compete. I came here to win.”

Also read: The NBA All Star week is set to kick off as Team LeBron take on Team Durant