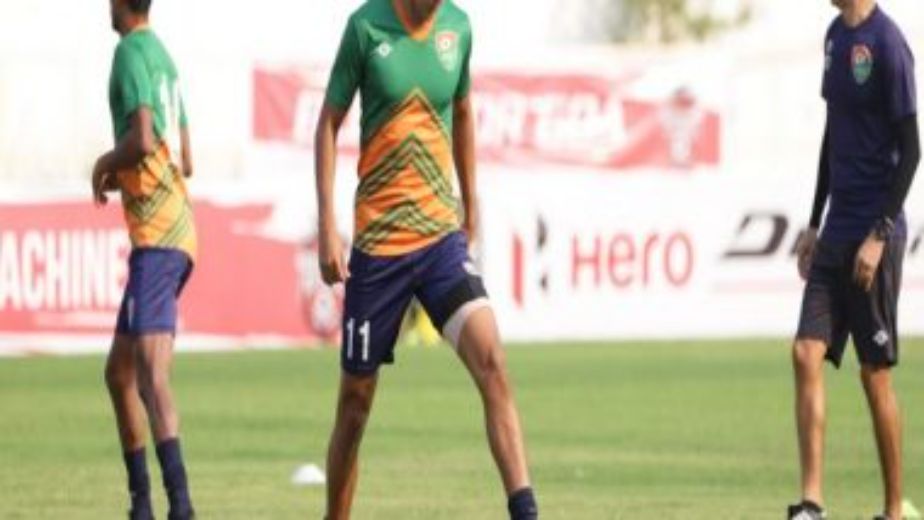 Playing their first match at the new home venue, Sreenidi Deccan took the lead in the 41st minute through David Castaneda Munoz, which ultimately proved to be the difference between the two teams.

It was Sreenidi's second win on the bounce after their loss in the first round. On the other hand, TRAU suffered their first defeat of the season. The first half began slowly, with both sides creating chances few and far between. Both the teams worked hard to create scoring opportunities, but the defensive lines on either side was compact and solid.

In the 10th minute, a rebound from a free-kick fell to Komron Tursunov at the edge of the penalty area, but his shot did not pose any major threat. Two minutes later, Sreenidi's Rosenberg Gabriel volleyed a first-time effort from a cross straight at the goalkeeper.

Salam Johnson Singh got TRAU's best chance of the half in the 19th minute but his shot was saved by home side goalkeeper Aryan Lamba.

Just as the half looked to be ending goalless, the hosts found the net in the 41st minute through Castaneda. Sreenidi earned a free-kick 25 yards from goal and the Colombian placed it right into the bottom corner to give Bishorjit Singh no chance.

The home side almost doubled their lead two minutes after the restart, with Gabriel in the thick of the action once more.

Cutting in from the right side, he entered the penalty area and blazed his shot narrowly over the crossbar.

Sreenidi's Asraf Ali Mondal almost found the net in the 58th minute but his shot cannoned off the upright and Gabriel could not make good use of the rebound.