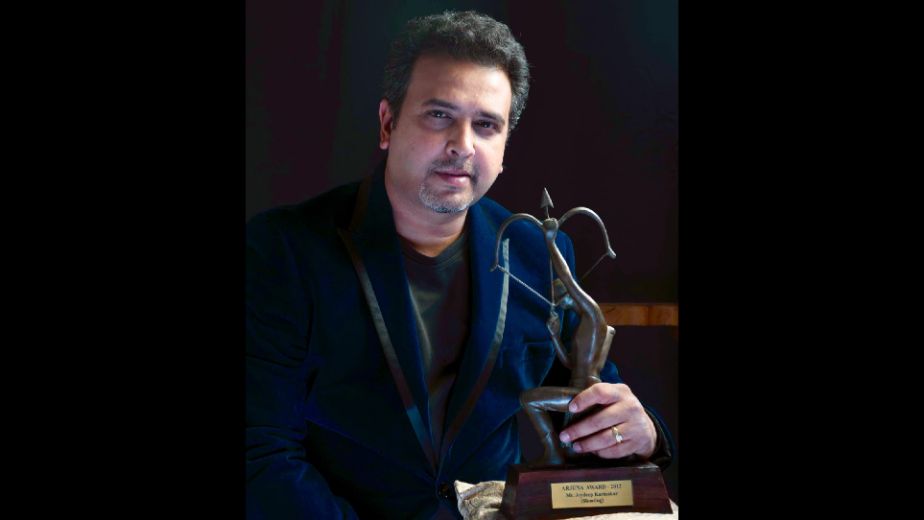 Despite shooting being an under-appreciated sport in India, it’s also the only individual event where an Indian has won an Olympic gold medal. With a history of producing talented shooters, India can boast the likes of Abhinav Bindra, Jaspal Rana, Jitu Rai, Joydeep Karmakar, Vijay Kumar and many more in their arsenal. With the Tokyo Olympics just around the corner, the expectations are at an all time high to bring home the gold.

Q 1) When did you first start shooting and what inspired you to take up the sport professionally?

I started shooting when I was 6, but that was just a hobby like any other kids around. I was enrolled in a local shooting club at the age of 10. Earlier when I was a kid, my uncle gifted me a small air gun, which actually really got me into marksmanship. It was surprising that even while watching films and visuals about gun violence, it never struck my mind to use a gun for any kind of mischief or cruelty against animals. In fact I've never ever harmed any animal with a gun, not even aimed at one! From the word go, it was all about accuracy and marksmanship. I used to feel empowered, as if I had a ‘remote control' in my hand with which I can control my target from a distance. This idea as far as I remember gave me a lot of happiness, apart from the satisfaction of hitting a small target (often match sticks and pencils) at home. I was lucky that my parents were great supporters of sports, and when they came to know about shooting sports at a nearby club, they didn’t hesitate twice to enrol me there. Taking the sport to a competitive level and being serious about it came a little later at the age of 12/13. In my 1st National Championships, I struck the Gold medal with a national record.

Q 2) You have achieved numerous accolades in India and abroad for your performances. Which one is your fondest memory and greatest accomplishment?

The first national medal is obviously special, but I would keep the World Cup Silver in Sydney 2010 to be the toughest and the most memorable. That was and still remains the only Silver medal in the World Cup by any Indian in a 50M prone event. The score 599/600 was 1 point short of the World Record and still remains on books as an Asian and National Record in previous rules. The competitors in the final included stalwarts like the then World Number 1, 3 times Olympic medalists, 6 times World Record holder Sergei Martynov too, whom I was lucky to beat that day.

Q 3) You come from a family of athletes, your father was a national champion swimmer and your Uncle was a footballer. How much of an influence have they had in you taking up shooting?

I will always remain indebted to my family for their immense support for my sport. Apart from my father, my mothers sacrifice and support was immense. We had financial issues, which mostly barred my progress, but they tried their best to provide all support in their meagre means. It was not only about shooting sports, but they encouraged me to play every kind of sport. Parents nowadays are mostly seen to encourage their children to take up sports for a purpose, maybe with a career choice or in hope of making it big, or for that matter to stay fit and healthy. I appreciate that, but on the other hand I think, parents should let their children take up sports or play any kind of sports for their enjoyment and enrichment of their souls.

Q 4) According to you, what needs to be done at the grassroots to encourage the younger generation to take up shooting professionally? Tell us about your academy that you began in 2015.

First and foremost is building shooting infrastructure. It's not a very common or popular sport and still has a long way to go as a mass sport. Having said that, a popular myth is that shooting is for rich people. Yes, it's definitely not a rural sport I must honestly admit, but If you see the composition of the Indian Shooting Team, for that matter even the Olympic Team, you will find 60% or more come from small towns and middle class families.

Let's put things in perspective here. As there is an acute shortage of infrastructure in this sport, it's quite obvious that even if you ask a swimmer to build her own swimming pool or footballers to buy their own football field, the cost of playing that sport will be phenomenally high! When I started shooting, I didn’t have a proper rifle and had to wait for 13 years of my prime to buy a match grade rifle of my own. Now, if the club had that in the first place, It would not have cost me 3 lacs to buy the rifle and moreover ‘waste’ 13 years of my career just struggling with worn out equipment.

This is what motivated me to change this system. With the idea of providing young talents with modern equipment and better shooting facility at an affordable cost, I spent my own resources to set up Joydeep Karmakar Shooting Academy, in a abandoned godown in SAI East Centre, Kolkata. I bought imported rifles so that kids don’t have to buy it or suffer without one for long. Thus the idea “All For Shooting”, “Shooting For All” started off in Kolkata with few shooters and volunteer coaches who pledged to support the noble mission. JKSA still has one of the lowest fee structures in the entire country, and we have managed to upgrade our coaches with better support. Now we have 4 centres in Kolkata and Howrah and will be adding 3 more centres in coming months. We have close to 220 members now and have won all the Overall Champions Trophy in West Bengal from 2019 and 2021.

Q 5) What are some of the challenges that you faced while you were pursuing the sport professionally? How did you overcome them?

Challenges are part of every journey which leads to higher altitude! The financial constraints were a huge roadblock, however my father taught me to take every difficult situation as an opportunity to break the comfort zone and turn the situation to a positive. I was lucky that everytime I faced a struggle, I became stronger than before. It's kind of a “Hulk Effect”! In fact, a very smooth roll wouldn’t have made my journey so meaningful. I didn’t have a proper coach almost all my life, and as I self taught myself most of the shooting techniques, at times reading a few books and mostly watching senior shooters from behind. I remember I used to sit behind shooters for hours just to ‘feel’ what they are feeling, in fact it was a good way to save money too, as I didn’t have ammunition to shoot!! Many times I was faced with apathy from administrators whom young athletes would look up to for help and support, but again, it made me self reliant and strong. Yes, I was hardened and lost respect for many, but again stuck to my business and went ahead towards individual excellence, but in turn I became more closed-in-a-shell, introvert and more a ‘lone wolf’. On the other hand, I would also mention that a lot of love, affection and support came my way too. From an early stage of my career to when I was shooting at an elite level, I have also been lucky on many occasions.

Q 6) What are your goals for the future? How do you plan to achieve them?

Apart from running my academies, coaching and mentoring shooters, I think it's my duty to work on the root cause of shooting sports not being popular and having a lot of myths involved. Spreading awareness about Shooting Sports amongst the common masses and popularising the sport in the country is one of my top most priorities. I'm trying to evolve new formats which can attract more viewers, fans and patrons who in turn will give much impetus to the professional and serious sports shooters. The visual impact of the sport is yet to gain popularity, I am working on that too. Thankfully, we don’t need to work much about the performance level (in terms of convincing the mass) of shooting sports in the country as the current breed of shooters are already doing an amazing job at the International level. Hopefully, with a little support from the government, agencies and corporate sectors we can give wings to this soon.