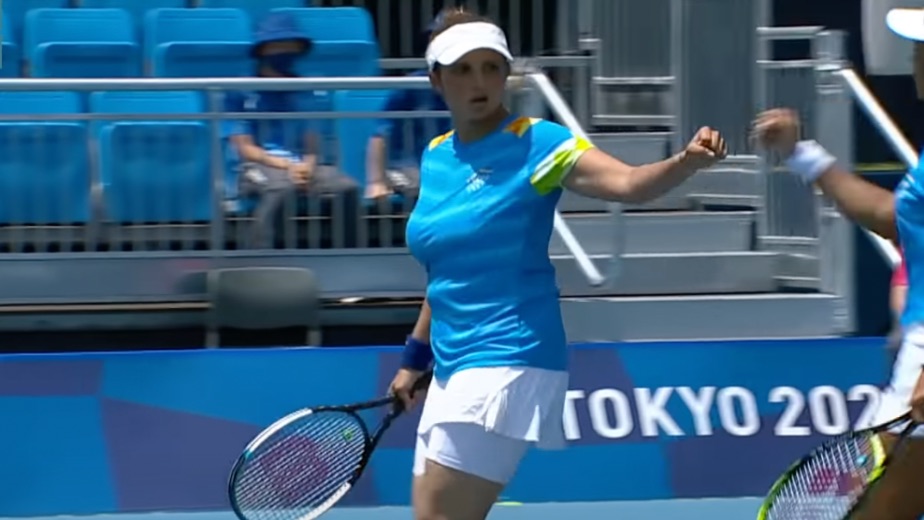 Sania-McHale cruise to semifinals at Cleveland

Cleveland (US), Aug 27 (Tennis news) India's Sania Mirza and her American partner Christina McHale cruised to the semifinals of Tennis in the Land tournament with a straight set win over Lucie Hradecka and Shuai Zhang here.

Mirza and McHale hardly broke a sweat, beating Czech Republic's Hradecka and her Chinese partner Zhang 6-3 6-3 in one hour one minute in the women's doubles quarterfinals Thursday night.

The Indian-American pair impressed on first serve (78.9%) and converted five out of nine break points to claim a comfortable victory.

Also read: A new chapter is beginning to unfold with the next generation of tennis stars hungrier than ever

Mirza and McHale will take on Norway's Ulrikke Eikeri and American Catherine Harrison in the semifinals.

They are yet to drop a set in the tournament as they had defeated Georgia's Oksana Kalashnikova and her Romanian partner Andreea Mitu 6-3 6-2 in the opening round. 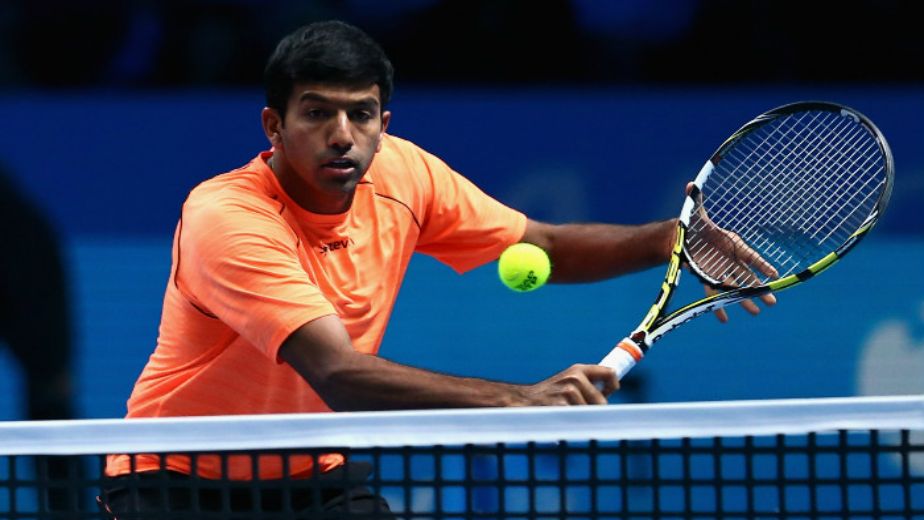 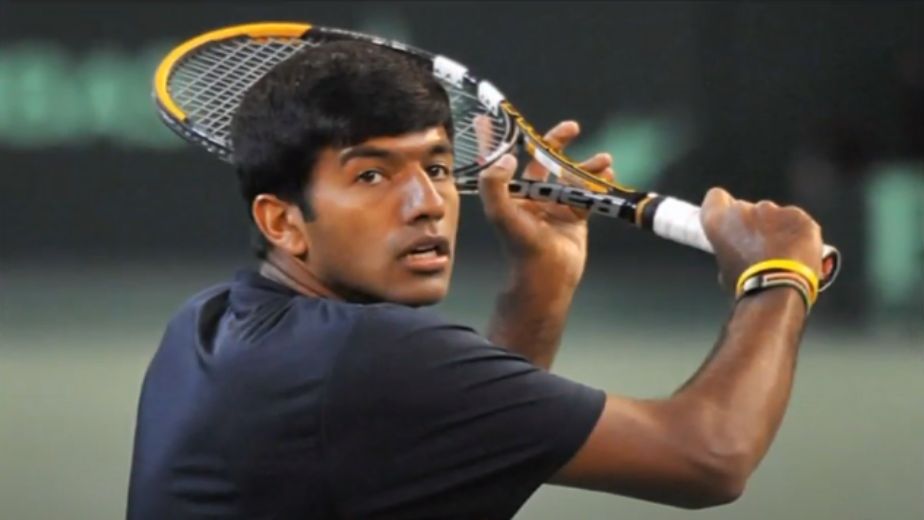 Madrid, May 8 India's Rohan Bopanna and Denis Shapovalov of Canada fought hard before losing in three sets to German duo of Alexander Zverev and Tim Puetz in the men's doubles quarterfinals of the Madrid Open here.

Bopanna and Shapovalov went down 6-4 3-6 10-5 against their German opponents to crash out of the ATP Masters 1000 tournament. The Indo-Candian pair hit five aces as against their opponent's three, but they committed more double faults, which hampered their prospects.

Bopanna and Shapovalov had committed five double faults as against two by the German pair.

The Germans were also better on first serve, with a win percentage of 83 as against 79 by their opponents.

Earlier in the tournament, the unseeded pair of Bopanna and Shapovalov had stunned top seeds Juan Sebastian Cabal and Robert Farah in straight sets.

Bopanna and the 22-year-old Canadian have been teaming up regularly on the doubles tour since 2019. News Source : PTI 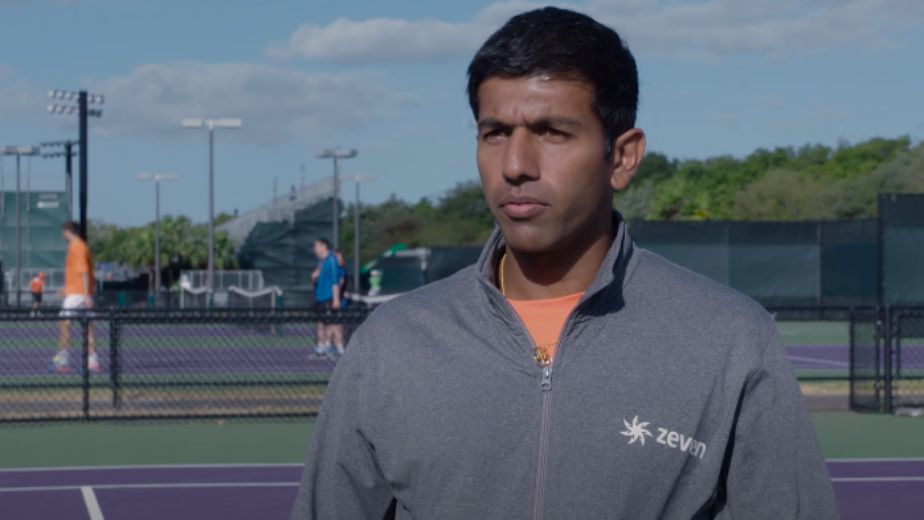 Bopanna and Shapovalov will take on German duo of Alexander Zverev and Tim Puetz in the quarter-finals.

Birmingham, Mar 19 (PTI) Commonwealth Games bronze medallists Ashwini Ponnappa and N Sikki Reddy progressed to the women's doubles quarterfinals of the All England Championships with a straight game win over Bulgarian sisters Gabriela Stoeva and Stefani Stoeva here. The world number 30 pair of Ashwini and Sikki took just 33 minutes to see off the 13th ranked duo of Gabriela and Stefani 21-17 21-10 in the second-round match on Thursday night. The Indian duo has a good opportunity to reach the semifinals as it next faces Netherland's world number 24 Selena Piek and Cheryl Seinen, who were benefitted due to the withdrawal of their Indonesian opponents third seeds Greysia Polii and Apriyani Rahayu. The entire Indonesian team was forced to withdraw on Thursday after the UK Government's National Health Service (NHS) Test and Trace service decided to self-isolate all the players and officials following a COVID-19 case in their flight to London. World number 10 men's doubles pair of Satwiksairaj Rankireddy and Chirag Shetty, seeded sixth, however, couldn't go the distance after losing 16-21 21-11 17-21 to Denmark's Kim Astrup and Anders Skaarup Rasmussen. It was their second consecutive defeat against the world number 13 pair, having lost to them at Swiss Open earlier this month. In the men's singles, Sameer Verma too suffered a second successive loss to third seed Anders Antonsen of Denmark, going down 22-20 21-10 this time in the second round. Mixed pair of Dhruv Kapila and Meghana Jakkampudi also bowed out after losing 19-21 8-21 to Niclas Nohr and Amalie Magelund of Denmark. Olympic silver medallist P V Sindhu and young Lakshya Sen will play their quarterfinal matches against Japan's Akane Yamaguchi and France's Mark Caljouw later in the day.
Read More

Bangkok, Jan 22 (PTI) India's Satwiksairaj Rankireddy and Ashwini Ponappa stunned fifth seeds Peng Soon Chan and Liu Ying Goh of Malaysia in a hard-fought three-game contest to enter the mixed doubles semifinals of the Toyota Thailand Open badminton tournament here on Friday. The unseeded Indian pair toiled hard for one hour and 15 minutes to beat their world no. 6 Malaysian opponents 18-21 24-22 22-20 in a nail-bitting quarterfinal duel. Rankireddy and Ponappa, world no. 22, will be up against the winners of the last quarterfinal match between top seeds Dechapol Puavaranukroh and Sapsiree Taerattanachai of Thailand and Korean duo of Sung Hyun Ko and Hye Won Eom. Sixth seed Indian PV Sindhu will take on Thailand's Ratchanok Intanon, seeded fourth, in the women's singles quarterfinals, while Sameer Verma will play third seed Anders Antonsen of Denmark in the men's singles last-eight round later in the day. Rankireddy will then team up with Chirag Shetty to face Malaysia's Yew Sin Ong and Ee Yi Teo in the men's doubles quarterfinals.
Read More