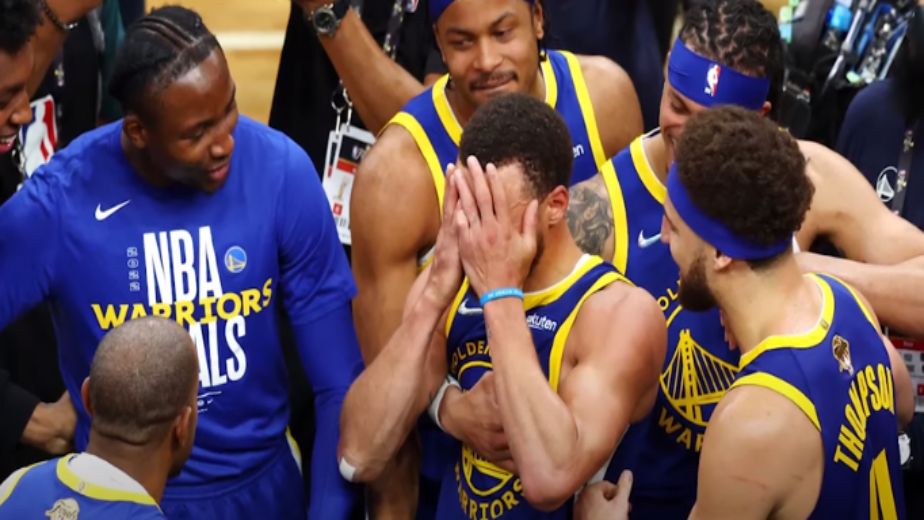 (Basketball news) Golden State Warriors clinched their 4th title in 8 years as they beat the Boston Celtics in game 6 103-90. For the Warriors, Stephen Curry scored 34 points and was named the NBA Finals MVP as they claimed their franchise's seventh championship overall. Andrew Wiggins supported Steph Curry by scoring 18 points as Draymond Green had 12 points and 16 rebounds in an outstanding defensive display carried the Warriors to this year's NBA crown. For the Celtics, Jaylen Brown led the scoring with 34 points but Jayson Tatum finished with just 13, shooting just 6 of 18 from the field as Al Horford scored 19 points. They also committed 22 turnovers, dropping to 1-8 this postseason when committing 16 or more.

For the Boston Celtics it was only their fifth defeat in 22 title-series appearances, which turned their season around to have reached the NBA final. Boston was 25-25 after 50 games, then went on a rampage to get into the finals and nearly claim what would have been just the franchise's second championship since 1986. The Celtics came out firing as they were motivated by the energy from a deafening TD Garden crowd as they took an early 14-2 lead. The Warriors weren't rattled and responded with a 35-8 run that stretched into the second quarter on the way to taking a 22-point lead. The Warriors outscored the Celtics 27-17 for the second quarter and carried a 54-39 lead into the second half as some Celtics fans booed the home team as they left the court for the half-time break. Boston did not give up and fought back in the third quarter, but the Warriors found their range from beyond the arc, connecting on six 3 pointers to bury the game in the 4th quarter.

For Curry, Klay Thompson, Draymond Green and Andre Iguodala, it was their fourth NBA championship. Their first three championship rings came in 2015, 2017 and 2018 when Golden State made it to five consecutive trips to the finals. For Steve Kerr it was his ninth NBA championship overall after winning five as a player also. He also becomes the sixth coach to capture four titles, joining the likes of Phil Jackson, Red Auerbach, John Kundla, Gregg Popovich and Pat Riley. Steph Curry came into life this final and helped Warriors win a record 7th NBA Championship, at this rate Steph Curry is on to achieve GOAT status but funnily enough this was his first finals MVP in his career.

''We found a way to just get it done,'' Curry said after the Warriors accepted the championship trophy and celebrated on the court.

''They're all unique, they're all special,'' coach Steve Kerr said of the multiple titles. ''This one might have been the most unlikely. ... It takes a group effort to get it done and we had a great group.''

''This one hits differently for sure knowing what the last three years meant, what it's been like,'' Curry said. ''Injuries, the changing of the guard, rosters, the young guys. ... Now, we got four championships. Me, Dray, Klay and Andre.

''Finally got that bad boy,'' Curry added, referring to the MVP trophy. ''It's special. ... Everybody mattered in that process.''

Also read: Warriors take the series lead against the Celtics in the NBA Finals 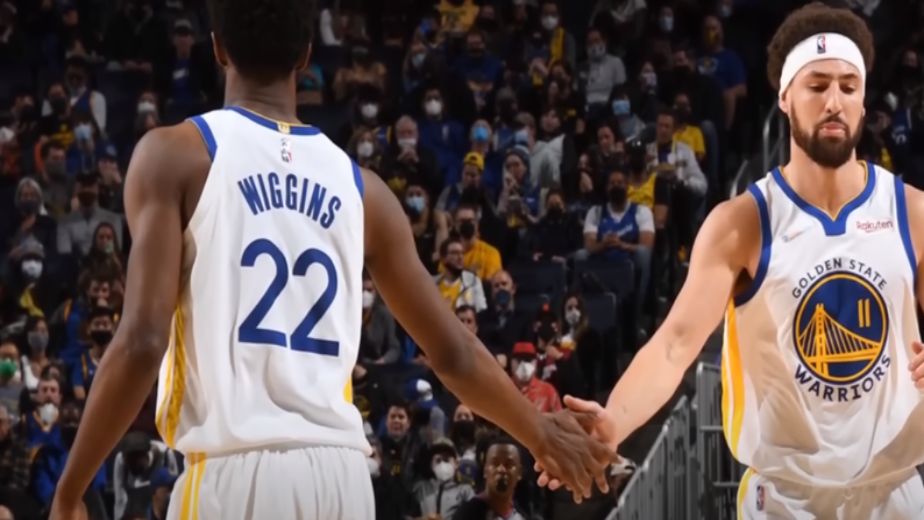 (Basketball news) The Warriors took full advantage of their home support as they took a 3-2 lead against the Boston Celtics in game 5 which they won 104-94. For the Warriors, Wiggins had 26 points and 13 rebounds, Klay Thompson scored 21 points and Curry contributed 16 points and eight assists but was 0 for 9 from 3-point range. For the Celtics, Jayson Tatum had 27 points and 10 rebounds for them, who lost consecutive games for the first time in the postseason, Jaylen Brown was 2 for 11 to start the game and finished with 18 points on 5-of-18 shooting and missed all five of his 3-pointers. Now the Warriors have the chance to win the NBA Championship in the next match as they have the first championship point but they will have to travel to the TD Garden in Boston on the 16th of June.

Steph Curry scored 16 points as the career 3-point leader's NBA-record streak of 132 straight postseason games with at least one 3 pointer ended, along with his NBA-best run of 233 consecutive games with a 3 between regular season and playoffs combined all ended yesterday but the main thing is that they got the all important win and are now just a win away from their 4 title in 8 years. For the Boston Celtic,s the task becomes even more difficult as Warriors tend to thrive in situations like this. The Celtics need their big three of Tatum, Brown and Smart to play out of their skins to level the series. In today's match Steve Kerr celebrated his 25th anniversary of his game-winning shot in Game 6 of the NBA Finals as the Bulls beat the Jazz to clinch a record Chicago's fifth championship in a row.

''An incredible memory obviously. Something every young basketball player dreams of. So to be able to live that was pretty amazing,'' Kerr said, smiling. ''And then the fact that it's 25 years ago just makes me feel old, of course.''

''It's something I dreamt about for sure, being in the league, and this is the ultimate stage,'' Wiggins said. ''It doesn't get bigger than this.''

''Coming into this year, he was an All-Star starter for a reason,'' Draymond Green said. ''... The bigger the challenge has been that we've thrown in front of him, the bigger he's responded. You want a guy like that. When the stage gets big, they respond and play their best basketball, and that's what he's been doing.''

Green knows how Curry will respond: ''He's going to be livid going into Game 6. That's exactly what we need.''

''Definitely we weren't as sharp as we needed to be during times there. Just tough,'' Horford said. ''Definitely now, our backs are against the wall, and we have to see what we're made of.''

''When we're at our best, it's simple ball movement. I think the third quarter showed that. The drive and kick was beautiful, was working, getting guys wide-open shots,'' coach Ime Udoka said.

''A night that he didn't have it going we found offense elsewhere,'' said Green 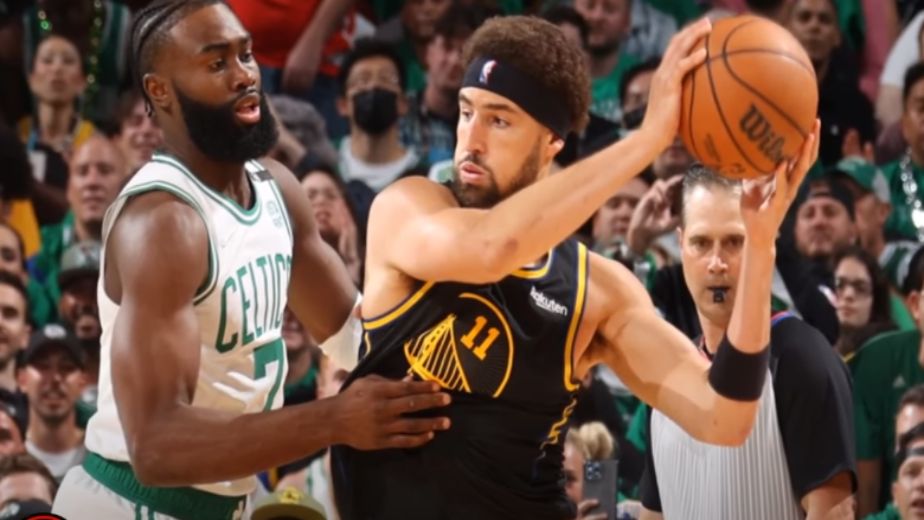 NBA: Celtics take the lead in the NBA finals against the Warriors

(Basketball news) Boston Celtics took the lead in the NBA Final after they won 116-100 against the Golden State Warriors in game 3. For the Celtics, Jaylen Brown scored 27 points, Jayson Tatum added 26 as Marcus Smart added 24 points and helped fuel a defensive effort that held the Warriors to 11 points in the fourth quarter which was subsequently the third-fewest in a finals game in the shot clock era. For the Warriors, Stephen Curry led Golden State with 31 points and six 3-pointers. He had 15 points in a 33-25 third quarter as Klay Thompson broke out of a finals slump and finished with 25 points and five 3s. With this game Celtics have an advantage to win one more home game and take a healthy lead in the NBA Finals this year.

The Warriors' shooting couldn't save them on a night the more athletic Celtics outmuscled them for a 47-31 rebounding advantage which ultimate helped them to win the game by 16 points.The previous 39 times teams have split the first two games of the finals, the winner of Game 3 went on to win the series 82% of the time. Steph and Klay need all their finals experience to guide this relatively young Warriors to another title, at this moment Celtics have been the better team over the three games, and with one more game at the TD garden it could be too late for them to revive the series. If Warriors stand a chance at their 4 titles in the last 7 years then they need to win their next away match against the resurgent Celtics.

''Game 2, they brought the heat to us,'' Smart said. ''For us, that left a bad taste in our mouth because what we hang our hat on is effort on the defensive end and being a physical team. It definitely woke us up a little bit.''

''I think that's when we are at our best when we respond to tough situations. We respond to teams going on runs and things like that,'' he said. ''I think we did that several times tonight.''

''I got caught -- obviously in some pain, but I'll be alright,'' Curry said. ''See how it feels tomorrow and get ready for Friday.''

''We talked about it quite a bit, our group being resilient and being able to fight through a lot of things and at times when it's most needed being able to lock down on defense,'' Celtics coach Ime Udoka said. ''We did in the fourth quarter,'

''The injury didn't force him out of the game, but I took him out down 14 with two minutes left because we weren't going to catch up,'' Kerr said.

Also read: Warriors bounce back in game 2 against the Celtics in the NBA Finals