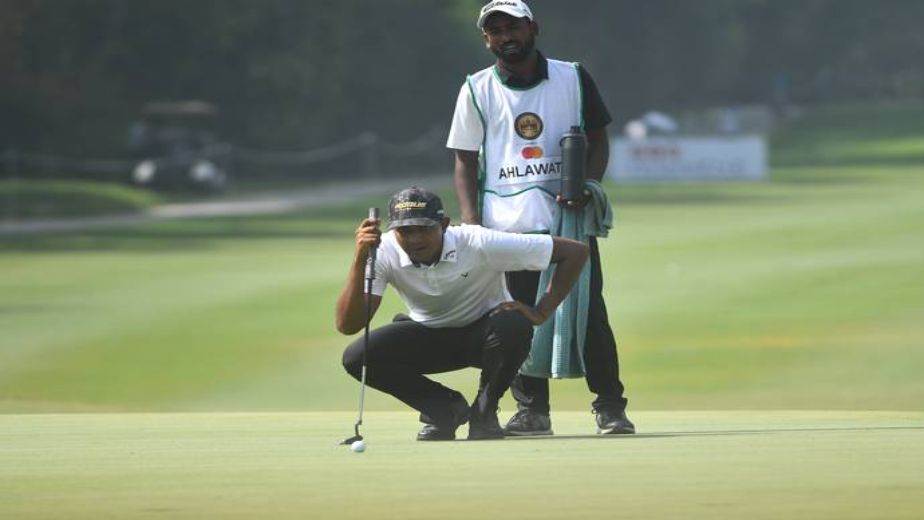 New Delhi, Mar 25 (Golf News) Veer Ahlawat and Ajeetesh Sandhu played bogey-free rounds of 67 and 68 to take the first and second positions respectively at the midway stage of The DGC Open golf tournament here on Friday.

Ahlawat, looking for his maiden win on the Asian Tour, is nine-under and two clear of Sandhu, who is looking to add to the lone Asian Tour win he had in Chinese Taipei in 2017.

Gaganjeet Bhullar played his best-ever round at the DGC with a six-under 66 that included five birdies in a row from 13th to 18th after starting on the 10th.

Bhullar (73-66) was tied-fourth with two other Thailand golfers in Chanat Sakulpolphaisan and Kasidit Lepkurte as the top six at the USD 500,000 Asian Tour event had three Indians and three Thais.

Sandhu was one of the few to buck the trend of the morning starters dominating the leaderboard with his bogey-free round late in the afternoon. He needed a small slice of luck with a tricky third shot over the greenside bunker on the ninth hole and an up-and-down to keep a clean card.

Ahlawat, who has been looking good on the domestic Tour and also had a good showing when the Asian Tour resumed action, said, "My swing is feeling pretty good so I was confident that if I keep hitting it in the fairway, I'm going to hit good second shots." "That was my plan for today. Just keep it in play - you don't have to get long off the tee, just keep it in play. I started pretty good on the back nine and kept sticking it really close and made five birdies.

"On the front nine, I missed a chip-putt on the first for birdie and after that, I did hit it pretty close. I did save a few par putts like on the seventh where I holed a six-footer and then on the last hole I made a 15-footer for par." Sandhu felt he had left a few shots out on the course but was satisfied with his effort overall.

"I'm happy but I think there were a lot of missed opportunities again, but that's OK. It was tough with the wind. I think you really had be patient, but the greens are excellent. If you miss a putt, you can't really complain about the surface, it's your fault. The course is playing fantastic." Bhullar went on a tear towards the end of his outbound nine, rolling in five birdies in a row after a bogey-birdie swap to turn in five-under 31. He then picked up two further shots but gave one back in a six-under 66 card for the day.

Shiv Kapur survived a difficult second day to sit on level par 144 (71-73) in a tie for 22nd place after coming back from four-over through 10 holes to one-over for the round.

Overnight joint leader Shankar Das was down in shared 12th place at three-under 141 (67-74) after a difficult second day. Australian Travis Smyth struggled in the tougher afternoon conditions as he slipped into a tie for seventh place on four-under 140 (67-73).

In all, 67 professionals went through to the money rounds in an event that has seen scores on the higher side on the first two days. None of the amateurs made the cut. 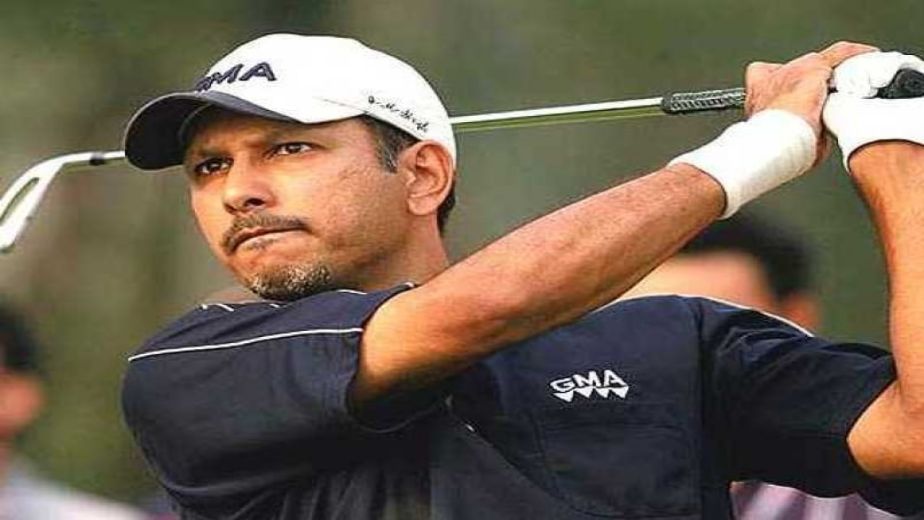 Jeev will be playing a professional event in Kolkata for the first time since 2016 when he tees off at the revered Tollygunge Club.

The fourth event of the 2022 TATA Steel PGTI season, which carries a prize purse of Rs. 50 lakh, consists of 132 players including 129 professionals and three amateurs.

It is a 72-hole stroke play event with the cut being applied after 36 holes.

At the previous PGTI Players Championship held at Tollygunge Club in 2016, Karandeep Kochhar, while still an amateur, created history by becoming the youngest player to win on the PGTI at the age of 17 years and 163 days. As a result, he also became the first Indian amateur to win on the PGTI.

Besides Chawrasia, Gangjee and Madappa, the other prominent Kolkata-based professionals in the field are Shankar Das, Feroz Ali Mollah, Sunit Chowrasia, Divyanshu Bajaj and Mohammad Sanju. 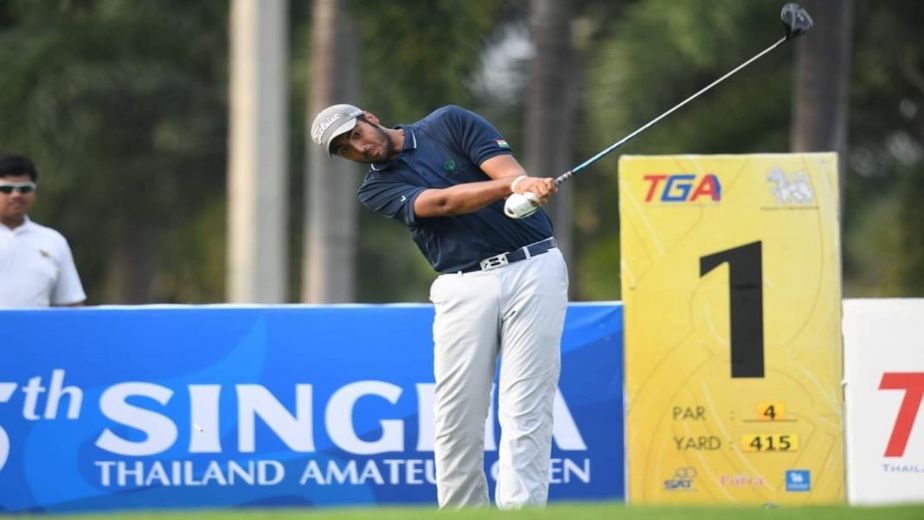 India's Sethie placed third after round one of Chattogram Open

Chattogram (Bangladesh), Mar 9 (Golf News) Harshjeet Singh Sethie was the highest-placed Indian golfer at the Mujib Borsho Chattogram Open after a round of three-under 69 that placed him third while local lad Mohammed Akbar Hossain fired an opening round of five-under 67 to take lead here on Wednesday.

Hossain has a one-shot lead over compatriot Mohammed Razu (68) at the Bhatiary Golf & Country Club which is staging the third event of the 2022 TATA Steel PGTI season and the first Official World Golf Ranking (OWGR) event in Bangladesh in three years.

Sethie began the day with three straight birdies on the 10th, 11th and 12th but dropped two bogeys on the back-nine. The six-feet six-inch tall Sethie, who turned professional in 2020, added four more birdies to his card on the front-nine in exchange for two bogeys.

Hossain, a 10th tee starter, made early inroads with birdies on the 11th, 12th and 13th. He then picked up two more strokes on the 16th and 18th to go five-under at the turn. However, he had a relatively quiet front-nine making a birdie and a bogey each.

Hossain, who earned his full card on the PGTI this season after finishing inside the top-40 at the Qualifying School, said, "I hit it close throughout the day today. My iron shots were very accurate and helped me set up short birdie putts. I had 15 greens in regulation and landed it within three feet on three occasions." Razu enjoyed an error-free day with an eagle-two on the 10th and two birdies to be hot on the heels of the leader.

There was a three-way tie for fourth place at two-under 70 between Mohammed Rasel of Bangladesh, India's Shankar Das and Sri Lanka's N Thangaraja.

Bangladesh's premier golfer Siddikur Rahman, one of the pre-tournament favourites, was among the 16 players bunched in tied seventh place at 71.

Zamal Hossain Mollah, another prominent name from Bangladesh, was in tied 34th position with a score of 74.

Also Read : Ahed of PLAYERS C'ship, Lahiri says he is close to 'finding the code' to his game 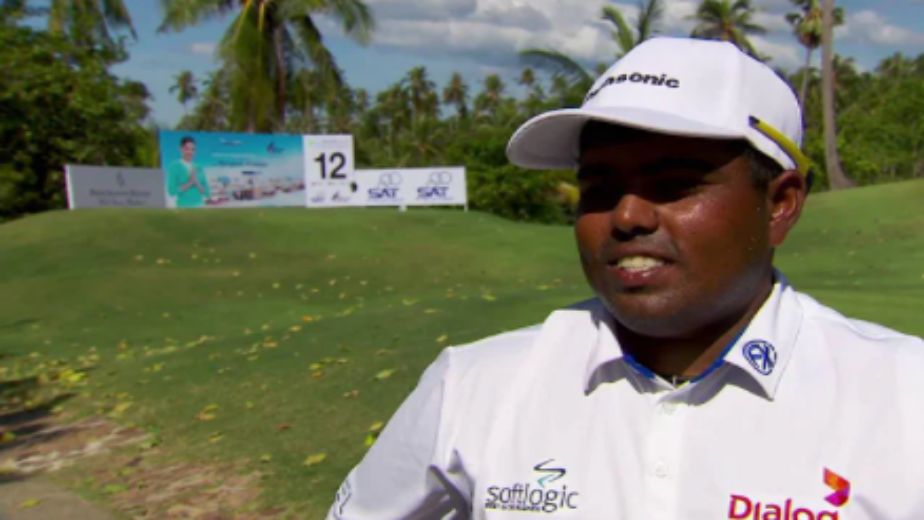 "We look forward to this event growing into one of the biggest attractions in Kolkata, one of India's leading golfing centres, in the future," PGTI CEO Uttam Singh Mundy said.

"We're excited about returning to the RCGC, one of the top championship venues in the country, after a gap of two years." Cricket legend Kapil Dev, who was included into PGTI as a board member, will also attend the meet and interact with the participants during his brief one-day visit on Friday. 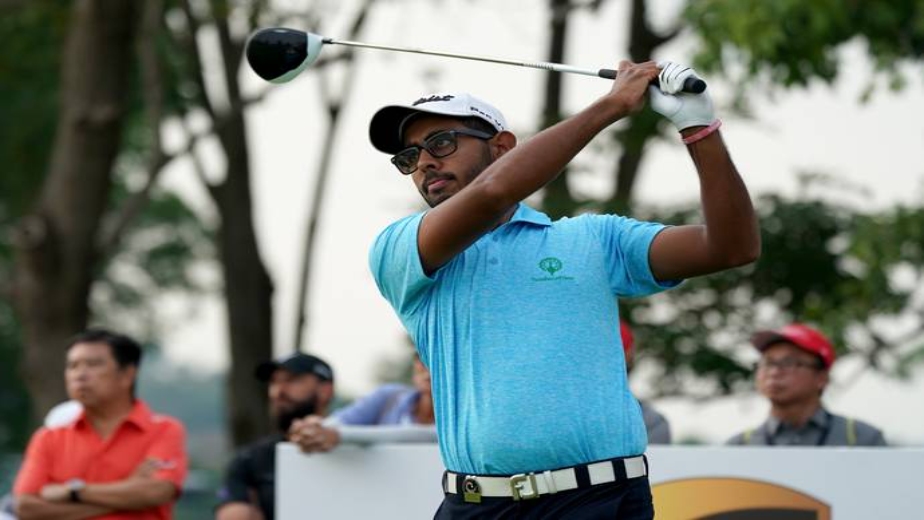 Sandhu clinches maiden title with dominating final round of 64

The 24-year-old Yuvraj, the overnight leader by two shots, came up with an eagle, eight birdies and two bogeys in round four to pick up the winning cheque worth Rs. 9,69,900 and thus zoom from 11th place to sixth position in the PGTI Order of Merit for 2020-2021 with his season's earnings moving to a total of Rs. 33,69,400.

Sandhu, the son of an Army officer, had enjoyed an exceptional season prior to landing in Digboi with nine previous top-10s including six in the last seven events.

The two-time winner on the PGTI Feeder Tour began the day with a bogey on the first but soon regained ground with birdies on the third, fifth and seventh. He chipped-in on the fifth.

From the third till the eighth hole, M Dharma was breathing down Yuvraj's neck as the former sank five birdies to trail the latter by just one shot. However, a couple of erratic shots led to Dharma's double-bogey on the ninth.

Sandhu then made a crucial chip-putt birdie on the 11th to seize the momentum as he got on a hot streak making three birdies, an eagle and a birdie on the next five holes that stretched his lead to seven shots and sealed the deal for him.

Yuvraj, the 2019 PGTI Feeder Tour Order of Merit champion, produced two excellent drives, a 30-feet conversion and two 10-feet conversions during his dream run from the 11th to the 16th.

Sandhu's bogey on the 17th didn't change the equation as his nearest rival Dharma was a fair distance away with just three birdies on the back-nine.

Yuvraj, the leader for the previous two days, said, "I started with the same feeling as the first three days but Dharma played some phenomenal golf on the first eight holes and he gave me a tough time on the front-nine. But on the back-nine I got the reins back and took control.

"I've let my clubs do the talking, all the hard work I've put in is paying off. I can't be more thankful to my team consisting of my coach and physio. They've all been part of this process.

It's a special moment for me and I want to treasure it. I want to let it sink in and get my tub of ice cream to celebrate." Delhi's Sachin Baisoya (66) matched his career-best finish of tied third as he totalled 15-under 273 for the week. 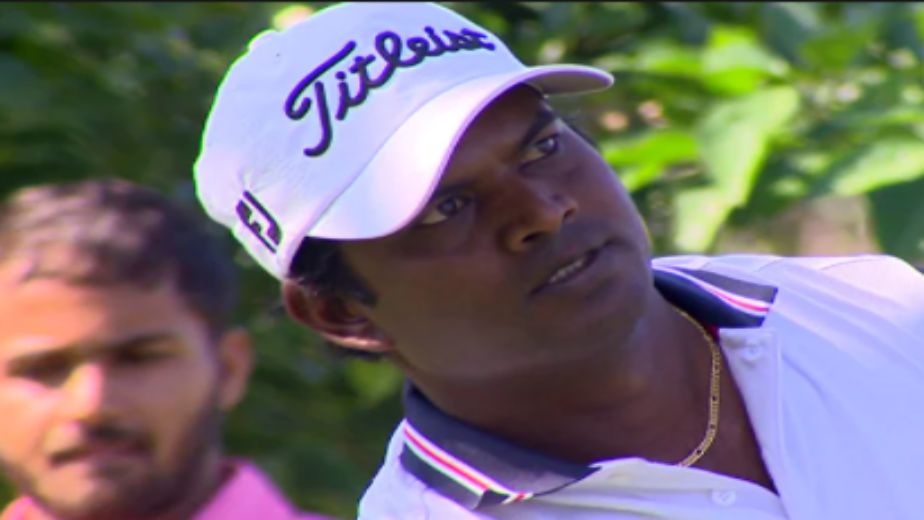 The Rs 60 lakh event, which is being held under the aegis of the TATA Steel Professional Golf Tour of India, will feature a field of 117 players, including 115 professionals and two amateurs.

The top 50 players and ties will make the cut after round two.