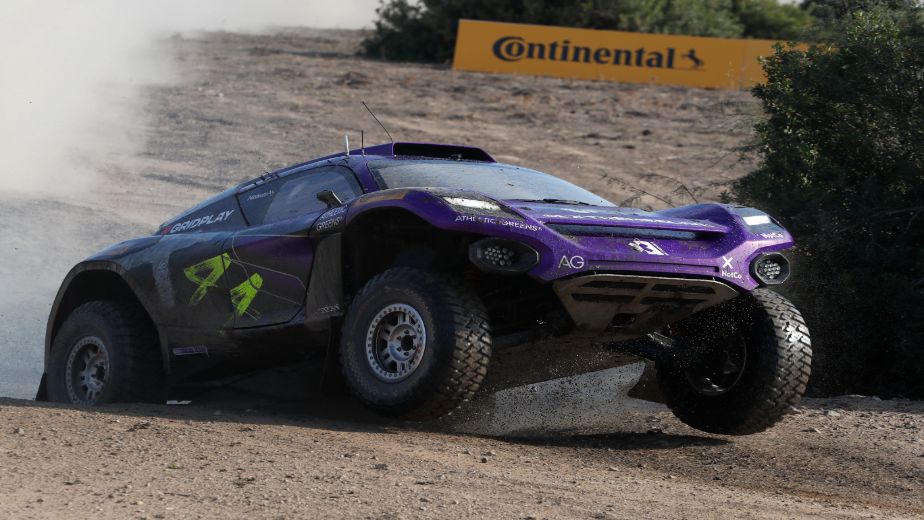 (Motorsports news) The action got underway in Sardinia today as 18 drivers had their first taste of the 7-kilometre Enel X Island X Prix course, it was the most anticipated and challenging experience so far this season.

Solid rock bases and water splashes were the new challenges in the Extreme E field, and being able to master these difficult conditions quickly ensures there is a lot of scope to improve in the series’ inaugural European round.

Alejandro Agag, Founder and CEO of Extreme E, said: “We love this location and it’s great also to see St. Helena from the course. It’s really great to be in Europe and the response we have had to the race has been fantastic.

“I would like to thank our hosts, the Italian Army, and the region of Sardinia which is truly an amazing place. It is also great to have the Island X Prix’s title sponsor, Enel X, here this weekend. We have a very long relationship with Enel X, first from Formula E and now with Extreme E.

Michele Cecchini, Head of E Motorsport at Enel X, said: “We at Enel X are very proud to be here as part of this championship. It’s extremely fascinating in terms of sustainability and how we can improve motorsport, and we are super excited to be a part of that.

“We want to develop technologies, we want to develop effective solutions and we believe that in motorsport we can really define what the real requirements are. We like the idea of accelerating what we are doing with motorsport, particularly in Sardinia.

“It has been hard to see what has happened here in Sardinia, and so alongside developing sustainable solutions we are very pleased that we have been able to be part of the recovery programme here.”

A brief Shakedown session was followed by Free Practice, seeing the cars back on the course for the first time since August certainly set the tone for tomorrow’s qualifying runs and Sunday’s all-important Finals.

Championship challenger X44 was the fastest out of the blocks in the Free Practice session, posting a total time of 11:53:421 to lead the field. SEGI TV Chip Ganassi Racing were second quickest, just under 20 seconds off X44’s pace. Behind them were the early Free Practice pace-setters Veloce Racing, who ensured they finished third fastest. XITE ENERGY RACING enjoyed a solid start to the weekend and ended the session in fourth ahead of Championship leaders Rosberg X Racing who completed the top five in the practice session.

The top-two last time out in Greenland endured a troubled start to the Enel X Island X Prix. Both Andretti United Extreme E and JBXE suffered significant damage in Free Practice which meant they were unable to complete their respective runs, with both squads in a race against time to get their cars fixed ahead of tomorrow’s qualifying sessions.

Sébastien Loeb, X44, said: “I have some good memories from Sardinia in WRC, so I like this surface to drive on. It is a bit different from what we had in the other events with a lot of sand and big ruts, so you know it is hard. It is a bit more like a rallying style of driving, with more routes and some tight corners.

“Hopefully it will be fine for us and hopefully the other teams will find the solutions to the different problems they had so we will have a good fight this weekend.”

Sara Price, SEGI TV Chip Ganassi Racing, said: “I like this kind of terrain – it reminds me of home and also the Baja. It is going well so far and we just want to keep it that way, so we’re going to go out there and do the best we possibly can.”

Carlos Sainz Snr., ACCIONA | Sainz XE Team said: “In terms of driving I really like the course. It is very complete – you have low, medium and high-speed elements and I would say it is a complete course. It is challenging and that’s good.

“We are hoping for a good weekend, but we have unfortunately not started well. We had an issue in practice which meant we couldn’t complete the run – we lost our power steering which meant that I nearly lost the car on the course. It is a pity, especially for Laia [Sanz] being unable to get a true feel for the car. It means we go into qualifying with a lot of unknowns, but hopefully we can prepare well and have a good run tomorrow."

Molly Taylor, Rosberg X Racing, said: “You have to take every corner as it comes. It is interesting because you can see that there is a lot of attrition and typically on a course like this it is more of an endurance course, but then you only have 7-kilometre of it so it is also a sprint. Managing that is certainly a challenge here. We just need to take every corner as it comes and see where we’re at and put our best foot forward.”

Catie Munnings, Andretti United Extreme E, said: “When I did the course walk, I was really nervous about it as it’s really rough and bumpy. I would say it’s one of the hardest courses we’ve had in the championship, especially after coming off smooth Greenland - but I’ve actually really enjoyed it. I thought it would be one of those things where you are trying to survive, but I managed to get in the flow with it.

“Timmy [Hansen] touched a rock on his run and that broke a rear damper. It wasn’t a perfect run for me either, but the sectors were fast and we’ll look to build on that tomorrow.”

Mikaela Åhlin-Kottulinsky, JBXE: “We had a rough start. Neither Kevin nor I managed to do a lap in free practice so it is going to be tough for sure for tomorrow. But we had a good weekend in Greenland, we showed good pace, and we just want to keep going that way.

“We have been watching the others, though, so we will try to figure out what are the best lines and then just drive after what we see. It is a challenging course, so I think it is about pushing where you can push and keeping it safe where you have to keep it safe.”

Qualifying for the Enel X Island X Prix gets underway tomorrow and will be shown across a number of broadcasters including Mediaset in Italy, Fox Sports in the USA, ITV, Sky Sports, BBC digital channels and BT Sport in the UK, Teledeporte in Spain, Prosieben MAXX in Germany, as well as Eurosport across most European Markets. 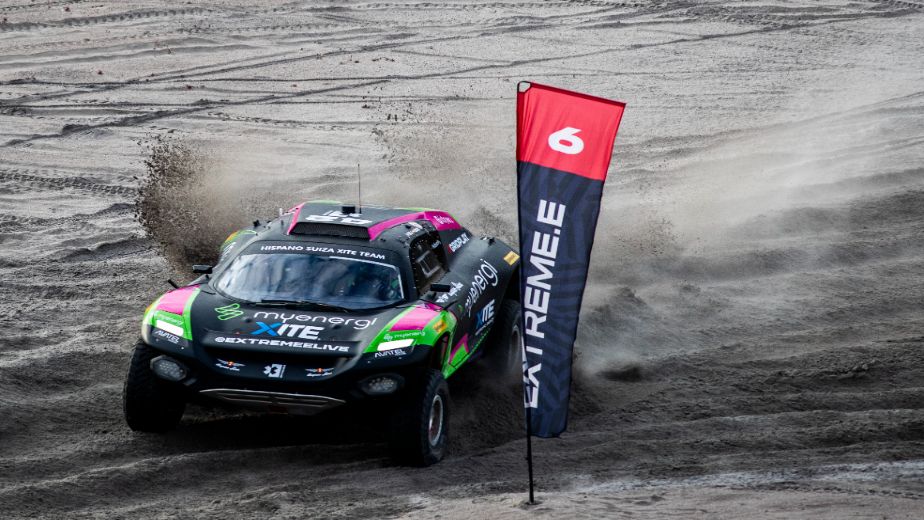 As part of the series’ growing expansion in Ukraine, Setanta Sports will show Extreme E’s full debut season, including the live race feed, highlights, preview, review and magazine shows on its Setanta Sports and Setanta Sports + channels, as well as on-demand on its digital outlet: https://www.setantaplay.tv.

With its population becoming more and more aware of the negative impact of air pollution caused by fossil fuel, Ukraine’s electric car market has shown major growth in recent years. In 2020, the number of electric cars on the roads grew by 375 per cent since 2018, and the country currently boasts the biggest number of public charging points compared to its nearest EU countries – with more than 8,500 (a 57 per cent increase compared to the same period two years ago).

Ali Russell, Chief Marketing Officer at Extreme E, said: “We are thrilled to be announcing Setanta Sports as our latest broadcaster. As a sport for purpose championship which is committed to amplifying the benefits of electrification, it is important to further the exposure of Extreme E in a market where EV sales are continuing to increase.

“There is an even greater purpose to our championship than the radical racing on show, with the need to reduce carbon emissions and combat the climate crisis, something which Ukraine has clearly recognised. As we expand our coverage in Ukraine by partnering with Setanta Sports, I am confident that there will be continued interest in the action-packed wheel-to-wheel racing delivered by Extreme E, as well as the wider storytelling around electrification, the environment and the series’ gender equal platform.”

Following the races in Saudi Arabia, Senegal and Greenland the series now goes on to visit Sardinia (23-24 October 2021). The locations that the championship visits are all, in some way, affected by environmental issues such as desertification, deforestation, melting ice caps, plastic pollution, and rising carbon emissions. By holding races in areas that are suffering at the hands of the environmental crisis, the aim is to raise viewers' awareness and interest in environmental issues.