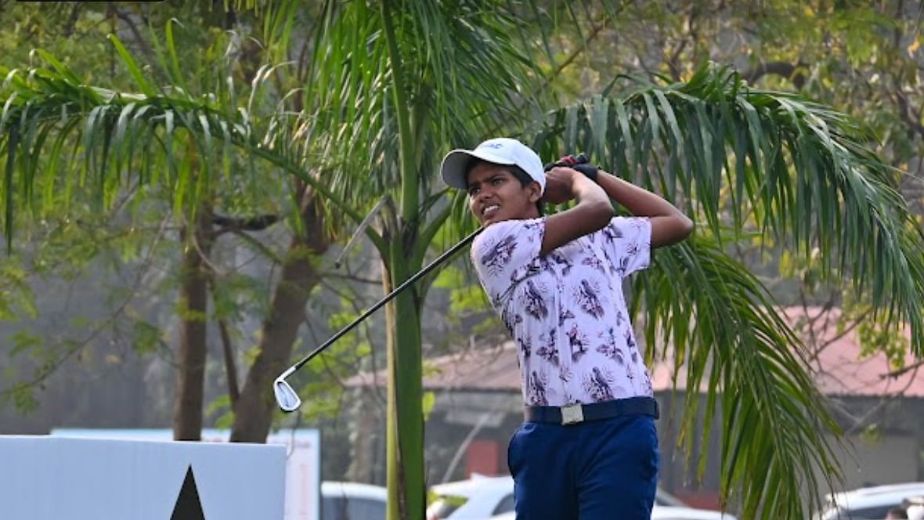 Visakhapatnam, Feb 18 (Golf News) Amateur Sneha Singh grabbed the second leg of the Hero Women’s Pro Golf Tour to ensure that she would figure in the list of champions for the fourth straight year as she played one of the best nine hole stretches in the history of the Tour, here.

Sneha, trailing Jahanvi Bakshi by two shots after the second round, fell back even more after a bogey-bogey start. To make it worse, the overnight leader birdied the second and the lead swelled to five shots.

Yet by the end of the day, Sneha won by three shots, as she shot 7-under 29 on the back nine of the Par-72 layout at the East Point Golf Club. The nine-hole run had four birdies and the first ever albatross on the Hero WPGT as Sneha holed her wedge shot from just over 120 yards.

While Sneha took the trophy, Jahanvi picked up the winning cheque as the top professional.

With Jahanvi dropping shots on two par 5s and managing only two birdies on the home stretch, she ended with 71 for her third successive under par round.

However, Sneha, who had brought down the deficit to four when the leaders took the turn, was in sizzling form.

After birdies on 10th and 13th she holed her second shot on the Par-5 14h for an albatross which put her back into contention. Further birdies on 15th and 17th sealed her first win of 2022 and her fourth on Hero WPGT while still an amateur. It was among the finest nine-hole runs in Indian women’s golf.

Sneha has now won at least once each year since 2019.

The Hyderabad-based Sneha, who started playing at the famous Royal Calcutta Golf Club before she was four, is now based in Hyderabad. She is coached by her father, Sanjay Kumar Singh, Class A certified Golf Teaching Professional and a former Professional golfer on the men’s Indian Tour. Apart from her pro wins, she has won both the All India Juniors and the All India Ladies Amateur Golf Championship.

Pranavi Urs, winner of the first leg, finally got an under par round this week with 71. Nayanika Sanga (74) and Neha Tripathi (78) were Tied-seventh. Neha went 10 shots more than her second round 68. Amateur Vidhatri Urs and Hitaashee Bakshi were tied tenth.

Jahanvi with her second place finish but 1st amongst the professionals overtook Pranavi on the Hero Order of Merit. Pranavi was second and Gaurika Bishnoi was third after two events. 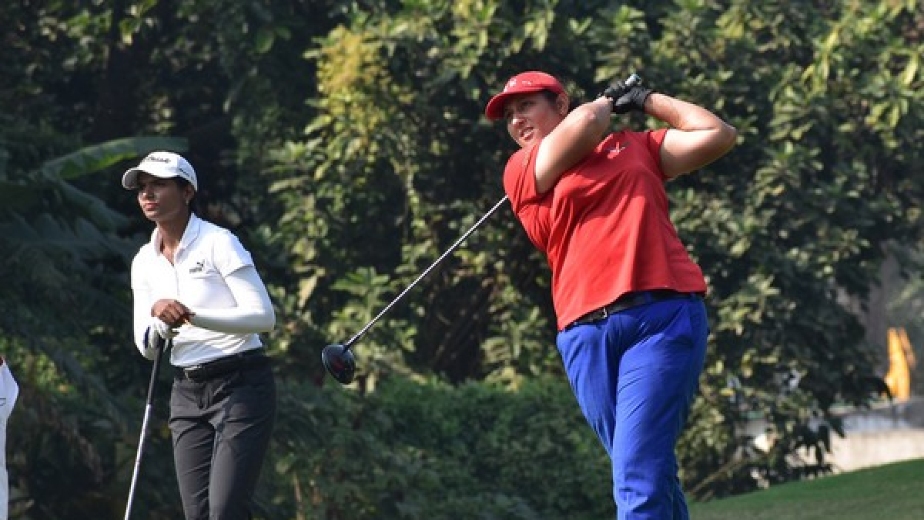 The 21-year-old's previous best was tied-second (alongside Tvesa Malik) and behind Amandeep Drall, in her rookie year 2018, at the Boulder Hills in Hyderabad. Khushi was also the Rookie of the Year in 2018.

Khushi, who learnt most of her early golf at the Ram Bagh Golf Club in Jaipur, shot an even par 72 on the strength of three birdies in the last four holes, during which she also had a bogey on 16th.

Her round of 72, the best of the day, got her to a total of 229, one better than the trio of amateur Smriti Bhargava (77), Shweta Mansingh (77) and overnight leader Seher Atwal (80), all of whom were tied for second.

As Khushi played in the second last group, she finished at 229 and waited for the final group. A birdie for any of the three, Smriti, Seher and Shweta, playing together, would have sent the tournament into a play-off.

However, all three parred and stayed one behind to share the runner-up spot.

While Khushi landed four birdies, three of them in the last four holes, neither Smriti Bhargav nor Seher managed to find any birdies on the final day. 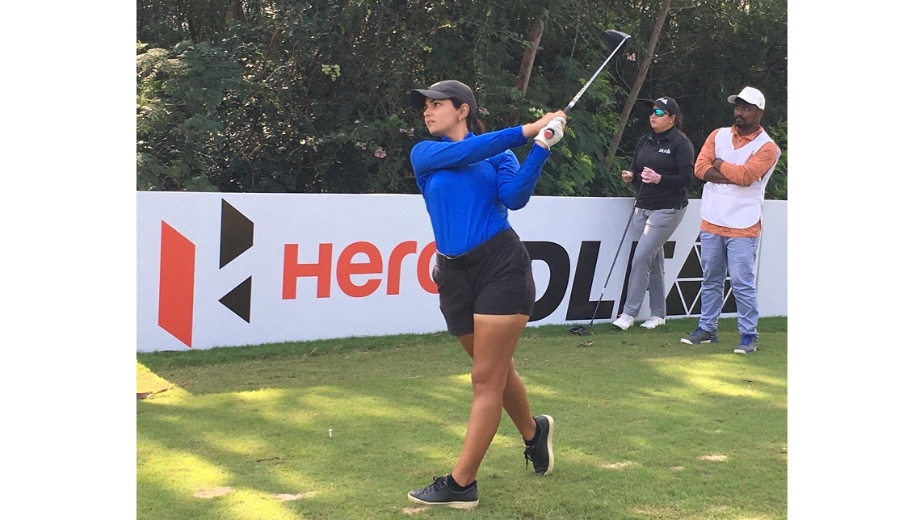 Kolkata, Dec 15 (Golf News) Seher Atwal, who registered a breakthrough win earlier this year, took a slender one-shot lead in the first round of the 15th and final leg of the Hero Women’s Pro Golf Tour here on Wednesday.

Seher, who missed making the final stage of the Ladies by one shot, carded 3-over 75 on the first day at the Royal Calcutta Golf Club. She was one shot ahead of Neha Tripathi and two clear of last week’s winner Ridhima Dilawari.

Four players, including two amateurs in Smriti Bhargav and Agrima Manral, were tied for fourth at 6-over 78. The two pros in the bunch were Lakhmehar Pardesi and Trimann Saluja.

Seher, winner of the fourth leg this year in Pune, overcame a double bogey and three others bogeys in her 75. Her two birdies came on the par-5 fourth and par-4 12th.

Neha Tripathi also had two birdies but she also dropped six bogeys in her 76, while Ridhima had just one birdie on the par-5 15th and six bogeys on a day when the scores were modest.

Jyotsana Singh and Rhea Purvi Saravanan were tied for eighth at 79 each, while five players were together at 8-over 80 in Tied-10th place.

The back nine played rather difficult and only Seher was even for it while all others went over par for the stretch. No player birdied the 18th. 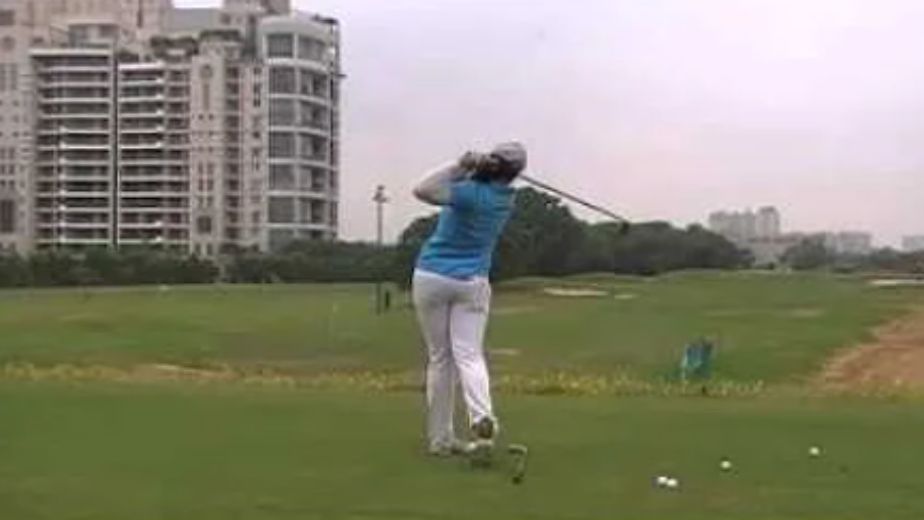 Kolkata, Dec 10 (Golf news) Ridhima Dilawari flirted with danger throughout the final day and, despite a triple bogey on the final hole of the third round, won the 14th leg of the Hero Women's Golf Tour at the Tollygunge Club here on Friday.

Time and again she fell back only to fight back before holding on for a second title in 2021.

Ridhima, who was tied-second overnight, birdied the 16th and 17th and led by four when she came to the finishing Par-3 18th which she triple bogeyed to go from one-over to four-over.

Ridhima was helped by the cushion of a four-shot lead when she came to the 18th. Her closest rival, Saaniya Sharna, who had an up-and-down round of 75, managed only a par.

The leader of the first two rounds, Lakhmehar Pardesi was unable to find the form of first two days and could not land a single birdie. Her seven bogeys meant seven-over 77 and that dashed her hopes of a second career title, and also the second one of the year.

Ridhima, who had won the opening leg in 2021 in January, thus added a second title. She began on a nervous note with bogeys on first and third and fell behind Lakhmehar and Saaniya.

Then Lakhmehar and Saaniya bogeyed fourth and fifth to allow Ridhima, who parred the two holes, back into the frame.

Ridhima grabbed her chance by landing birdies on seventh and 10th. Then came the choppy part with three bogeys on 11th, 14th and 15th, but once again Ridhima clawed her way back with birdies on 16th and 17th.

The drama did not end there as Ridhima was again in danger of losing the lead and with it the title with a triple bogey. However, on this occasion she held on and holes ran out for her rivals.

Despite the win Ridhima was seventh on the Hero Order of Merit, which has been combined for 2020 and 2021. Ridhima won once in 2020 and twice in 2021. The leader is Amandeep Drall followed by Vani Kapoor and Jahanvi Bakshi.

The 15th and final leg of the Hero WPGT 2021 will be held next week at the Royal Calcutta Golf Club.

Also Read : Lakhmehar leads by one shot at Hero WPGT 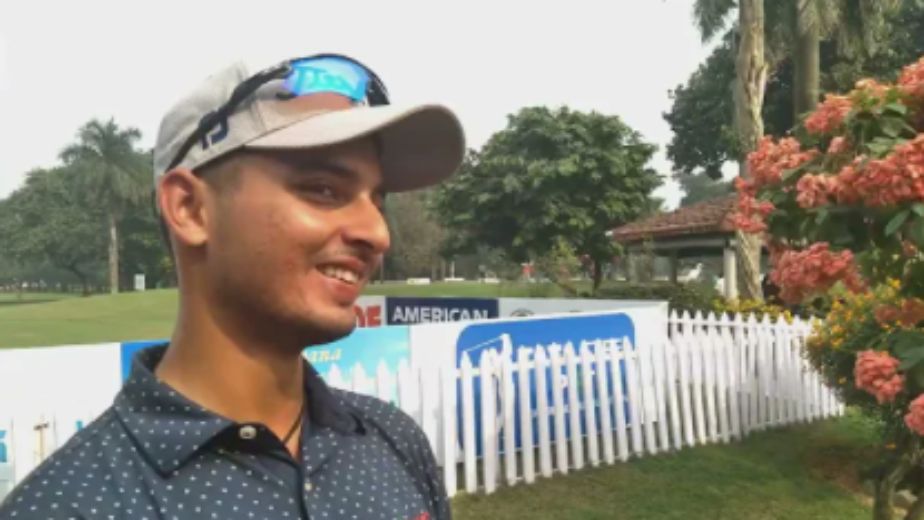 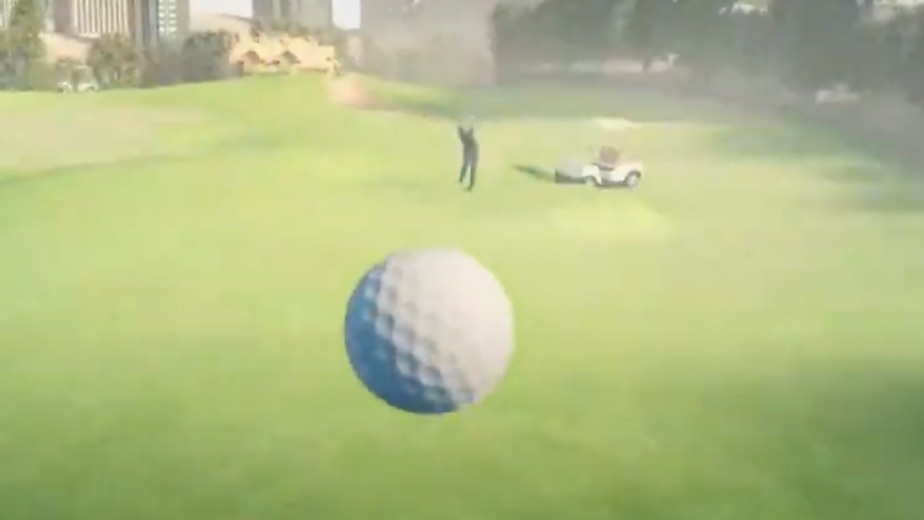 New Delhi, Aug 26 (Sports news) The Tata Steel PGTI will resume its season on September 2 after a COVID-19 enforced break with men's professional golf set to return to the Kashmir Valley after a seven year-hiatus, the organisers announced on Thursday.

The combined 2020-2021 season has so far witnessed 10 tournaments, seven of which were staged between November last year to March 2021, after the outbreak of the COVID-19 pandemic.

Ten events are scheduled to be played between September to December with the season resuming with the Golconda Masters Telangana Open, which will be played at the Hyderabad Golf Club from September 2-5. The prize purse for the tenth edition of the event is Rs. 40 lakh.

It will be followed by the TATA Steel PGTI Players Championship, that has a prize purse of Rs. 50 lakh, to be played at the Panchkula Golf Club from September 8-11.

The inaugural J&K Open will be staged at the Royal Springs Golf Course in Srinagar from September 15-18. The event marks the return of men's professional golf to the Kashmir Valley after seven years.

The PGTI staged its last two events in the region in Pahalgam and Srinagar in July 2014. The tournament will offer a prize purse of Rs. 40 lakh.

October will see the launch of yet another new event with the inaugural TATA Steel PGTI Players Championship presented by Delhi Golf Club slated to be held from October 5-8.

The prize purse for the event is Rs. 50 lakh. The PGTI will be staging a full-field event (not co-sanctioned by Asian Tour) at the Delhi Golf Club after seven years.

The Jaipur Open will also be held in October from 12 to 15 at the Rambagh Golf Club in Jaipur and the Jeev Milkha Singh Invitational scheduled at the Chandigarh Golf Club from November 11-14. The event boasts a prize purse of Rs. 1.5 crore.

The season ending Tata Steel Tour Championship will carry an impressive prize purse of Rs 1.5 crore. It will be played at the Golmuri and Beldih Golf Courses in Jamshedpur from December 16-19.

In a major boost ahead of the resumption of the season, the Tour has signed two new partners -- American Express and and Amrutanjan Health Care Limited.

Uttam Singh Mundy, CEO, PGTI, said, "Our country has seen the most unprecedented and difficult times over the last few months. Fortunately, with the Covid situation having improved and life slowly coming back to normal, we at PGTI plan to restart the tour in September 2021." "The PGTI will continue to follow strict regulations in order to take all precautions against Covid-19 and ensure the smooth functioning of tournaments." World Cup-winning cricket captain and Board Member, PGTI, Kapil Dev said, "We at the PGTI are delighted to announce a healthy schedule with a number of tournaments lined up between September to December.

"We thank all our partners, tournament sponsors and host clubs for supporting our efforts despite the challenges posed by the pandemic and the tough circumstances that we find ourselves.