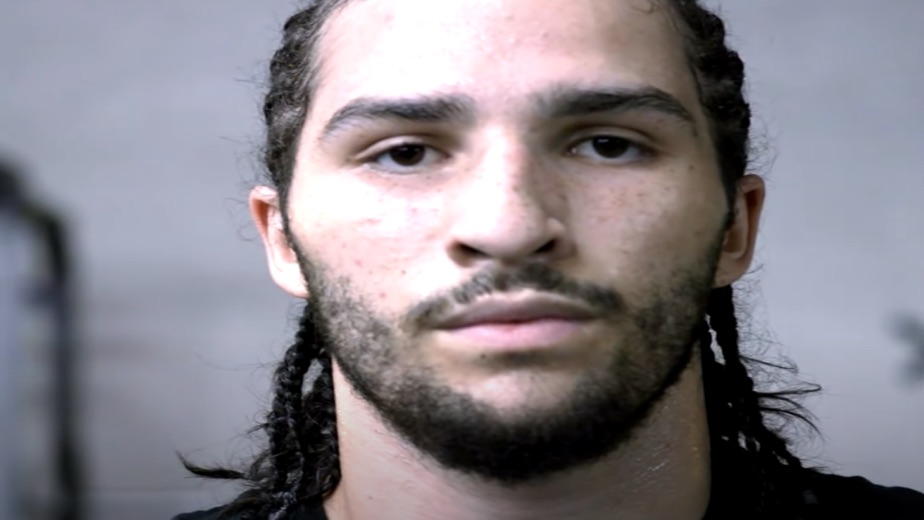 (Boxing news) In an emotional professional boxing debut, Nico Ali Walsh won on his debut wearing his legendary grandfather Muhammad Ali’s trunks from nearly half a century earlier. Walsh knocked out Jordan Weeks in the middleweight bout at Tulsa, Oklahoma.

The 21 year old boxer was wearing white trunks with a black trim, becoming the third generation of Ali boxers. Muhammad Ali’s daughter Laila was a star women’s boxer while Nico Ali Walsh is the son of Ali’s other daughter, Rasheda.

Muhammad Ali, one of the most iconic and successful boxers in history is famously known for going 56-5 with 37 knockouts and becoming the heavyweight champion in the 1960’s and 1970’s, despite being banned for five years in his prime for refusing to fight in the Vietnam War.

In the aftermath of the match, Ali Walsh was seen celebrating with his family, particularly with 89 year old promoter Bob Arum, who also promoted 27 of Muhammad Ali’s fights from 1966 to 1978. “The Greatest’ three time heavyweight champion Muhammad Ali passed away in 2016 after a battle with Parkinson’s disease. Before his death, it’s well documented that the legendary boxer helped his then 15 year old grandson Nico Ali Walsh with his training via Facetime. The 21 year old will undoubtedly hope to continue the legacy of his grandfather, time will tell if he succeeds.

Also read: I want all Indian boxers to have the right guidance to succeed in this sport - Boxing coach Mujtaba Kamal 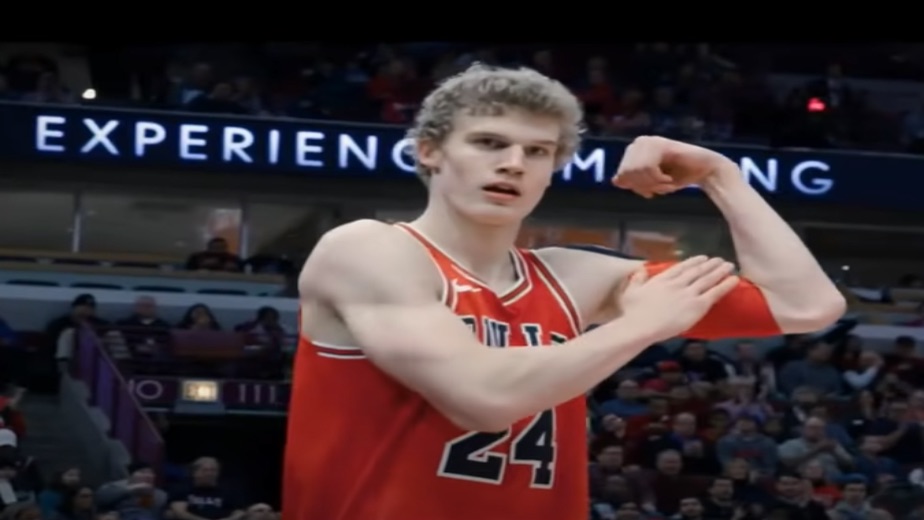 (Basketball news) Word has gotten around that the NBA free agency is over, but the reality is far from it. Just because a player is unsigned does not mean he can’t change the fortunes of the club that eventually offers him a contract, and there are always diamonds in the rubble that just need to be unearthed.

Galloway has been a victim of circumstance and despite there not being a big demand for players on rotation, he would be a solid signing for any team in need of backcourt help. Last season, Galloway played mostly off the ball, shooting 43.8 percent on catch-and-shoot 3s but was stuck behind Chris Paul, Devin Booker and the emerging Cameron Payne. He’s a player that could emerge as a ‘deal’ for any team.

As a restricted free agent, Markkanen finds himself in an unfortunate position where the Bulls can match any offer he receives or negotiate a sign and trade. There have been reports that the New Orleans Pelicans and Charlotte Hornets are interested in Markkanen, who lacks a player of his stature in their teams. Under normal circumstances, a 24 year old of his calibre would be signed in an instant, but Markkanen had not made 3s at an above average rate until shooting 40 percent last season. Teams who would be willing to gamble based on his flashes of brilliance for the Chicago Bulls are the ideal candidate for Lauri Markkanen.

Just like Lauri Markkanen, Josh Hart is a restricted free agent but his quality is much more evident. The 6 feet 5 player is an excellent rebounder and can hold his own guarding bigger players. Being a restricted free agent has complicated Hart’s circumstances as teams love versatile wings but would need to meet New Orleans’ asking price for a sign and trade deal or need cap space to sign him to an offer sheet.

Thirty one year old Avery Bradley became a free agent after the Rockets rejected his $5.9 million player option. He is expected to be a candidate for Lakers' roster spots after being a part of the team in 2019-2020 and because they need a point-of-attack defensive player and Bradley certainly fits that profile with a decent shoot percentage and smart cutting.

Despite having a less than impressive last season where Wesley Matthews had a shoot percentage of 37.5 on catch-and-shoot 3s, the 34 year old remains a solid option for Los Angeles as a switchable defender. It would also be a complete love story if Matthews signs for the Jazz who signed him as an undrafted rookie 12 years ago. 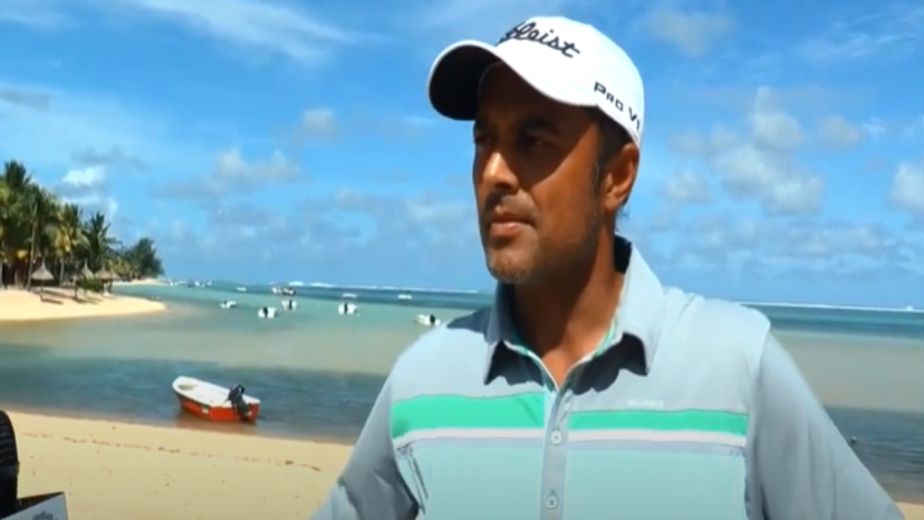 Maine (USA), Jun 23 Indian golfer Arjun Atwal, whose lone appearance on the Korn Ferry Tour this season resulted in the only cut he has made in 2021, will return to the Tour for the Maine Open.

The Korn Ferry Tour is the second rung Tour of the PGA from where players graduate to the main lucrative PGA Tour.

Atwal will have company in Sahith Theegala and Aman Gupta, who was a semi-finalist at the 2020 US Amateurs.

Gupta, still an amateur, plays for the Oklahoma State University.

Gupta got into the field through the Monday qualifiers and his showing at this level of a pro event will be watched keenly.

Theegala, an American of Indian origin, who played at the US Open last week, but missed the cut.

Atwal has also played three PGA Tour events but missed cut in all but he made the cut at the Rex Hospital Open and was T-49 after a good start.

At the Maine Open, Atwal will tee up with Ollie Schneiderjans and Jimmy Stanger and they play from the 10th tee at noon. News source PTI 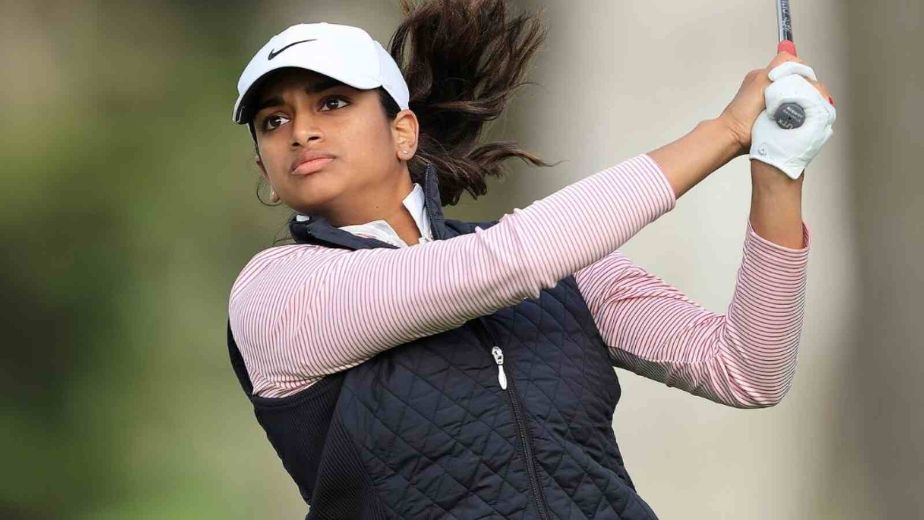 San Francisco, Jun 5 Megha Ganne, an American teen amateur with Indian parentage, continued to hold the spotlight with an even par round on the second day to sail into the weekend rounds in tied-third place at the US Women's Open here.

The 17-year-old Ganne, who came into the Major after battling through a 3-for-1 play-offs in the qualifiers last month, had three birdies and three pars.

She also had three bogeys in the last seven holes on 12th, 15th and 18th at The Olympic Club.

Yuka Saso of the Philippines took the 36-hole lead with rounds of 69-67 and if she wins on Sunday, she will be of the same exact age as the tournament's youngest all-time champion Inbee Park.

Park was 19 years, 11 months and 17 days old when she captured this title 13 years ago at Interlachen Country Club outside of Minneapolis. Since then, she has won six additional majors, including a second US Women's Open title in 2013.

If she wins, it will be Saso's first major. Her 6-under total of 136 is one stroke better than 2019 champion Jeongeun Lee6.

Two others -- American professional Megan Khang and Ganne -- are two strokes back.

Mel Reid, the first round co-leader, slipped to tied-6th with a second round of 73 after a first round 73.

Major champion Shanshan Feng is three off the lead at 138, while Park, major champion Lexi Thompson and Reid are tied at 2-under 140.

Oklahoma State standout Maja Stark of Sweden is tied for ninth at 1-under 141. Stanford freshman and world No. 2 Rachel Heck (147), who won the NCAA individual title two weeks ago, also made the cut, as did all-American Gurleen Kaur (144).

Ganne, a semi-finalist in the 2019 US Women's Amateur and a four-time Drive, Chip & Putt national finalist, received Twitter messages from New Jersey Governor Phil Murphy among others. The teen is trying to find time to complete a calculus assignment, as her classes don't end until June 24.

She is bidding to join Catherine Lacoste of France (1967), the lone amateur winner of the tournament.

After shooting a 67 to share the 18-hole lead with Reid, Ganne continued her whirlwind week with an even-par 71, a round that saw her convert a 9-foot par putt on No. 8.