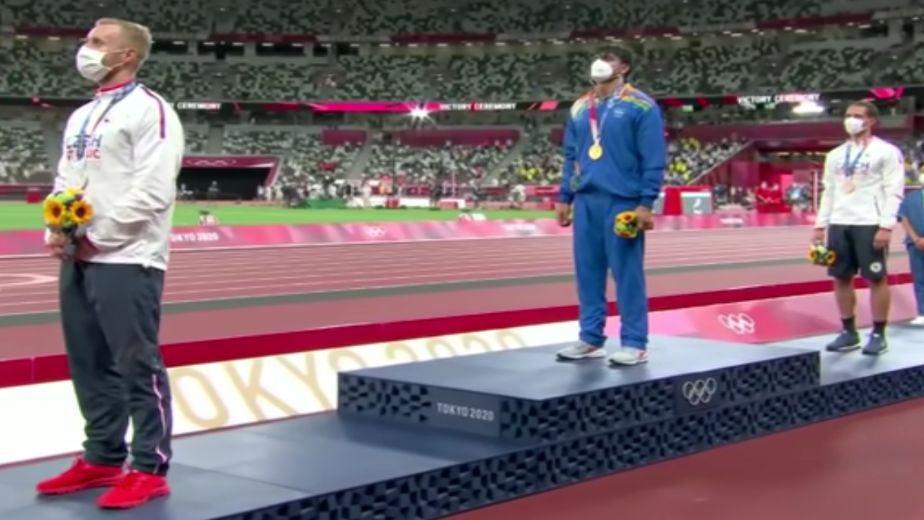 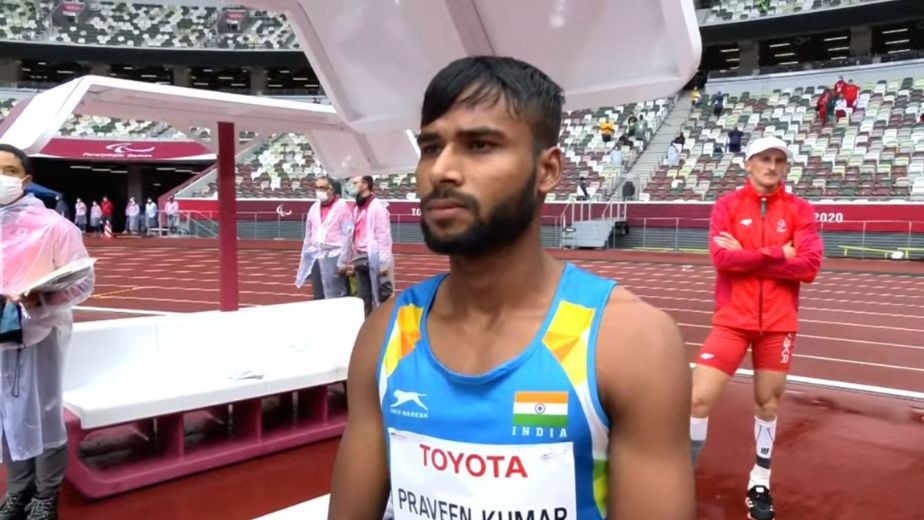 (Athletics News) Tokyo Paralympics 2021 Live Update: Praveen Kumar increased India’s medal tally to 11 after winning silver at the Men’s High Jump. The 18 year old cleared 1.88m in his first jump and then cleared the 1.97m which was enough to ensure a medal win for Kumar. He competed alongside Great Britain's Jonathan Edwards Broom and Poland's Maciej Lepiato and cleared the 2.04m in his first attempt. However, Praveen Kumar struggled with the 2.07m but managed to accomplish it in his second attempt while both Broom and Lepiato failed initially.

Praveen was assured a silver when Maciej Lepiato failed to clear the 2.07m after the third attempt but Great Britain’s Jonathan Edwards cleared the 2.10m attempt which Kumar could not in three attempts. With this result, India has now won four medals in High Jump at the Tokyo Paralympics as Sharad Kumar, Nishad Kumar, Mariyappan Thangavelu and now Praveen Kumar have all brought glory to the country. 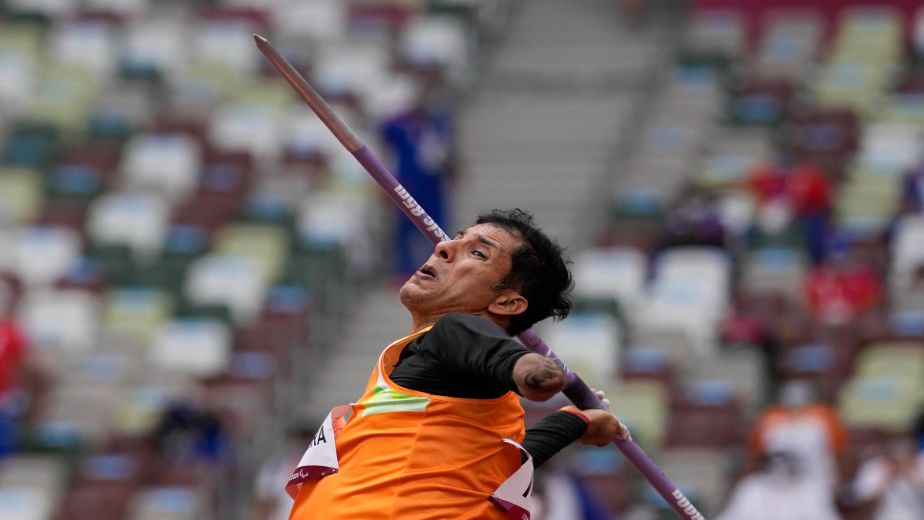 Devendra Jhajharia and Sundar Singh Gurjar put up a show in Men’s Javelin Throw, 7 medals so far for India

(Athletics news) Tokyo Paralympics 2021 Live Update: India grabbed two medals in the Men's Javelin Throw F46 to continue its medal winning spree in the Tokyo Paralympics. Devendra Jhajharia won his record third medal in as many attempts, he took the Silver and Sundar Singh Gurjar proved he is indeed a medal prospect by finishing third in the event. Devendra threw a personal best of 64.35 in his third attempt to secure the second position and Sundar also threw a personal best of 64.01 in his fifth attempt to join his teammate at the podium. 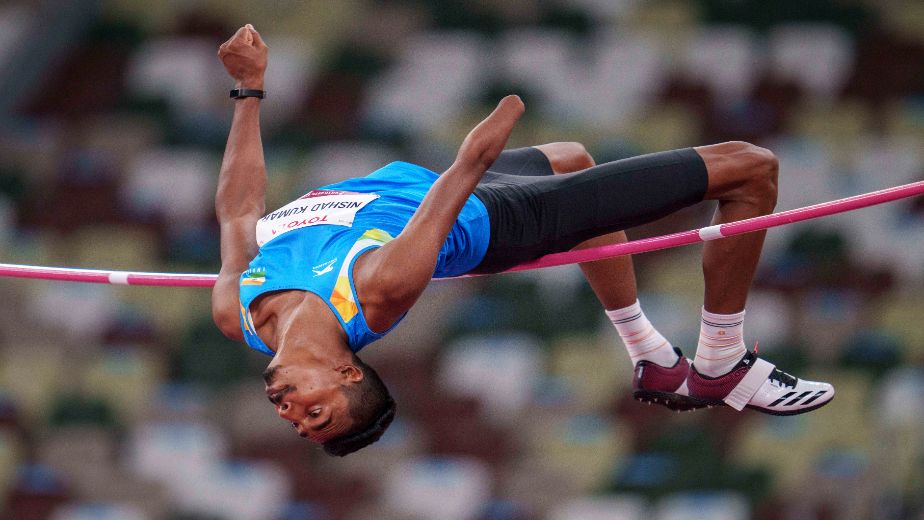 The 21-year-old Kumar cleared 2.06m to win the silver and set an Asian record. American Dallas Wise was also awarded a silver as he and Kumar cleared the same height of 2.06m.

Another American, Roderick Townsend, won the gold with a world record jump of 2.15m.

Another Indian in the fray, Ram Pal finished fifth with a best jump of 1.94m.

T47 class is meant for athletes with a unilateral upper limb impairment resulting in some loss of function at the shoulder, elbow and wrist.

Hailing from Una in Himachal Preadeh, Kumar met with an accident at the age of eight that resulted in the loss of his right hand.

He also contracted COVID-19 earlier this year while training at the SAI Centre in Bengaluru.

"Absolutely delighted that Nishad Kumar wins the Silver medal in Men’s High Jump T47. He is a remarkable athlete with outstanding skills and tenacity. Congratulations to him," tweeted Prime Minister Narendra Modi.

Kumar had won a gold medal in the men's high jump T46/47 event at the Fazza World Para Athletics Grand Prix in Dubai earlier this year. He began competing in para athletics in 2009.

This was India's second medal of the Games after Bhavinaben Patel won a silver in women's singles table tennis class 4 event earlier in the day.

Patel became only the second Indian woman to win a medal at the Games following a 0-3 loss to world number one Chinese paddler Ying Zhou in the final. 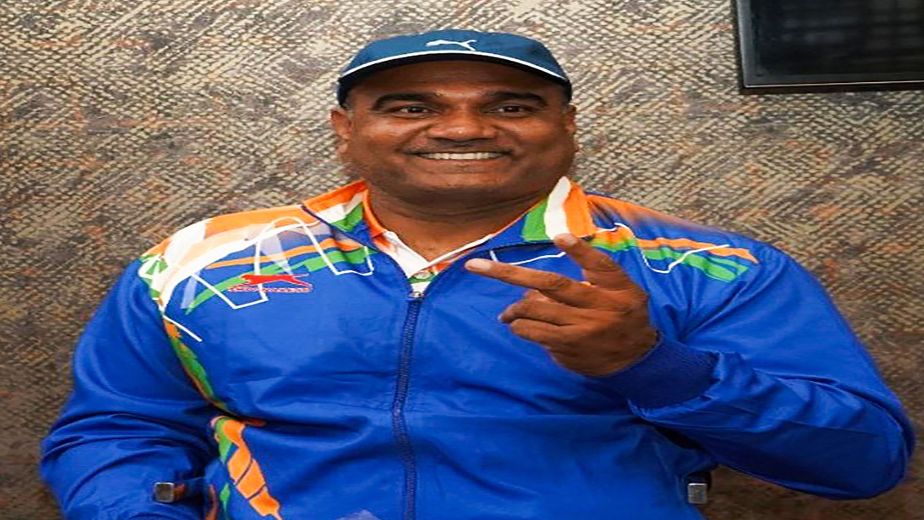 He injured his legs while training after joining the BSF, falling off a cliff in Leh that left him bed-ridden for close to a decade during which he lost both his parents.

The F52 classification is for athletes with impaired muscle power, restricted range of movement, limb deficiency or leg length difference, with athletes competing in seated position.

Also read: Bhavina Patel wins silver at the Tokyo Paralympics after losing 3-0 to Zhou Ying from China in the women’s singles 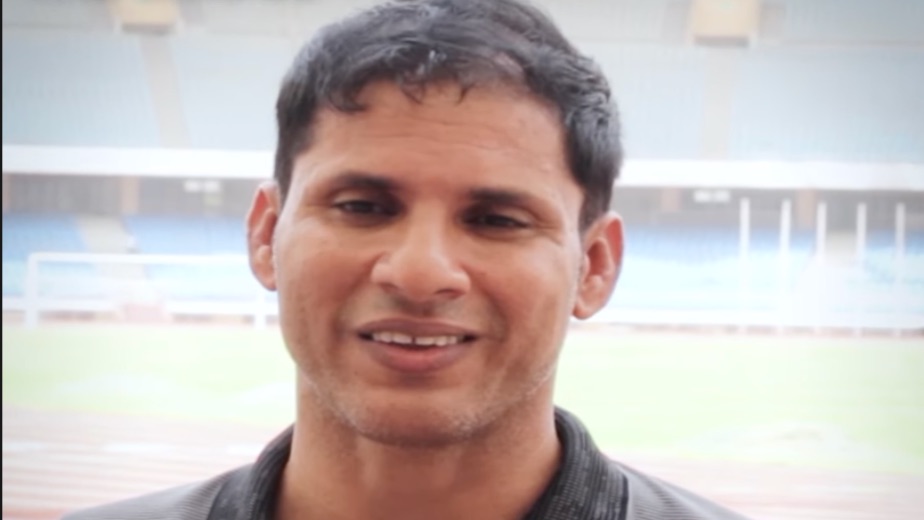 New Delhi, Aug 25 (Paralympics news) Veteran Devendra Jhajharia and reigning world champion Sandeep Chaudhary were among five javelin throwers in a 12-strong Indian contingent that left for Tokyo on Wednesday to compete in the Paralympics.

One of the top medal prospects, Jhajharia had won the gold medal in Athens and Rio Paralympics.

The 40-year-old javelin thrower had rewritten his world record of 63.97m when he sent the spear to a distance of 65.71m in a qualifying event in June.

His main competition comes from compatriots Ajit Singh and Sundar Gurjar. With a little bit of luck, India could grab all three medals in the men's F-46 category, which is for athletes with arm deficiency, impaired muscle power or impaired passive range of movement in arms while competing in a standing position.

After Neeraj Chopra's historic performance at the Tokyo Olympics, javelin throwers have been in the limelight.

"Neeraj's gold medal has put the spotlight on javelin throwers and being the senior most of the lot, I can say this with assurance that after Tokyo Paralympics, javelin (throw) will be the second most popular game in this country after cricket," Jhajharia said.

Focus will also be on Chaudhary and Sumit Antil in the men's F64 category in which they are ranked world number one and two respectively. The F-64 classification is for athletes with a leg amputation, who compete with prosthetics in a standing position. 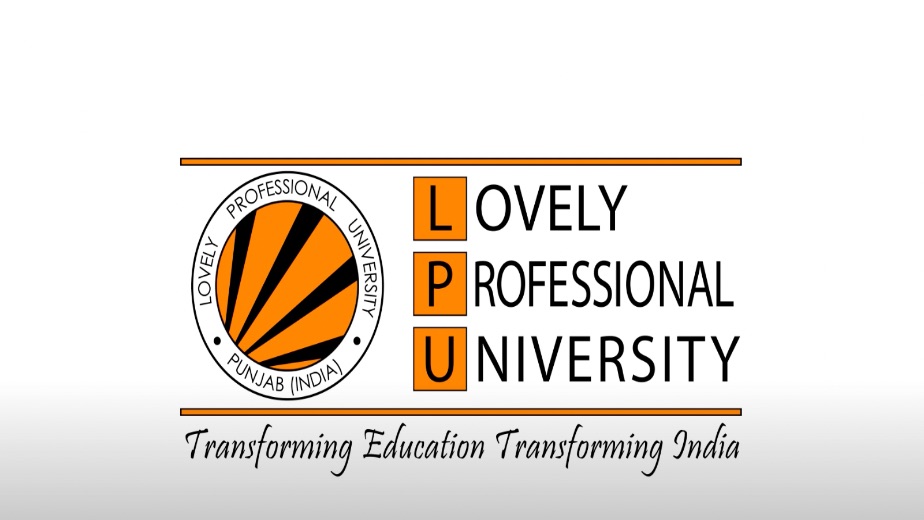 "The university will be giving Rs 50 lakh to gold medal winners, Rs 25 lakh to silver and Rs 10 lacs for bronze," LPU said in a statement.

"Around 10 per cent of the Indian Olympians at Tokyo are from LPU, a remarkable achievement for one University," it added.

Also read: Australia sitting pretty on top in pool A at Tokyo

"Sports is a huge focus for us. We established our world-class sports complex at LPU and have created a team of highly qualified national and international trainers and coaches. I am very pleased to see that our efforts are already producing results," LPU chancellor Ashok Mittal said.

The Tokyo Paralympics will be held from August 24 to September 5 after the conclusion of the ongoing Summer Games on August 8. 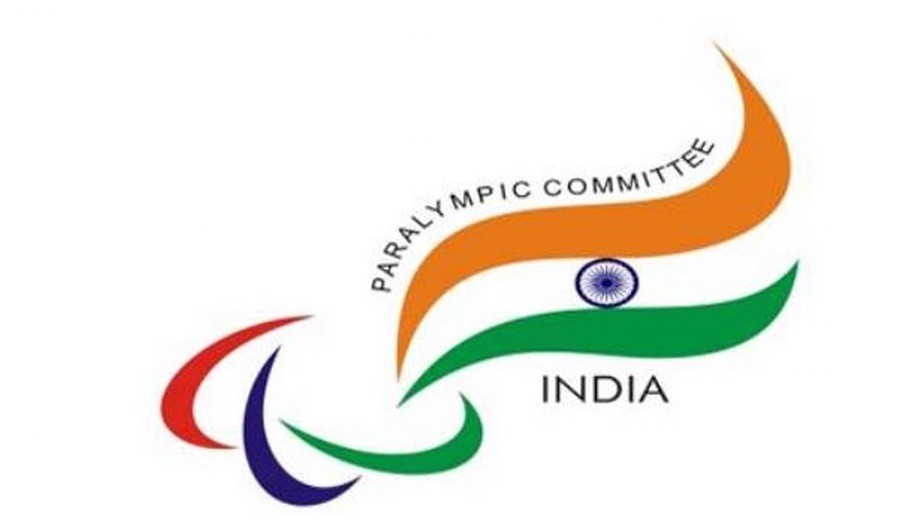 Besides Jhajharia and Thangavelu, who won gold in the F46 javelin and T-42 high jump events respectively in the 2016 Rio Paralympics, other top para-athletes include world record holders Sandeep Chowdhury and Sumeet.

The PCI's selection committee picked the team after a two-day trial at the Jawaharlal Nehru Stadium here on June 29 and 30. The selection meeting was chaired by PCI chief Deepa Malik.

India has been granted 24 slots, including four women athletes, by the World Para Athletics.

The committee also picked men's F-57 javelin thrower Ranjeet Bhati, who was not in the long list of athletes for accreditation as his ranking was low before the trial.

"However, he significantly improved his performance in Final Selection Trial and is ranked 5th as per the MES Ranking as on 01.07.2021," the PCI said.

"His selection is subjected to issuance of the accreditation for the upcoming Tokyo Paralympics 2020." The committee also named Sandip Sanjay Sargar (javelin F-64) as reserve athlete.