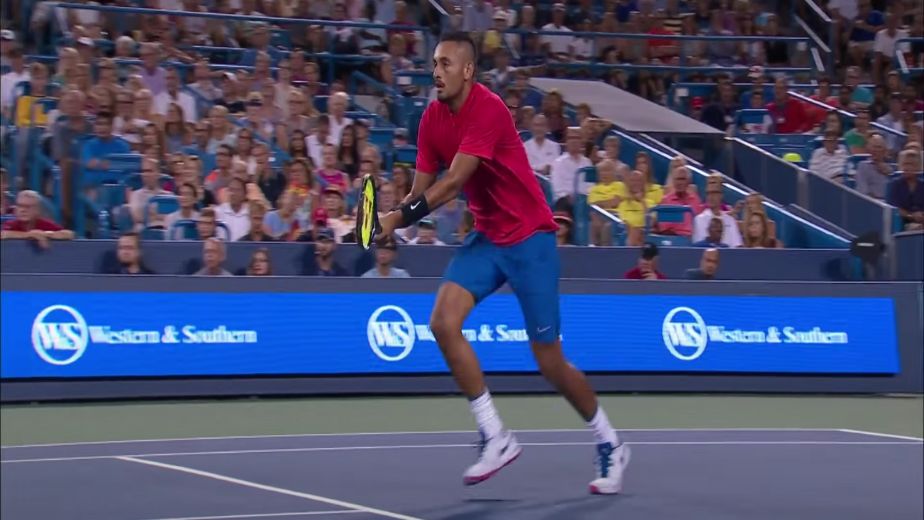 Nick Kyrgios out of 2021 season due to injury, to be back next year at the Australian Open

(Tennis news) World number 96 Nick Kyrgios has become the latest player to finish his 2021 season early due to a knee injury. The Australian had featured in the Laver Cup for Team World, losing the singles against Stefanos Tsitsipas and the doubles to Tsitsipas and Andrey Rublev while partnering with John Isner.

Kyrgios had lost in the first round against Roberto Bautista Agut at the US Open and had first round exits at Toronto and Washington. His last victory came at Atlanta against Kevin Anderson in the first round. He has only played seven tournaments this year and did not play in the French Open, his best performance came in the Murray River Open where had reached the fourth round as he lost to Borna Coric.

Kyrgios lost to Dominic Thiem in the third round of the Australian Open after taking a two set lead with the match lasting for four hours and was next seen at Wimbledon where he retired mid match due to an abdominal injury against Felix Auger-Aliassime at the same stage. He has been affected by injuries this season which saw him play a total of 15 matches and had first round exits in his last three tournaments.

The 26 year old had posted in instagram saying he hadn’t been a hundred percent fit lately and in the Laver Cup said that he plans for an early retirement. Known for his temperament and skills, he is planning to return to the Australian Open next year and had reached the quarterfinals in 2015. He is regarded as one of the most talented players on tour but with a troublesome attitude and is known to be a crowd puller.

Kyrgios joins Roger Federer, Rafael Nadal and Dominc Thiem who have finished their season early due to injuries. Serena Williams, Venus Williams and Naomi Osaka have also ended their 2021 season as all of them hopefully will be seen on court at the first Grand Slam of the year. Last year, the pandemic had played its part on the tour as many tournaments were cancelled in the first half and this year has seen players being affected by injuries.

With only two months of tennis season left, the teenage stars will look to perform in absence of their seniors on tour. In the women’s tour, BNP Paribas Open is the next Masters 1000 tournament and the VTB Kremlin Cup starts right after Paribas Open. The year end championships will be held in November. For the men’s tour, the BNP Paribas Open will be held next month followed by the Rolex Paris Masters in November as the World Tour finals will be held from the second week of November. The fourth edition of next Gen ATP finals will start from November 9th as the youngsters will hope for a US Open scenario to happen again.