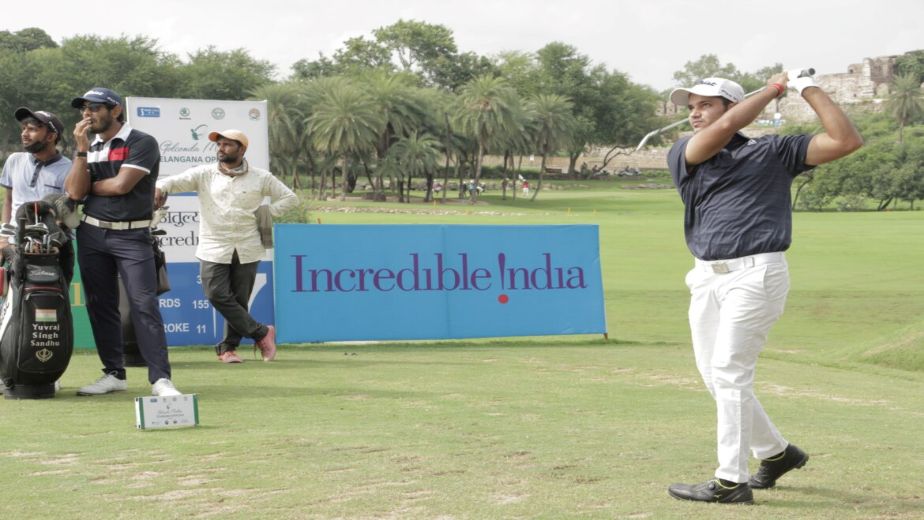 Noida, Apr 20 (Golf News) Amardeep Malik, playing on his home course, shot a brilliant five-under 67 to build a two-shot lead at 12-under 132 during the halfway stage of the Delhi-NCR Open 2022 golf tournament here on Wednesday.

Bengaluru's Mari Muthu R shot the day's lowest score of eight-under 64 to be placed tied second at 10-under 134 along with Manu Gandas (69) of Gurugram at the Rs 40 lakh event, presented by Prometheus School and played at the Noida Golf Course.

The cut went at one-over 145. Fifty-one professionals made the cut.

Noida-based Amardeep (65-67) began the day with a birdie on the first and then added three more birdies on the sixth, eighth and ninth for a strong front-nine. He landed his approach within two feet on the ninth.

The 36-year-old Amardeep, the overnight joint leader, had a turbulent start to the back-nine stumbling with bogeys on the 11th and 13th where he missed up and downs. He made a comeback with an eagle on the par-4 15th where he holed his second shot from the rough from a distance of 95 yards. He picked up another shot on the 16th with a 25-feet conversion to close the day with a two-shot lead. Muthu (70-64), lying tied 15th and five off the lead after round one, jumped 13 places to joint second, courtesy his 64 that featured 10 birdies and two bogeys.

Manu (65-69), a two-time winner on the PGTI, dropped out of the overnight joint lead with an eventful round that featured an eagle, four birdies, a bogey and a double-bogey.

He landed his second shot within a couple of feet of the pin for eagle on the par-5 17th. He also chipped-in for birdie on the fourth. Manu was five-under on the four par-5s for the second day in succession. Chandigarh's Abhijit Singh Chadha (69) occupies fourth place at nine-under 135 while Bangladesh's Md Zamal Hossain Mollah (70) is a further shot back in fifth position.

Yuvraj Singh Sandhu (72) of Chandigarh, currently ranked second on the PGTI Order of Merit, is in tied 43rd place at one-over 145. 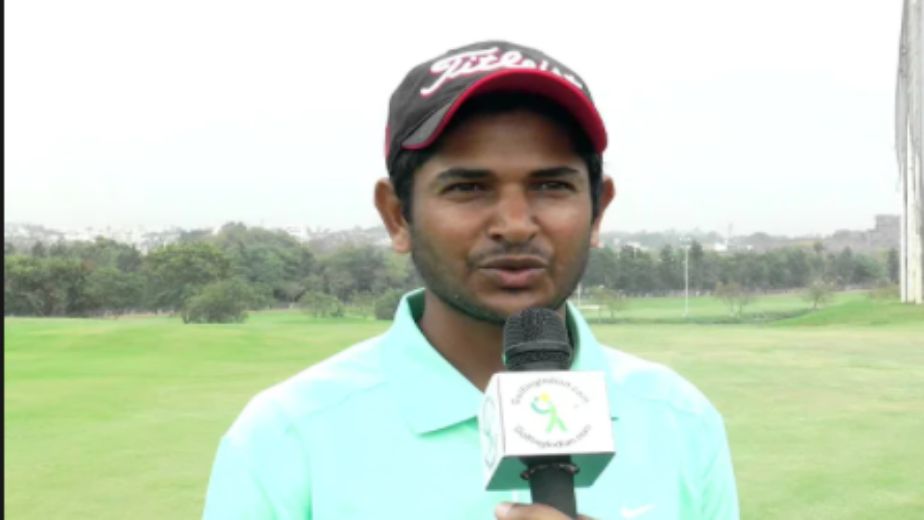 Bengaluru's Mari Muthu R, Gurugram's Ankur Chadha and Vikrant Chopra of Noida are the other three golfers at the top.

It was a high scoring day that witnessed sub-par rounds by only 31 players in a field of 126.

Mari and Harendra, both room-mates this week, found themselves at the top of the pack with the former firing an eagle, four birdies and two bogeys and the latter returning a bogey-free round with four birdies to his credit.

Harendra, multiple winner on the PGTI, has had a promising run since the resumption of the tour in September having posted two top-10s and two other top-20s. He is currently 22nd on the Order of Merit.

Angad, currently 23rd on the PGTI Order of Merit, came up with five birdies and a bogey on Thursday.

Angad, a winner on the PGTI, was five-under through 17 holes when he was looking good for the sole lead. However, he bogeyed the closing ninth, missing a five-footer, for his only blemish of the day that saw him drop down into the joint lead at four-under.

Ankur got off to a whirlwind start on the back-nine with four birdies on his first five holes before dropping bogeys on the 15th and 18th. He made a recovery, picking up two birdies on the front-nine.

After being even-par on the back-nine, Vikrant too made his way up the leaderboard by firing four birdies on the front-nine.