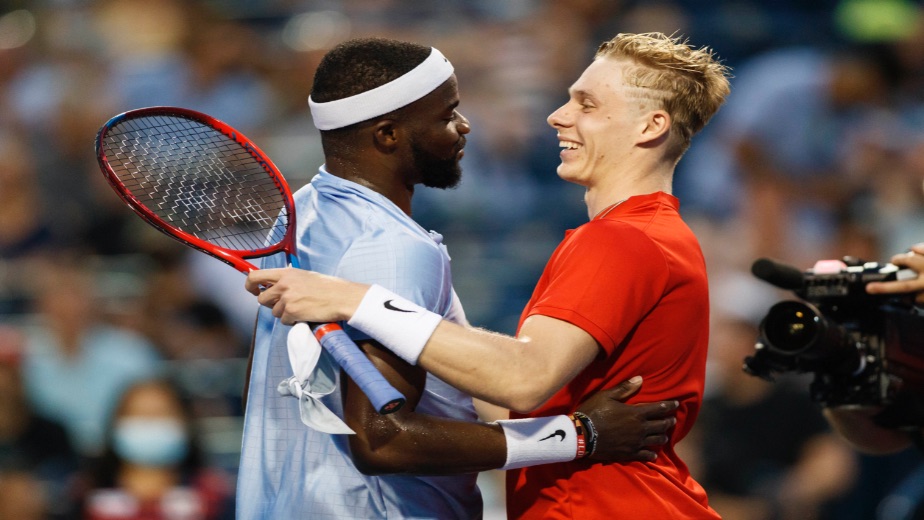 Toronto (Tennis news): In Men’s Singles, Daniil Medvedev defeated Alexander Bublik in three sets to reach the round of 16 in the Toronto Masters 1000. Bublik started off strong as he took the first set but could not carry on the momentum as Medvedev began to find his form and took the next two sets. He will be facing James Duckworth who caused an upset when he defeated Jannik Sinner in the round of 32. The 2018 runner up Stefanos Tsitsipas will face Karen Khachanov in round of 16, Khachanov earlier recorded a straight set victory over Aslan Karatsev to set up a match against the Greek god. Canadians Denis Shapovalov and Felix Auger Aliassime fell in round 2 as they suffered losses against Frances Tiafoe and Dušan Lajović respectively. The tournament saw its second withdrawal as Hubert Hurkacz did not need to step on court to progress to the next round when he received a walkover from Kei Nishikori who pulled out of the tournament with a shoulder injury. Frenchmen Gael Monfils looked in good form when he defeated John Millman in three sets as he will play Frances Tiafoe in the round of 16.

In the Women’s Singles, Danielle Collins staged an emphatic victory over Simona Halep in three sets as she will face Jessica Pegula in the round of 16. Elina Svitolina was also knocked out in the round of 32 as she lost to Britain’s Johanna Konta.

In Men’s Doubles Ivan Dodig and Rohan Bopanna emerged victorious over Simone Bolelli and Máximo González in the round of 16. In the Women’s doubles Ellen Perez and Květa Peschke are into the Quarterfinals and will be facing Bernarda Pera and Magda Linette.

Serena, Venus Williams and Sofia Kenin have pulled out of the Cincinnati Open as injuries are piling up before the US Open. Serena Williams is out with a leg injury and Sofia Kenin is down with a foot injury. Serena has been suffering with injury this year as she had to withdraw in the beginning of the season in Yarra Valley Classic as well as recently in Wimbledon.

The 20 times Grand Slam winner won’t feature in the Australian Open due to Melbourne quarantine rules. While rumours circulated that the Swiss maestro decided to skip the first Grand Slam of the year due to injury concerns, the Australian Open director of player relations, Andre Sa clarified that Federer’s absence is due to quarantine concerns as his family will be forced to stay in their hotel room for 14 days. The Swiss star last featured in a major tournament at the Australian Open last year, defeating John Millman in the third round and Tennys Sandgren in the quarterfinals, only to be defeated by Novak Djokovic in straight sets in the semi-finals. He has undergone multiple knee surgeries in February and May since and decided to take a well earned break amidst the pandemic to make a strong start in 2021. Federer is expected to feature in Rotterdam, Doha or Dubai, with the 39 year old eager to compete for the most notable titles again, namely the Tokyo Olympics and Wimbledon. The Swiss remains in the top 5 rankings after reaching the semi-finals of the Australian Open last year and will want to hit the ground running to compete at the highest level as soon as possible.
Read More