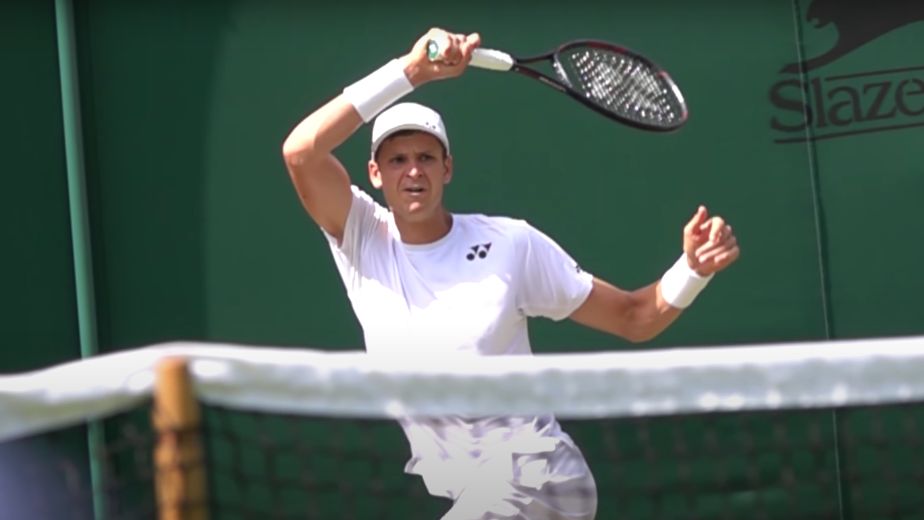 (Tennis News) The 18th edition of Moselle Open is now left with two former champions in the last four. There have been a total of 6 players outside France to win the Moselle Masters 250 title from its inaugural edition in 2003, the top seed Hubert Hurkacz is in the semifinals in singles and doubles.

Pablo Carreno Busta showed his experience and skill against Holger Vitus Nodskov Rune to outclass the 18 year old in the quarterfinals. Holger had taken a set off Novak Djokovic at the US Open and did the same against Pablo when he took the second set. Pablo then broke Holger in the eighth game as Holger was visibly frustrated as he lost the last two games. Pablo defeated Holger 6-4, 3-6, 6-4.

Monfils is leading the head to head against Pablo with three victories, their last meeting came a year ago in Austria when Monfils retired mid match. This will be their sixth meeting with Pablo looking the favourite but when in form Monfils can overcome any player with no doubt.

Hubert had a physically enduring first set against Andy Murray as he displayed a bit of old Murray magic. Murray was able to chase down balls without much difficulty as he is aiming to come back into the top four rankings. The Wimbledon semi finalist this year played some great net shots against Murray to take the second set comfortably and progress into the semifinals. Hubert defeated Murray 7-6(7-4), 6-3.

Peter Gojowczyk, the champion here in 2017 hung in till the end to beat Marcos Giron in a quick three set quarterfinal match. Giron had defeated fourth seed Alex de Minaur in the previous match and was in search of a second upset of the tournament but the former champion took the next two sets to advance into the semifinals. Peter will next face Hubert in the semifinals. Peter defeated Marcos Giron 3-6, 6-1, 6-3.

Peter and Hubert will be facing each other for the second time as they had met at last year’s US Open where Hubert won in straight sets. The world number 13 is the favourite to progress into the finals against Peter who will be prepared for volleys and strong serves.

Top seeds Henri Kontinen and Ben McLachlan played a nail biting final set to beat Lucas Pouille and Grégoire Barrère. Lucas had won the singles title five years ago and with his partner Grégoire were halfway there when took the first set while conceding a single game but the top seeds took the next two sets to shut the door for the French pair. Henri and Ben will next face the Polish pair of Jan Zieliński and Hubert in the semifinals. Henri and Ben defeated Lucas and Grégoire 1-6, 7-5, 10-7. 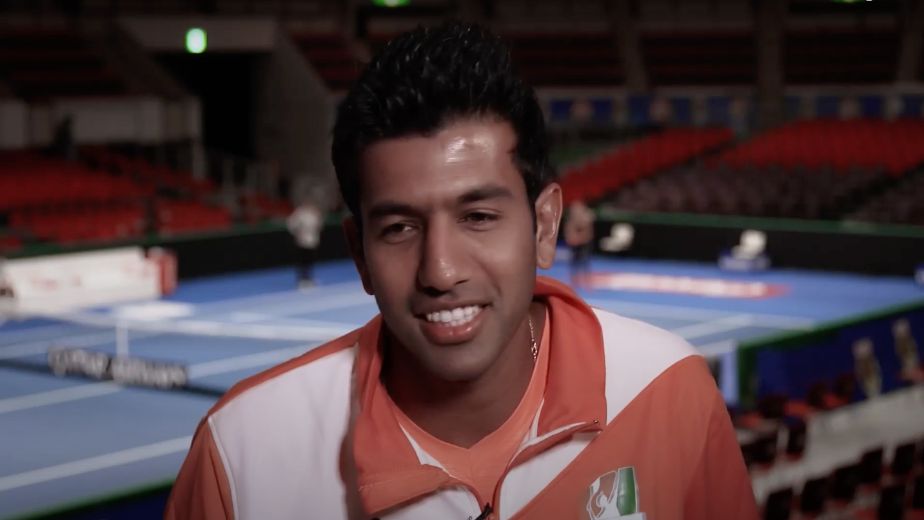 Espoo (Finland), Sep 18 (Tennis news) Rohan Bopanna and Ramkumar Ramanathan blew away their chances in the must-win doubles match as India lost the World Group I tie to Finland after conceding an unassailable 0-3 lead, here on Saturday.

Captain Rohit Rajpal changed the doubles combination at the last minute by pairing Bopanna with Ramkumar instead of left-handed Divij Sharan but nothing helped as they lost the crucial match 6-7(2) 6-7(2) to Henri Kontinen and Harri Heliovaara in one hour and 38 minutes.

Both Prajnesh Gunneswaran and Ramkumar had lost their singles matches on Friday and to stay alive in the tie, the Indians needed to win the doubles.

The reverse singles have now been rendered inconsequential.

Heliovaara was considered the most vulnerable of all four players on the court but he raised his game by several notches and created a huge impact on the outcome of the match with his fearless approach.

The Indian, on the contrary, fumbled even when they had advantage as they squandered as many as four breakpoints in the eight game of the second set when winning that game could have given them the chance to put the hosts under the pump.

After doing all the hard work, the Indians cracked at crucial junctures.

At 3-3, the Indian pair attacked the serve of Heliovaara, going 30-all but the home player served big on the next two points to ensure the set stays on serve.

Eventually the opening set went to tie-breaker. Heliovaara found a stunning service return winner off Bopanna on the second point to get the mini break and also held his serve as Finland took a 4-1 lead.

Then came Ramkumar's double fault and a volley error at the net that gave Finland players five set points. They converted the second when Ramkumar could not return Kontinen's serve.

A forehand winner by Ramkumar at 30-all in the second game of the second set, set up the first break chance for India and they converted when Kontinen could not return Bopanna's backhand.

However, the big-serving Bopanna dropped his own serve in the next game when he made consecutive unforced errors.

In the next game, the Indians went up 40-0 on Heliovaara's serve but blew away all three breakpoints and later one more to let the rivals hold for a 4-4 scoreline.

Another tie-breaker followed. Helovaara pulled of a sensational forehand winner at 5-2 to get to first match point and it was all over for India when Ramkumar could not return the ball in the next point. 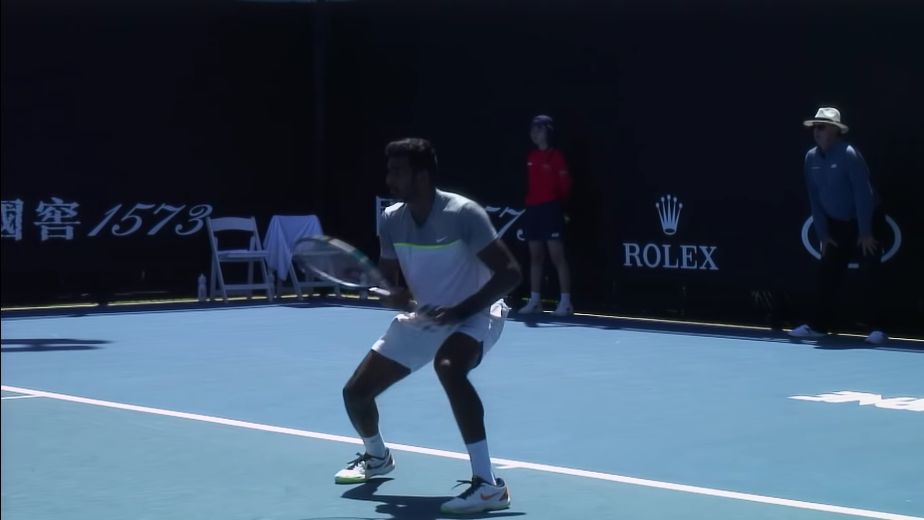 Davis Cup: Indian players need to give their all against Finland

Espoo (Finland), Sep 16 (Tennis news) India's singles players will need to back their talent with some killer instinct for the team to emerge victorious against a reasonably strong Finland in the Davis Cup World Group I tie, starting here on Friday.

Prajnesh Guneswaran and Ramkumar Ramanathan have the experience of playing the big matches.

They have rubbed shoulders with better players but it's time for them to move forward from playing mere close matches. They need to deliver that knockout punch that will take India to the next year's Qualifiers.

If Ramkumar can play the same way he competed against 2014 US Open champion Marin Cilic in the previous tie against Croatia and does not miss the chances he gets, India will have a very good chance in the tie.

As the second-best ranked player from India, Ramkumar will be up against Finland's number one player Emil Ruusuvuori, who is placed 74 in the world, on the opening day of the tie.

If Ramkumar takes the court first and puts India on board, that will be a huge result for the visitors and take the pressure off Prajnesh (ranked 165) who will most likely compete against Otto Virtanen (ranked 419).

Prajnesh too gets close to wins with his talent but has the tendency of giving up advantageous positions, like the one against Borna Coric in the last tie against Croatia.

Maybe it's pressure of playing for the flag but the left-hander from Chennai insists it is not the case.

"Matches which are closely fought can go either way. There is no pressure of playing for India that influences me...Sometimes there's more pressure, other times that's less.

"Again, just depends on how well I cope on that particular day," he added.

India considered the doubles point in their pocket till the time Leander Paes and Mahesh Bhupathi competed together but now things have changed.

Rohan Bopanna (44) has immense experience of the big stage and he needs to use all of that to shepherd the team with Divij Sharan (86) since their opponents -- Henri Kontinen (ranked 46) and Harri Heliovaara (ranked 76) -- will be a tough nut to crack.

Bopanna and Sharan have played only one tie together, winning against Italy in March 2019.

Most of 40-year-old Bopanna's doubles wins have come either with either Paes or Saketh Myneni.

It remains to be seen if captain Rohit Rajpal fields Bopanna with Sharan or Myneni, who is the fifth member of the squad.

Kontinen has played three of the four Grand Slams this year with Edouard Roger-Vasselin but paired with Heliovaara at the US Open, probably to get ready for this tie.

They had a decent first round before losing in a close three-set match.

Non-playing captain Rohit Rajpal feels that the conditions are not entirely in the favour of the hosts since the low bounce of the courts will benefit the Indian players, who can play the chip-and-charge game to counter their rivals. 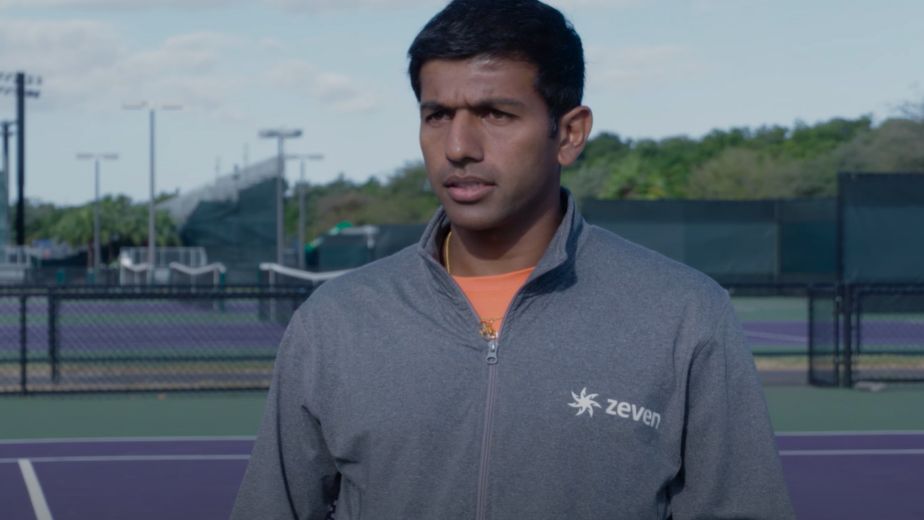 Expectedly, all top three singles players of the country -- Prajnesh Gunneswaran (ranked 158), Sumit Nagal (159) and Ramkumar Ramanathan (204) -- have been picked for the September 17-18 tie, which will be held on indoor courts in Espoo Metro Areena in Espoo city.