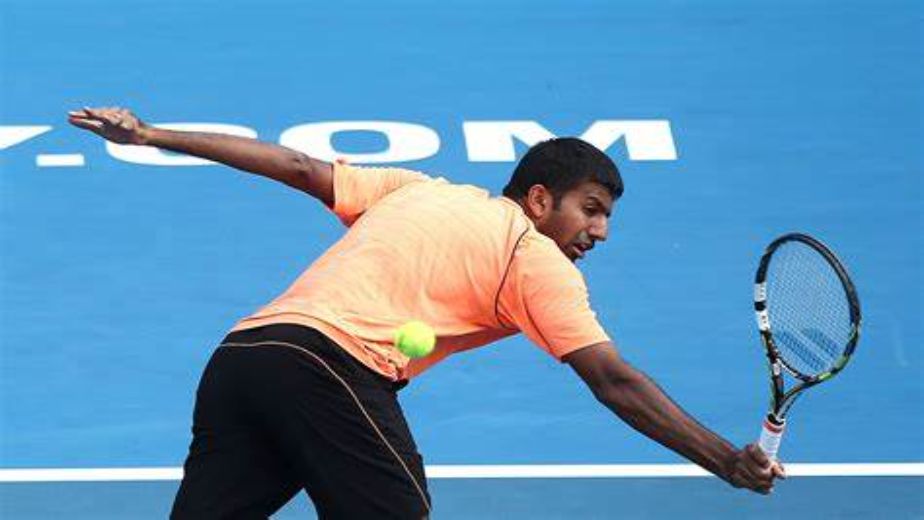 New Delhi, Mar 5 (Tennis News) Rohan Bopanna and Divij Sharan saved three match points in an edge-of-the-seat thriller to prevail against a fighting Danish pair of Frederik Nielsen and Mikael Torpegaard as India kept its place in the Davis Cup World Group I by taking an unassailable 3-0 lead in the Play-off tie, here on Saturday.

The tense win ensured that India will stay in World Group I for the 2022 season while Denmark will now again go back to World Group II.

Serving to stay in the match in the 12th game of the decider, Sharan faced three match points but the Indian team held nerves to save all, two of them on second serves, to force a final tie-breaker, in which they raced to a 4-1 lead and sealed the win when Torpegaard could make a return on Bopanna's serve.

This is India's first win since they beat Pakistan 4-0 in November 2019 when Rohit Rajpal took over as non-playing captain. After that India lost to Finland (1-3) and Croatia (1-3) in away ties.

The reverse singles have been rendered inconsequential now.

Bopanna's big serve was at work since the beginning as he started off with three consecutive aces for an easy hold. Torpeggard and Nielsen too were sharp and solid even as Sharan's serve was put under pressure.

In both the third and seventh games that Sharan served, he was down 15-30 but somehow managed to hold.

Nielsen's smooth-actioned serves and precise placings combined with Torpegaard's firepower made it a tough contest for the home pair. Nielsen did not lose a single point on his serve in the entire opening set and that made a huge difference.

There was no break of serve in the opening set and a tie-breaker was required. Bopanna lost the first point on his serve and the Danish team opened up a huge 5-1 lead from where Torpegaard found a volley winner on Sharan's return to earn five set points.

Bopanna managed to save two with his booming serves but Torpeggard fired a body serve on Bopanna to seal the opening set.

Ironically, it was Nielsen who blinked in the second set, dropping his serve in the opening game. At 15-30, he could not return one shot from Bopanna to be down by two break chances. He saved the first but double-faulted on the second to hand the Indians an advantage.

That break stayed with the Indians and Sharan served out the set in the 10th to force a decider.

The Indian team had three break chances against Torpegaard in the fifth game but fluffed all. The Danish team showed nerves of steel to hold that crucial game after going down 0-40. Credit to Torpegaard to pull off those big serves under pressure.

Bopanna came out to serve to stay in the match in the 10th game and was under pressure when Torpegaard found a backhand winner to make it 30-all but the Indian held to stay afloat after one deuce point.

Edge of the seat action followed in the 12th game when the Indian team, saved three match points and sealed the match in tie-breaker.

Nielsen double faulted at 1-2 and then made a backhand overhead volley error to give India a handsome 4-1 lead which proved enough for India to seal the win. 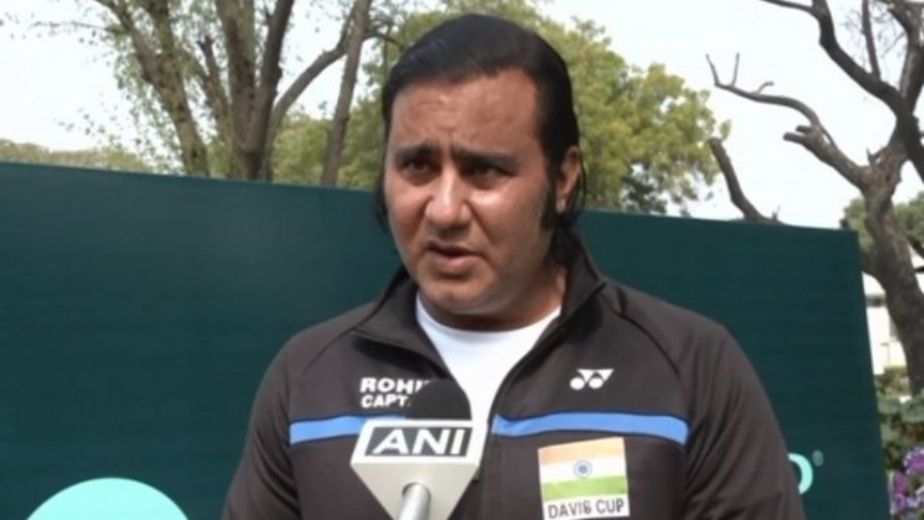 There is a gap in Indian tennis but structured plan in place for future: Rohit Rajpal

New Delhi, Mar 2 (Tennis News) India's Davis Cup captain Rohit Rajpal acknowledged that there is a "gap" in Indian tennis at the moment with the next line not quite visible but asserted that a "structured plan" is in place to ensure that the fresh pool of talent emerges soon.

Speaking to the media ahead of the Davis Cup World Group 1 play-off tie against Denmark on Friday and Saturday, Rajpal was asked about the plan for the future in Indian tennis given that the squad still features a 41-year-old doubles specialist in Rohan Bopanna.

"We have a decent line-up for singles, we have a good line-up for doubles but we do have an issue that some of the players are getting older for example, Rohan is getting on the other side of 40, and that is worrying for me," Rajpal said in a press conference here.

"There is a gap in Indian tennis at this moment. We are also opening centre of excellence and sports science centre. Overall, we are trying to create a pipeline. (Davis Cup coach) Zeeshan Ali has moved to Delhi, we have picked up some kids, some more will be picked. We have a structured plan. We are trying to cover the gap. That's the effort," he added.

About the tie, Rajpal reiterated that the grass court would work to India's advantage and was especially pleased to have Yuki Bhambri back in the mix. Bhambri (863) along with Ramkumar Ramanathan (182) and Prajnesh Gunneswaran (228) make up the singles line-up.

"Ram has been playing well, he won a Challenger in the Middle East. I am very happy to have Yuki Bhambri in the team. We have been working on his fitness to make sure he is ready for the tie," Rajpal said.

Asked about the home advantage against the Danes, Rajpal said the surface certainly gives India the edge.

"It all depends who you are playing against, if you have a Federer and Nadal then you haven't won half the battle. Otherwise, the home side has advantage because you get to choose the surface," he pointed out.

"I trust my boys, playing on the grass court will not be the biggest upset in the history of Davis Cup but it's needless to say that it may cause some upsets to win this tie," said Nielsen.

The two captains also touched on the dying art of serve and volley in an increasingly power-driven game.

"The art of serve and volley is dying. The players are strong, athletic, stroking machines, they run down and hit back, and they hit very hard. The touch is gone, the craft is dying, which is quite sad. (But) over here you will see lot of serve volley," said Rajpal.

Nielsen was not particularly sad about the craft's fading relevance and listed the practical reasons why players are looking for big, powerful shots.

"Conditions don't suit serve and volley anymore. The players are big, the conditions are slow. The equipment is too good. It's too easy to hit and hit harder shots.

"In order to change that you have to change the surface, play on faster surfaces. There is really no benefit in encouraging serve and volley anymore. The surface encourages baseline rallies," he said.