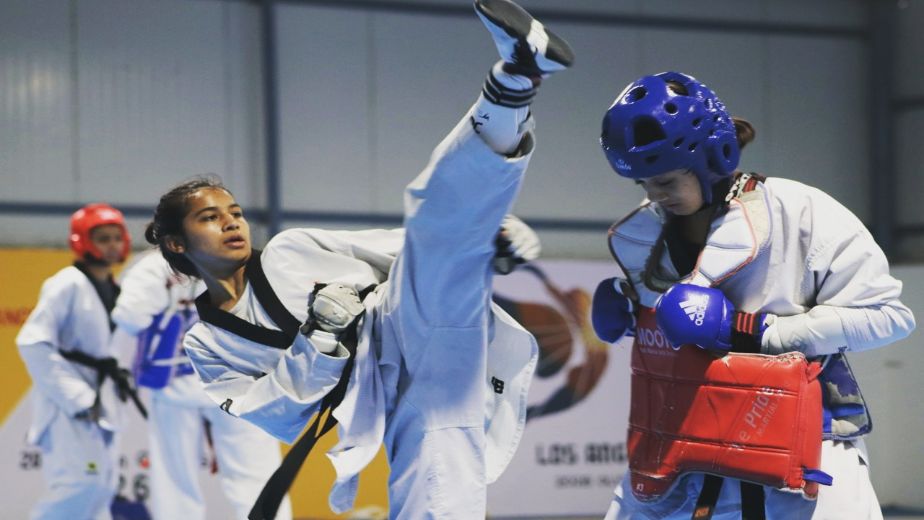 Currently ranked 69th in the world, Sonia Bhardwaj is one of India’s top talents in taekwondo. The 21 year old is currently a part of the Peace Taekwondo Academy and is fully focused on improving her rankings to qualify for the Olympics. In this exclusive interview, Sonia speaks about her journey in taekwondo, winning the gold medal at the India Open, overcoming challenges, the importance of mental strength, future goals and much more!

Q 1) When were you first introduced to taekwondo and what made you pursue it professionally?

I started Taekwondo in 2011 as I wanted to learn martial arts. The atmosphere in my house was a little conservative, my sister got married at the age of 21. When I started Taekwondo I had to listen to a lot of taunts and I was asked to concentrate on my studies. In my household it's not even like you can complete your studies to make your career. It's like you study till the 12th standard and then do the rest after marriage. I wasn't interested in getting married and I didn't want that life. My brother was my first coach and I trained with him for a year before getting a silver medal in the nationals. That silver medal gave me a lot of motivation and even my family was really happy with that. They were mainly impressed by the prize money which showed them that girls' income isn't dependent just on studies but they can earn via sports as well.

After that I kept on progressing and winning more medals. When you get a medal in nationals, the Haryana Government gives you a scholarship. That gave me a lot of support and motivation. Then I found out that taekwondo is played in the Olympics as well and that pushed me to work harder. From my background not a lot of girls play sports so that is a kind of responsibility on my shoulders. Everyone in my family and a lot of other people think that girls can only study and do nothing after that. I want to become an example and prove them wrong, so that more girls can start playing sports.

Q 2) You won the gold medal at the India Open in 2019. Was it the most special achievement in your career? If not, which are the other most memorable achievements?

I would say that the India Open is my biggest achievement. After that win my family seriously started supporting me. Before that it was just like I was getting medals and earning money but then they found out that I was making a name for myself. The event was broadcasted live on DD Sports and everyone in my neighborhood and family were watching it live and cheering for me. My father was also happy to see that I am doing really well because the Nationals didn't get telecasted live and I didn’t get any fame from it. I got a little famous after that and people got to know about me. That was the first time I got a compliment from my father which was a proud moment for me.

Q 3) What are some of the biggest challenges that you have faced in your taekwondo career? How did you overcome them?

Financially I faced a lot of problems because my parents weren't that stable but they did support me as much as they could. A lot of times I didn't have money to participate in championships. After the India Open, I was All India rank 1 but I still didn't have sponsors to participate in championships. That was the time when I was at the peak of my game and I would've won more medals had I got more support. After that I kept getting demotivated and then as I was searching for sponsors the whole world went into lockdown. I became very frustrated and didn't understand what to do while age was also catching up. People also started talking about how I wasn't winning medals anymore and it was sort of like I was getting the blame. After that I started getting injured as well which was very demotivating. Even paying the physiotherapist after an injury was getting very expensive.

Q 4) How important is mental strength for a taekwondo athlete to become successful at the highest level?

In taekwondo, mental strength is the most important thing. If you're not mentally strong then it becomes difficult to strategize. As taekwondo athletes we have to do meditation to keep our mental side of the game active.

Q 5) Who are the taekwondo athletes that you look up to and why?

When I was kid I didn’t see many athletes, but you can say my brother used to show me taekwondo moves when I was young, I initially started taekwondo thinking it was karate. My brother used to show me a lot of taekwondo videos and there I used to follow a Chinese player called Wu Jin Yu. I still follow her moves as she was a former Olympic champion. She is an inspiration also as she won a World Championship medal at the age of 33 after giving birth.

Q 6) What are your future goals as a taekwondo athlete? How do you plan to achieve them? 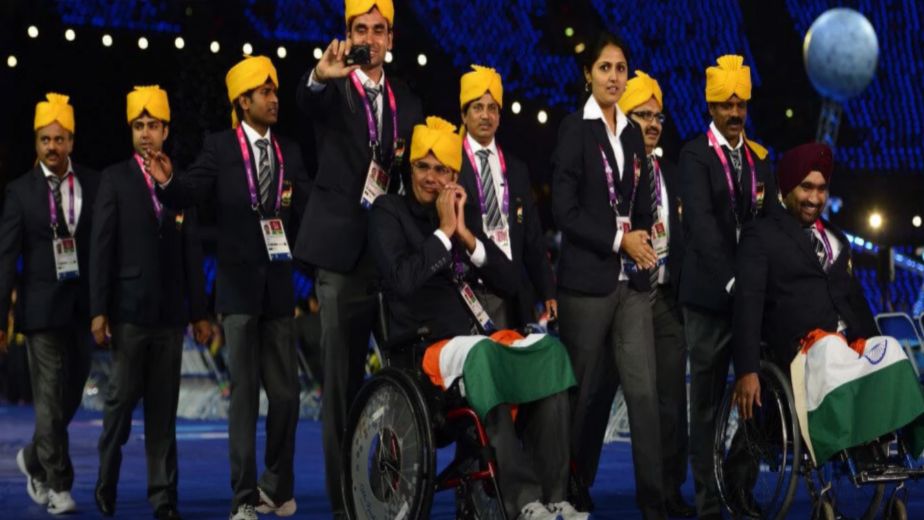 New Delhi, Aug 12 (Paralympic news) A 54-member Indian team for the upcoming Tokyo Paralympics was on Thursday accorded a warm send-off by Sports Minister Anurag Thakur and the national governing body, with high hopes that the country will return with its best ever performance.

The team has some of the brightest medal prospects like Devendra Jhajharia, seeking his third Paralympics gold (after 2004 and 2016) in F-46 javelin throw, Mariyappan Thangavelu (T-63 high jump) and world champion Sandeep Choudhary (F-64 javelin throw).

India will compete in nine sports.

Mariyappan, who had won a gold in the last edition in Rio, will be the flag bearer of the Indian contingent during the opening ceremony on August 24. The Tokyo Paralympics will end on September 5.

The Tokyo-bound players were part of the event virtually as they are in strict bio-bubble.

"The ambition and self-confidence of our para athletes give inspiration to 1.3 billion Indians. In front of their courage, the biggest of challenges bow. And they deserve every bit of it," Thakur said in a video message.

"The number of our para athletes participating in the upcoming Games is three times bigger than the last edition. I have full faith in your abilities. I believe that your performance too will be better than last time." He said it's a matter of great pride and satisfaction that the para athletes have so far won three Khel Ratna, seven Padma Shri and 33 Arjuna awards.

"It's not easy at all but your hard work, the desire to win and your passion translate all the challenges into triumphs. I know when you go to Tokyo Games, you will go with only one thought -- to better India's ranking in the medals tally from before." Thakur said Prime Minister Narendra Modi has done his best to motivate the country's athletes before and during the Tokyo Olympics and will do the same for the para athletes also.

India achieved its best ever performance in the Paralympic Games in the 2016 Rio Games with two gold, one silver and one bronze medal.

PCI president Deepa Malik, who herself had won a silver medal in shot put at Rio 2016 Games, said, "The games will not be the same again after Tokyo2020 Paralympics. We are going to see a record haul of medals as our athletes are in prime form." PCI secretary general Gursharan Singh will be the chef de mission of the Indian team.

Badminton will make its debut at the Paralympic Games, which will feature as many as seven Indian shuttlers.

Indian fans can catch all the Live action of the country's para athletes on Eurosports and DD Sports. PCI has awarded the rights to broadcast the Paralympics live to Eurosport India.

India will start its campaign on August 27, with men's and women's archery events. 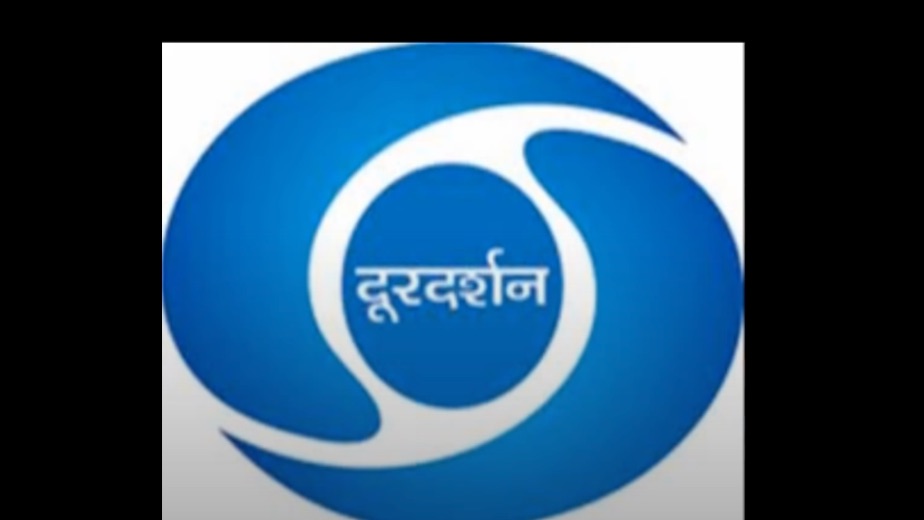 New Delhi, Jul 21 (Olympics news) DD Sports will broadcast the Tokyo Olympics live daily while other channels of Doordarshan and the All India Radio (AIR) will air special programmes on the mega international sporting event.

The Tokyo Olympics is scheduled to begin on July 23.

"Behold the mega coverage of Olympics 2020, brought to you by Prasar Bharati, through its twin network of Doordarshan and All India Radio, and dedicated sports channel DD Sports," the information and broadcasting ministry said on Wednesday.

The coverage spans from "pre to post-Olympics" and will be available on the public broadcaster's television, radio and digital platforms across the country, it added.

"Different sporting events at the Olympics will be broadcast live daily on DD Sports from 5 am to 7 pm," the ministry said, adding that the "details of the same will be made available every day on DD Sports and AIR Sports Twitter handles".

The ministry said DD Sports will produce a four-hour-plus discussion-based show with sports celebrities as a precursor to the Tokyo Olympics, contributing towards the "Cheer for India" campaign.

This special show will be broadcast live on DD Sports from 11 am to 1 pm on July 22 and July 23, the ministry said.

"Each day, there will be two different sessions with different themes. The two sessions of July 22 will be repeated from 7 pm to 9 pm the same day and from 9 am to 11 am the next day on July 23 on DD Sports," it added.

According to the programme schedule shared by the ministry, AIR capital stations, the FM Rainbow network, DRM (digital radio of AIR) and other AIR stations will broadcast a curtain-raiser programme on the Tokyo Olympics on July 22.

"The programme will also be carried over Youtube channel, DTH and on NewsonAir mobile app within the territory of India," the ministry said.

While the AIR stations will air daily highlights of the games from July 23 for its listeners, the FM Rainbow network will provide periodic updates from July 24.

"Breaking news may also be broadcast on the FM channels whenever India wins a medal," the ministry said.

All AIR capital stations, the FM Rainbow network, DRM and other radio stations of the public broadcasters will also air "off-tube" commentaries of "select" hockey and badminton matches.

In a press release sent by the NBA, the National Basketball Association and Prasar Bharati (India's public service broadcaster) have announced today about their new partnership that will have Doordarshan (DD) Sports and it's youtube channel Prasar Bharti Sports broadcast classic NBA content along with documentaries, games highlights and public service announcements. The collaboration will feature daily content offerings consisting of Hardwood classics, NBA championship videos, marquee matchups, NBA TV specials and public service announcements. "We are pleased to partner with Prasar Bharti to offer classic NBA programming and highlights," said Sunny Malik, Head of Global Content and Media Distribution, NBA India. "Prasar Bharti shares our vision of growing the NBA's fanbase in India and providing a wide range of content to our fans nationwide.” Fans in India can catch up with the NBA on Facebook, Twitter, Instagram, Youtube and download the official NBA app on iOS and Android for daily news and updates. Tags - NBA, India, Basketball, DD sports, Doordarshan, Prasar Bharti
Read More