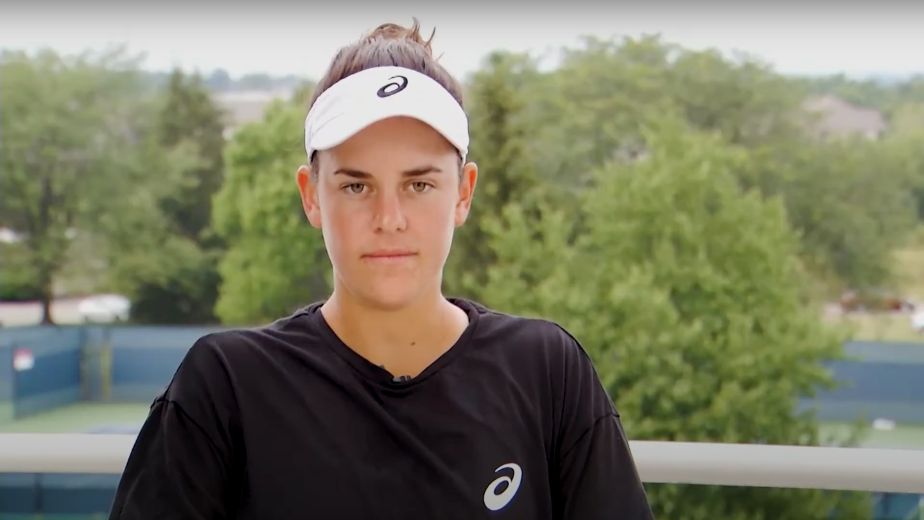 (Tennis news) Jennifer Brady has confirmed that she won’t be able to play the 2022 Australian Open as she hasn’t recovered from an injury. Brady was last seen playing in August at Cincinnati where she retired in the third round against Jelena Ostapenko due to a foot injury. The world number 25 reached the final of a Grand Slam for the first time this year at the Australian Open but lost to Naomi Osaka in straight sets.

Brady went past the third round of a Grand Slam at the US Open last year as she reached the semifinals losing to Osaka in three sets. Brady had reached her career high ranking of 13 in February this season after which it dropped to 25 as she reached the fourth round once in the next 8 events. She played 25 matches this year and needs nine more victories for 250 career wins.

Brady also reached the semifinals of the Australian two years in the women’s doubles with Alison Riske where they lost to Timea Babos and Kristina Mladenovic. Brady also reached the quarterfinals last year partnering with Caroline Dolehide as the Australian Open remains the Slam where she has found the most wins. Brady won her first doubles title with Ashleigh Barty at the Porsche Tennis Grand Prix WTA 500 in a tense three setter final against the American pair of Bethanie Mattek Sands and Desirae Krawczyk.

Brady will be joining Karolina Pliskova, Serena Williams and Bianca Andreescu as the players on the WTA tour who will be missing out on the opening Grand Slam of the year. The US Open this year also saw many withdrawals on tour as the injuries kept piling on, the ATP Cup has also contributed to a tight packed schedule for the players.

Brady's injury update was tweeted by the Australian Open officials as there are questions over Dominic Thiem and Rafael Nadal’s participation. Brady has not announced when she will return on the tour, the 26 year old currently is the fourth highest ranked American on the WTA tour. Her rankings will drop as she is set to miss a few of the starting events in the next season.

Melbourne, Feb 13 (PTI) Veteran Rohan Bopanna crashed out of the mixed doubles event with a straight-set loss in the opening round to draw curtains on India's campaign at this year's Australian Open here on Saturday. Bopanna and his Chinese partner Yingying Duan lost 4-6 4-6 to the pair of American Bethanie Mattek-Sands and United Kingdom's Jamie Murray in a first round match that lasted an hour and three minutes. Bopanna and Japan's Ben McLachlan had earlier bowed out of the men's doubles event after a 4-6 6-7 (0) defeat to the Korean wild card pair of Ji Sung Nam and Min-Kyu Song in an opening round match. Divij Sharan and Ankita Raina had already crashed out of the men's and women's doubles events after suffering straight-set defeats in the opening round on Thursday. Ankita, the fifth Indian woman tennis player ever to secure a place in the main draw of a Grand Slam event, and her partner Mihaela Buzarnecu of Romania lost 3-6 0-6 at the hands of Australian wild cards Olivia Gadecki and Belinda Woolcock. Divij and his Slovakian teammate Igor Zelenay lost 1-6 4-6 to the German combination of Yannick Hanfmann Kevin Krawietz in the first round
Read More

Melbourne, Feb 11 (PTI) India's Divij Sharan and Ankita Raina crashed out of the Australian Open men's and women's doubles events respectively, after suffering straight set defeats in the opening round here on Thursday. Ankita, the third Indian woman tennis player to secure a place in the main draw of a Grand Slam event, and her partner Mihaela Buzarnecu of Romania lost 3-6 0-6 in just one hour and 17 minutes at the hands of Australian wild card pair of Olivia Gadecki and Belinda Woolcock. India's challenge also ended in the men's doubles competition after Divij and his Slovakian partner Igor Zelenay lost 1-6 4-6 against the German combination of Yannick Hanfmann Kevin Krawietz in the first round match that lasted one hour and four minutes. On Wednesday, the other Indian in men's doubles event, Rohan Bopanna and Japan's Ben McLachlan bowed out in the opening round after a 4-6 6-7(0) defeat to the Korean wild card pair of Ji Sung Nam and Min-Kyu Song. The veteran Bopanna, however, still has a chance to make amends as he will partner China's Yingying Duan in the mixed doubles and will be up against the pair of American Bethanie Mattek-Sands and United Kingdom's Jamie Murray in the first round.
Read More