Pro Tennis League season 4 will be the biggest one yet: Founder Aditya Khanna 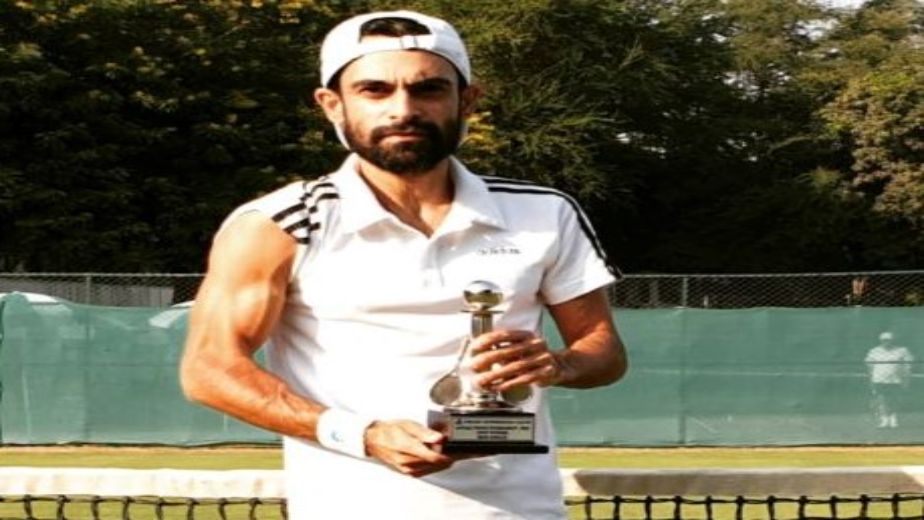 Founded in 2018, the Pro Tennis League has quickly grown into one of the most popular tennis events in India. It takes place during winter in New Delhi with India’s top professionals as well as junior and upcoming players showcasing their talent. The fourth iteration of the Pro Tennis League promises to be bigger and better, with 2022 Wimbledon Men’s Doubles Champion, Matthew Ebden participating in the event along with India's No. 1 men player Ramkumar Ramanathan and India's Top 5 women player Riya Bhatia among others.

In this exclusive interview, Aditya Khanna, Founder of the Pro Tennis League speaks about the inspiration behind the initiative, goals and objectives, helping the development of tennis at the grassroot level, Matthew Ebden’s participation, overcoming challenges, audience reception so far and his future goals.

Q 1) As founder of Pro Tennis League, what inspired you to come up with this initiative and what are your goals/objectives?

Every sport has a league, when IPL started there was a lot of encouragement given to the next gen players as they were playing with the veteran professional players who play international cricket. Similarly in PTL we wanted to do something like that to give a chance to the juniors. This was missing in tennis and tennis as a team concept was also missing in the world and in India. We wanted to make it a tennis festival of India and combine players from all the categories like junior, men, women and ex-professionals in order to make a solid team. The objective was to bring everyone together because otherwise everyone travels for the whole year. We also want to show to the audience that India has great tennis players who are playing at a very high level. We started with 24 players in the first edition, we are about 64 players this time.

Q 2) How do you think the Pro Tennis League is helping the development of the sport at the grassroot level?

The idea is for more and more people to watch the sport as it gets more entertaining. When they see an avenue of a tennis league coming up, more juniors and youngsters want to start playing the sport. It's the ecosystem that it helps as you get more coaches and pros involved. You'll see more and more academies building while the popularity of the sport will also go up with more and more viewers watching it. Indian players will also get recognition not just in the country but also globally. We are getting the Wimbledon 2022 men's doubles champion Matthew Ebden so it is getting global recognition. It basically increases the popularity of the sport which then helps the grassroots and the ecosystem. It's not like the PTL will produce a tennis champion but the idea is to popularise the sport at every level which is why we have players from all over the world. It's a wholesome league with players from different parts of India and of different ages as well. We have a player called Zeeshan Ali who is just 52 years of age.

Q 3) How big a boost is it to have 2022 Wimbledon Men’s Doubles Champion, Matthew Ebden participate in this year’s Pro Tennis League?

He is familiar with India as he has played the Commonwealth Games here and he has also been Leander Paes' doubles partner. He is a very nice guy who has just won the Wimbledon Doubles and is a two time Grand Slam champion. Bringing him into the league makes it much bigger and on top of that we have all the top Indian players playing like Ram Kumar, Arjun Khade and Jeevan Nedunchezhiyan. Matthew coming in is a big boost but in the end it's not just about that. The league is essentially an Indian players league and we have all the top Indian players coming in which is what the target is.

Q 4) What are the biggest challenges that you have faced as founder of Pro Tennis League? How did you overcome them?

Challenges happen in the introduction of a new league and the Pro Tennis League has also faced challenges during the pandemic. Fortunately I had the support from players, coaches and the federation and because of support from various people it has not been that difficult for me personally. The players have been amazing and they have been promoting the league. My team owners have been very supportive as the seven previous owners are coming back with one new owner on board. We have sponsors also supporting us before the pandemic so all this support has been really helpful to the Pro Tennis league. The other challenge is of course getting crowds to the stadium to popularise the tennis league as we want to showcase this to a larger audience.

Q 5) What has the audience reception been for the Pro Tennis League since its inception in 2018?

The first two years were quite good as we had 5000 people come over. In 2021 the crowd turnout was less because of all the Covid restrictions as we also didn’t promote it that much. This year we expect a larger audience since we are showing the league on an OTT platform. The league is getting promoted in newspapers, tv etc. We are trying to reach all the tennis frantics to come watch the league. I feel this year is probably going to be the biggest event yet.

Q 6) What are your future goals for the Pro Tennis League? How do you plan to achieve them?

The way it has grown organically is wonderful as we have 8 teams and 64 players. The main goal is to go to different cities and play. Make a smaller league which can lead you to the Pro Tennis League and get more players on board. This year we said no to quite a few people after the auction, that is what I want to change by giving them the opportunity. The main goal as of now is to reach out to as many people as we can because that's the way the league will grow. I think this season is going to be the biggest one.

Australia defeat Croatia to to reach the Davis Cup final