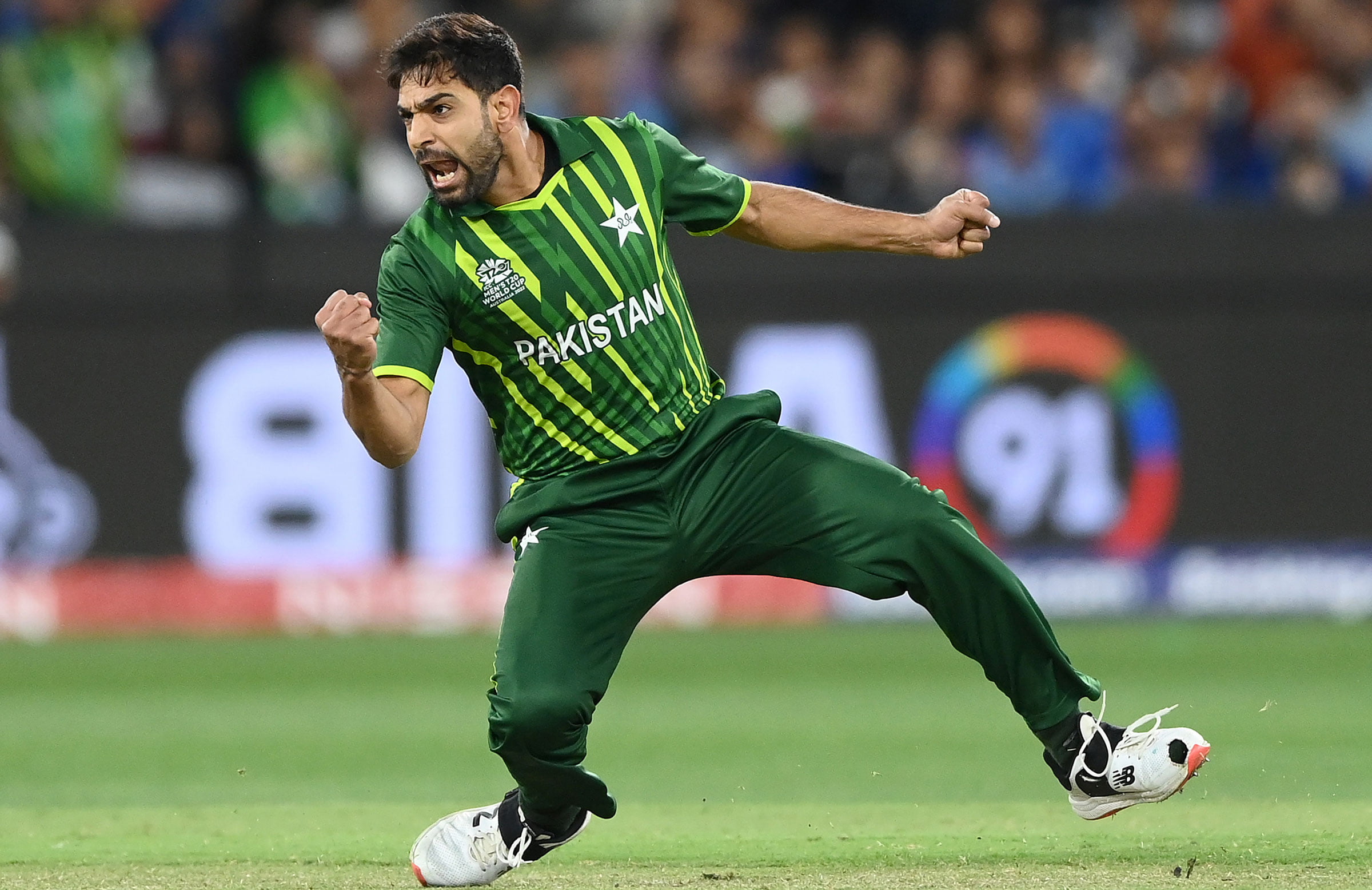 Karachi, Dec 6 (PTI) The Pakistan team management is set to call up out of favour pacers Muhammad Abbas and Hasan Ali as reinforcements for the remaining two Tests against England after fast bowler Haris Rauf was on Tuesday ruled out of the series with a grade-II strain in his right quad.

The 29-year-old Rauf, who made his Test debut in the first match against England in Rawalpindi, bowled 13 expensive overs on the first day on a placid pitch before injuring himself while fielding and rolling over the ball.

He did not bowl any further in the match although he batted in both the innings.

England won the first of the three Tests by 74 runs on Monday.

With just three pacers now in the Pakistan squad, including the uncapped Muhammad Wasim (jr) and Muhammad Ali who also made his Test debut in Pindi, a reliable source said the team management would be calling up reinforcements before the second Test in Multan starting December 9.

“Most likely Hasan Ali and Muhammad Abbas will be called up to join the squad as the team is also short of bowlers for the nets. But the plan apparently is to go into the second set with three spinners and just two pace bowlers as efforts are being made to prepare a track with turn in Multan,” the source said.

Ali played his last Test in Galle in July this year and he was dropped for the T20 World Cup and home series against England after a disappointing show in the Asia Cup.

Abbas’ last appearance for Pakistan was in August in 2021 in a Test against West Indies in Kingston.

Earlier in the day, the Pakistan Cricket Board announced that Rauf’s MRI scan showed that he had suffered a grade-II strain in his right quad.

Meanwhile, a well-informed source said that PCB chairman Ramiz Raja was not happy with the performance of the Pakistan team in the first Test.

The second and third Tests will be played in Multan (December 9-13) and Karachi (December 17-21).