NBA: The Milwaukee Bucks rally past the Hornets as Dallas Mavericks keeping their winning run intact 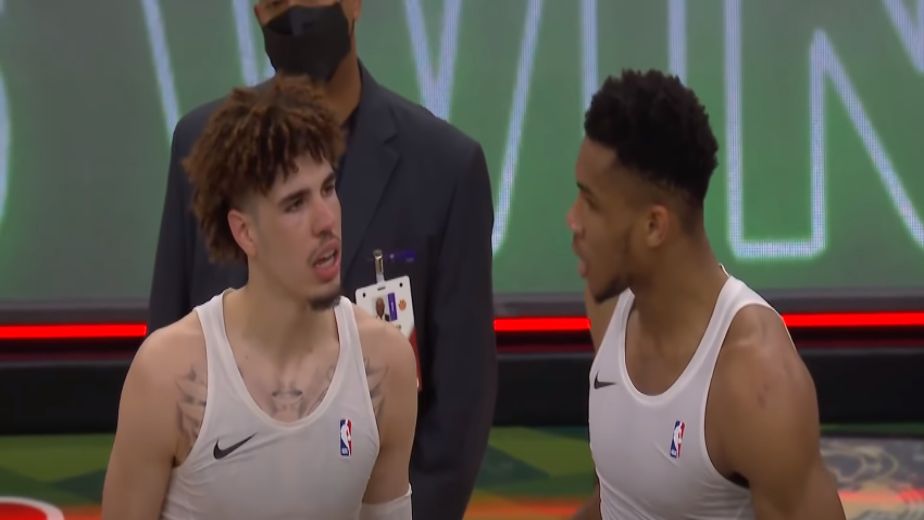 (Basketball news) The Milwaukee Bucks rallied past the Charlotte Hornets as they defeated them 127-125. Antetokounmpo had 40 points and 12 rebounds and Khris Middleton added 21 points for the Bucks as Giannis Antetokounmpo scored on a driving layup with two seconds left to give Milwaukee their eighth consecutive victory. For the Hornets, Ball had a career-high 36 points for the Hornets, followed by Kelly Oubre Jr. with 25 and Miles Bridges with 22 points. Ball hit 12 of 22 shots including 8 of 15 from beyond the arc along with nine assists. Milwaukee signed veteran free agent DeMarcus Cousins who played 4 minutes and scored seven points. With this result Bucks improved their record to 14-8 as they are currently 4th in the Eastern Conference with similar records to the Bulls, Wizards and the Heats.

“Giannis is just great. Reading the defense, attack mode,'' Bucks coach Mike Budenholzer said. ''Any time we can get him the ball in that type of situation, we feel like he's going to make a good play”.

''I haven't seen the play, but I knew in the position I was in, there were two different routes,'' Antetokounmpo said. ''Float it up or try to sneak it in, and when you try to sneak it in, you've got to spin on. If you just go normal, most likely you're going to get it blocked”.

“People talk about him just being dominant, but on that shot, you can see the skill that he has,'' Middleton said. ''He's not always dunking over people, not always using the jump hook. That's a tough layup even for guards, and he's a 7-footer coming down to end the game. Going over, then under an arm, then flipping it with a little bit of spin off the glass, that just shows you the type of skills he has as a player.''

Dallas Maverick beat the New Orleans Pelican 139-107 as Luka Doncic scored 18 of his team-high 28 points in the first quarter and dished out 14 assists in 27 minutes to power the Dallas Mavericks to convincing victory. Dallas set a franchise record by shooting 57 of 83 from the floor (68.7%), beating the previous high of 67.7% from March 24, 1983. Kristaps Porzingis added 20 points and 10 rebounds for Dallas as they snapped out of their five match losing streak. Doncic went 7 of 8 from the floor in the Mavericks' 41-point first quarter – their highest-scoring period of the season in which they shot 73% from the floor (16 of 22). For the Pelicans, Brandon Ingram scored 29 points as Devonte Graham added 13 points. With this result Dallas improved their record to 11-9 and are currently 4th in the Eastern Conference.

“That's pretty cool,'' Dallas coach Jason Kidd said. ''To break a record like that with so many great offensive teams that the Dallas Mavs have had just shows the carryover and the response that this team has had after the last two outings. I thought everybody touched it. We got wide-open looks, that we've been getting, but they started to go down for us.''

''Luka was phenomenal tonight,'' Porzingis said. ''He started off the game hot himself, and then he was sharing the ball. Our energy was there right from the beginning because we shared it. It was a chain reaction, starting from him, and we got great looks.''

''It was a great game,'' Doncic said. ''We came out with a lot of energy, and I think we moved the ball pretty well. Those shots were open, so we knocked them down.''

Also read: NBA: Phoenix Suns stretch their run to 17 straight victories as Lakers avenged their loss against the Sacramento Kings