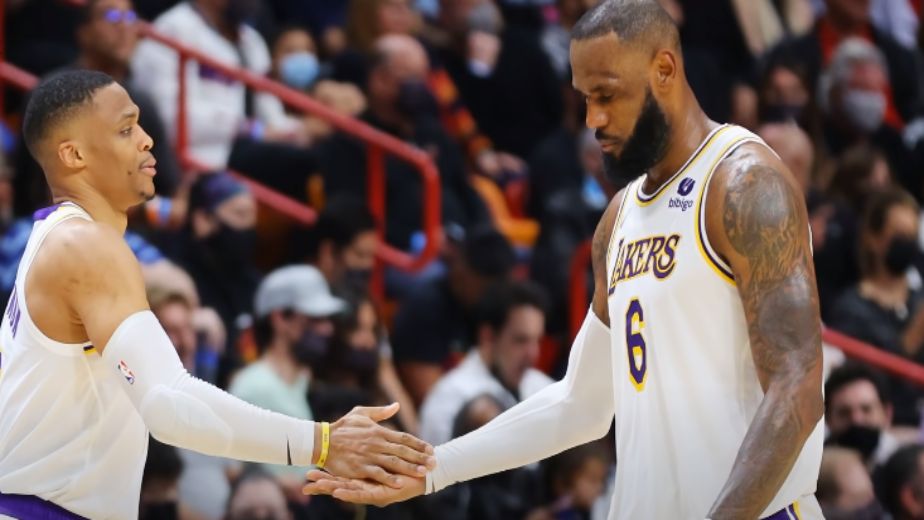 (Basketball news) The Phoenix Suns thrashed the Lakers 140-111 in a resounding victory as the Suns scored 48 in 1st quarter itself. For the Suns, Devin Booker scored 30 points, Deandre Ayton had 23 points and 16 rebounds in just 27 as Mikal Bridges added 18 points to help Phoenix move 40 games over .500. For the Lakers, LeBron James led the scoring with 31 points, seven rebounds and six assists as the Lakers have lost 10 straight road games. James reached a milestone with his 10,000th career assist in the second quarter on Carmelo Anthony's 3-pointer. James is the only player in NBA history with at least 30,000 points, 10,000 rebounds and 10,000 assists. With this result the Suns improved their record to 54-14 and stayed on top of the Western Conference standings.

''I get a loss of words anytime things like this happen to me,'' James said. ''I automatically start thinking about my hometown of Akron and my upbringing where I come from. The dreams I had of being in this league at the highest level and to now sit alone in a statistical category in this league. I model my game after being able to score, rebound and assist. And to sit alone in a stat, I'll say cool, but it doesn't quite make sense to me.''

''It wasn't selfish, not like I want more points,'' Williams said. ''(It was)`I can dominate them. I think we need to look at ourselves more.' … DA doesn't make those kinds of statements so he can score more and get those points. He's like, `I can work down there.' I've been around long enough to know his intentions and he backed it up.''

''We played poorly,'' Lakers coach Frank Vogel said. ''How we started, really the whole night, was unacceptable … This is a tough matchup to play small-ball against but we definitely have to be better than we were tonight.''

The Philadelphia 76ers continued their good form with a hard fought overtime victory over the Orlando Magic 116-114. For the Sixers, Embiid had 35 points and 16 rebounds, Harden finished with 26 points and Tobias Harris added 25 and nine rebounds as they slowly formed a formidable trio. For the Magic, Wendell Carter Jr. had 23 points and 12 rebounds and Cole Anthony had 19 points. With this result the 76ers improved their record to 41-25 as they are currently second in the Eastern Conference table.

''This was a big win for us. I know people are like: `Oh, it's the Orlando Magic.' But they just beat the Timberwolves the other night and the Timberwolves came back and beat the Miami Heat,'' said Georges Niang, who hit two big 3-pointers in the fourth quarter to help send the game into overtime. ''That should tell you something about the NBA.''

'(The final shot) could have gone in and we'd be in a different mood,'' Anthony said. ''This is a game that easily could have fallen in our favor.''

''We're giving ourselves a chance in the fourth quarter,'' Carter said. ''We're going to be in this position a lot, and we're going to win some and lose some. It's good experience.''

''I would like to get off to a good start, but it's almost like we've got to get punched in the mouth before we turn on our defensive intensity,'' Philadelphia coach Doc Rivers said. ''That stretch of defense in the third quarter was phenomenal, but we have to start the game that way.''