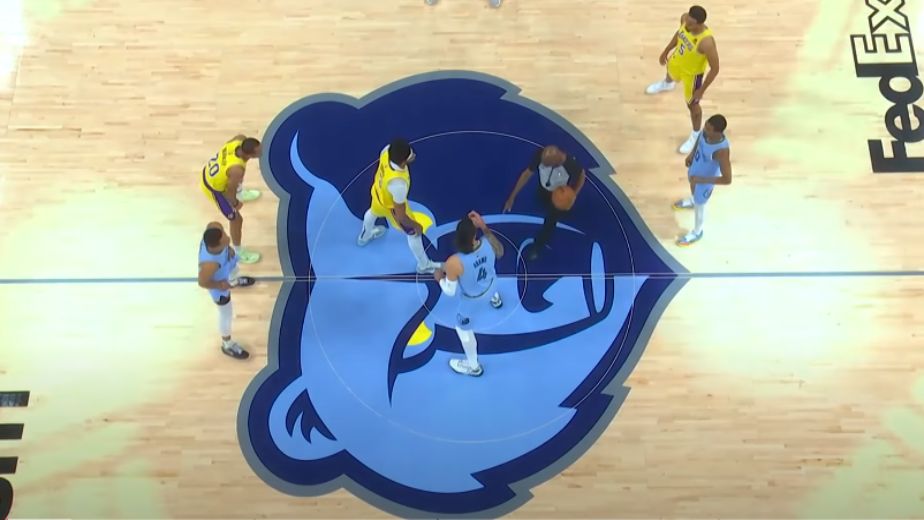 (Basketball news) Lakers suffered an embarrassing loss to the Memphis Grizzlies as they beat them 108-95. Jaren Jackson Jr. scored 25 points, Desmond Bane added 23, Tyus Jones and De'Anthony Melton added 12 points apiece for Memphis and the Memphis Grizzlies pulled away in the fourth quarter for a much needed win. For the Lakers, LeBron James had a triple-double with 20 points, 11 assists and 10 rebounds and Anthony Davis led the Lakers scoring with 22 points as Talen Horton-Tucker and Avery Bradley each added 10 points. LeBron James became only the 5th person in the NBA to have 100 triple doubles. Lebron James' steal in the first quarter was the 2,086th of his career, moving him past Karl Malone for 11th on the all-time list. With this result the Lakers stayed in 7th with a 13-13 record as the Grizzlies improved their record to 15-11 and moved upto 4th in the Western Conference.

“I thought our activity was fantastic defensively,'' Memphis coach Taylor Jenkins said. ''I thought the Lakers came out and kind of imposed their will in the first quarter, but we just kept making those winning plays throughout.''

''I didn't know what we were going to look like,'' Bane said of learning about an hour before the game that Brooks was out. He said the Grizzlies have had games in which they didn't have the players individually, but not both missing.

“The second quarter was where the energy of the game shifted,'' Laker coach Frank Vogel said. ''Our turnovers went way up. We didn't rebound the basketball. We were slow to every loose ball.''

''Defensively, I thought we were really good. We just turned the ball over,'' James said. ''When you hold a team to 108 points and 27 of those came off turnovers, the defense was really good. Offensively, we were not good at all.''

Utah Jazz won their 6th game in a row as they won comprehensively against the Philadelphia 76ers 118-96. For the Jazz, Donovan Mitchell scored 22 points, Rudy Gobert had 17 points and 21 rebounds and the Utah Jazz extended their winning streak to six games. For the 76ers, Joel Embiid had 19 points and nine rebounds for the 76ers. Seth Curry scored 18 points and Tobias Harris 17 for Philadelphia. Both the teams were playing back to back games as the 76ers looked very tired after halftime. With this result the Jazz improved their record to 18-7 as they sit comfortably in the 3rd spot in the Western Conference table.

''I think you go through the ebb and flow of the season, sometimes you just decide not to be tired,'' Jazz coach Quin Snyder said. ''When you're playing the right way, it makes it easier.''

''They're playing free,'' Philadelphia coach Doc Rivers said. ''They get a lot of 3's up, they stretch the floor. They're a tough basketball team, especially offensively.''