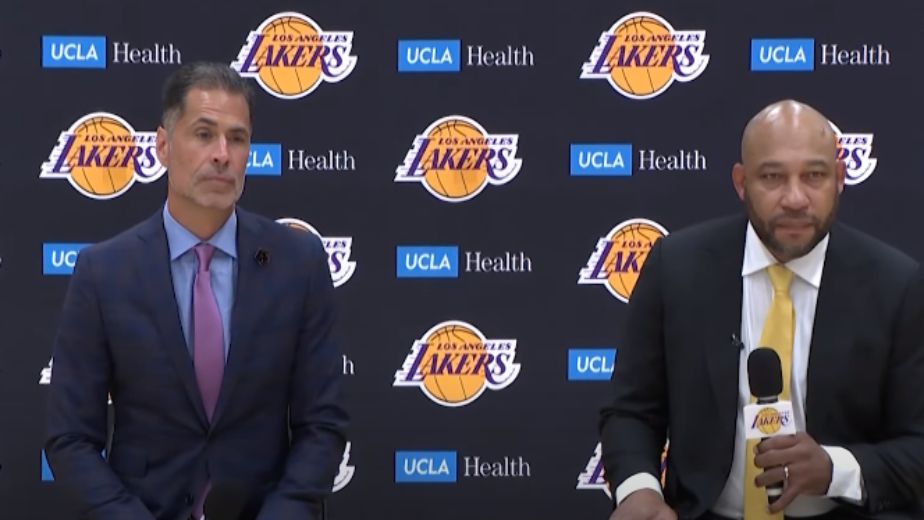 (Basketball news) It looks like the Los Angeles Lakers have found their next head coach in former Milwaukee Bucks assistant coach Darvin Ham. It has been reported that the two parties have agreed to a four-year deal.The Lakers fired Frank Vogel last season after a miserable 33-49 run for the team in which they failed to make the playoffs. Vogel spent three seasons as the head coach and guided them to the NBA title in 2020 inside the Orlando bubble. Darvin Ham has now been assigned with the work to turn around their fortunes and make them title contenders again

The 48-year-old does not have any prior head coaching experience but has plenty of experience in the league having been an NBA assistant coach for the past 11 seasons, including two seasons with the Lakers in 2011 and 2013. He was with the defending champions Bucks from 2018 but ultimately left them to take the head coach job for the Lakers. Darvin Ham and the Lakers have plenty of problems in a number of different ways including figuring out how to get the best out of LeBron James, Anthony Davis, and Rusell Westbrook that is if Rob Pelinka decides to trade him. The trio have failed to live up to the hype as Lebron and Davis spent most of the time on the treatment table.

James this season only played in 56 of the Lakers’ 82 games, while Davis played just 40 in another season where he has been plagued with injuries. The Lakers also do not have a Draft pick in next month’s NBA Draft. They had traded their first-round pick to the New Orleans Pelicans in the deal which saw Davis become a Laker; their second-round pick also belongs to the San Antonio Spurs. Darvis Ham now has to sort all of these problems out as the Lakers have better aspirations than making the play-off games given they have previously won 17 NBA titles, 19 conference titles, and 33 division titles.

Ham was a player himself, having played eight seasons in the NBA. He made his debut with the Denver Nuggets in the 1996-97 season after he went undrafted in the NBA draft. He averaged 2.7 points and 2.3 rebounds in 417 career games for the Nuggets, Indiana Pacers, Washington Wizards, Bucks, Atlanta Hawks, and Detroit Pistons.

Ham, 48, in his press conference went on to explain that he once got shot in the face by a stray bullet when he was 14-years-old. He said "I grew up in Saginaw, Michigan," Ham said. "I was shot in the face by accident, April 5, 1988. You go through something like that, it's going to do one of two things: It's going to make you fearful or fearless. It made me fearless. I don't feel any pressure. It's basketball."