NBA: Hawks beat the Warriors and the 76ers thrash the Clippers 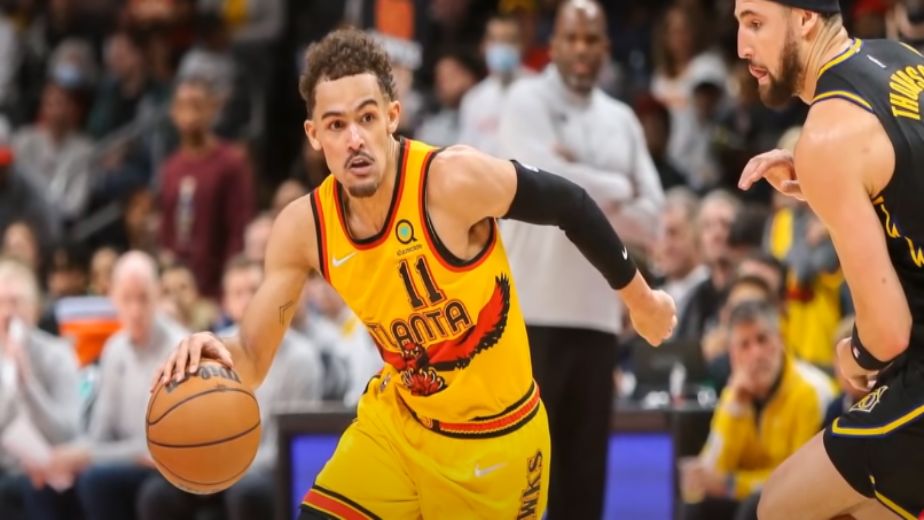 (Basketball news) The Atlanta Hawks beat the Golden State Warriors 121-110. For the Hawks,  Trae Young had 33 points and 15 assists, Danilo Gallinari added 25 points as they railled them to consecutive victories, For the Warriors,Klay Thompson finished with 37 points, hitting a season-high nine 3-pointers, and Jordan Poole scored 24 as Poole and Thompson each had 22 points in the first half. With this result the Golden State stayed third in the Western Conference, coming off a rousing win at Miami on Wednesday before faltering against the Hawks, who are the No. 10 team in the Eastern Conference standings with a record of 37-37.

''The last two minutes (of the second quarter) were kind of a disaster,'' Golden State coach Steve Kerr said. ''We turned the ball over, took some tough shots. They got out in transition, hit some 3s and I thought that carried to the second half.

''They felt more confident and they dominated that third quarter. That was the key stretch. From the two-minute mark of the second and into the third, they took over the game.''

''We knew what we needed to do is get stops,'' Young said. ''They went on a run, hit some tough 3s and contested 3s. Late in the game, it comes down to getting stops and executing down the stretch. We did a good job of doing that. Klay hit some tough shots, but it was good to get some stops.''

''There's still time for us to get that rhythm, get that mojo back and a game like this – coming out with that focus and playing with that attitude that's necessary – we can certainly can get that going,'' Hawks coach Nate McMillan said.

The Philadelphia 76ers moved within a victory away from going to the top of the Eastern Conference standings as they thrashed the Los Angeles Clippers 122-97. For the Sixers, Harden had 29 points and a season-high 15 rebounds while Embiid added 27 points and 10 as both of them registered double-doubles as Thybulle had 13 points, Tobias Harris added 12 and Tyrese Maxey 11. For the Clippers,Amir Coffey scored 21 points and Isaiah Hartenstein had 16 points and eight rebounds. Harden became the 116th player in league history to reach 4,500 career defensive rebounds. With this result the 76ers improved their record to 46-27 and are currently second in the Eastern Conference standings.

''We're getting better. The one-two has to be there first. It is. The rest will follow,'' Rivers said after Philadelphia (46-27) won its third straight to pull within a half game of the Miami Heat for first place in the Eastern Conference.

''Things are headed in the right direction, but every single day we are focusing on execution and details,'' said Harden, who is averaging 23 points and 7.6 rebounds since coming to Philadelphia. ''There are going to be different ways we are going to have to win in the playoffs, and we have to be prepared for that.''

''When shots are going in, it makes it better. Tonight was one of those nights where I felt good, we got out to a big lead and the wave continued the entire game,'' Harden said.

''We were overmatched. They played well and we didn't play our best game,'' Clippers coach Tyronn Lue said. ''We had some chances to cut the lead a couple times. We got some rebounds but then turned it over, and then the game got away from us.''