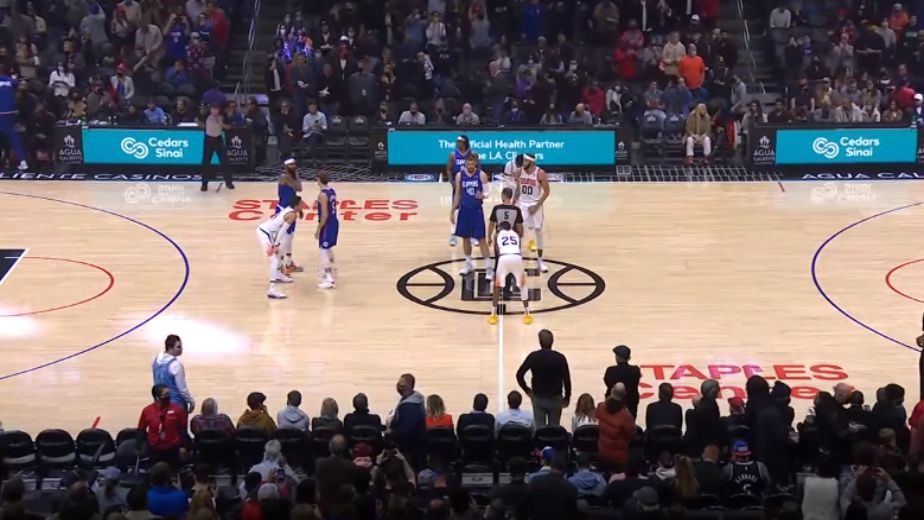 (Basketball) The Golden State Warriors beat the Indiana Pacers 102-100 in a close encounter. Stephen Curry came up just short of Ray Allen's 3-point record as made five 3s, scored 26 points and rallied the Golden State Warriors to a victory. He's two 3’s short of surpassing Allen, something he's likely to do Tuesday night on the NBA's grandest stage, Madison Square Garden. Allen made 2,973 during his 18-year career. For Warriors, Draymond Green had 15 points, nine rebounds and five assists, Andrew Wiggins scored 15 points and Looney had 14 points and eight rebounds as Golden State was 8 of 30 on 3s and had 17 turnovers. For the Pacers, Domantas Sabonis had 30 points and 11 rebounds and Malcolm Brogdon had 23 points and eight assists. With this result the Warriors improved their record to 22-5 and stayed on top of the Western Conference standings.

'I'm enjoying the moment, knocking on the doorstep. It's pretty surreal,'' Curry said. ''You just keep playing basketball, taking shots you think you can make and enjoy the experience”.

''The play was set up perfectly, the 3 just didn't go in and Loon did what Loon does, which is go get the offensive board to give us the lead and eventually the win,'' said Draymond Green, who had 15 points and nine rebounds.

''I know he was trying to get the record tonight and in my mind, I wasn't going to let him do it on our court,'' said Malcolm Brogdon, who had 23 points and eight assists. ''When you slow him down, you expect to win the game. We slowed him down.''

The Phoenix Suns lost only their fifth match of the season against the Clippers 111-95. Marcus Morris had season highs of 24 points and 11 rebounds, leading the Los Angeles Clippers to a much deserved victory. It wasn't quite the rematch from the playoffs, with both teams missing their stars. The Suns were without Deandre Ayton and Devin Booker, while Paul George and Kawhi Leonard sat out for the Clippers .Reggie Jackson added 19 points and Terance Mann had 17 points and nine rebounds for the Clippers who won their fourth in a row. For the Suns, Cam Johnson led Phoenix with 17 points off the bench as Mikal Bridges added 16 points and Chris Paul was held to nine points and eight assists against his former team. With this win, the Clippers improved their record to 16-12 as they stayed 5th in Western Conference standings.

'It definitely didn't feel like that,'' Morris said of Monday's game compared to last spring's playoffs.

“We're just getting contributions from all of our guys,'' Clippers coach Tyronn Lue said. ''Our whole team did a good job of just chipping in.''

“We were out of rhythm all night. We just couldn't knock down shots,'' Suns coach Monty Williams said. ''If you're missing shots, you're playing in transition a lot.''

Also read: NBA: Lakers win back to back matches after a long time as Brooklyn Nets continued their winning streak