NBA: Giannis drops 47 points against Lakers as Warriors continued their astounding start with a victory over the Nets 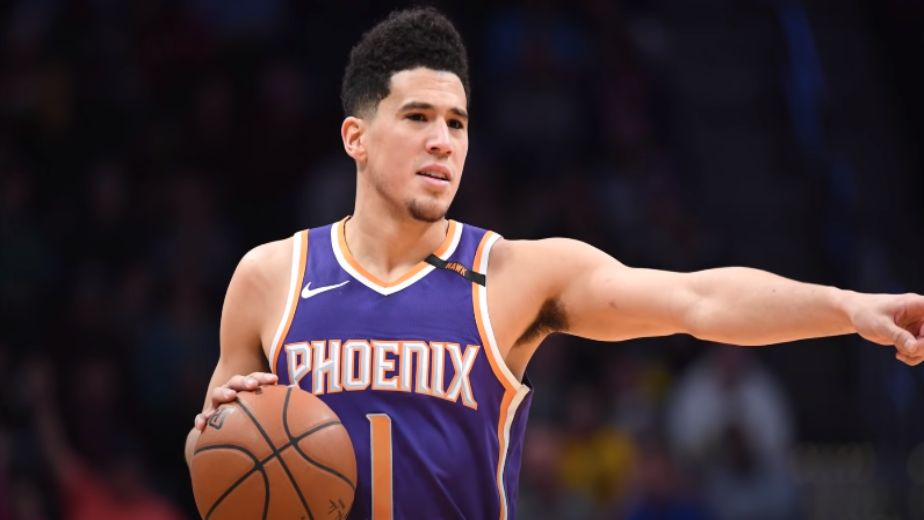 (Basketball news) The Lakers suffered their eight loss of the season as Giannis Antetokounmpo scored 47 to win 109-102. Khris Middleton came back from COVID 19 and broke the franchise record for the most 3 pointers made, Middleton made three consecutive 3 pointers in the fourth quarter to put the Bucks ahead.The second of those 3s was his 1,051st with the Bucks to match Ray Allen for first place on the team's all-time list. For the Lakers, Talen Horton Tucker scored 25 points, Russell Westbrook had 19 points as Anthony Davis also couldn’t impact the match with his 18 points. LeBron James missed an eighth straight game for the Lakers due to an abdominal strain. The Lakers have gone 3-5 during that stretch. Los Angeles also is missing Trevor Ariza and Kendrick Nunn, who haven't yet appeared in a game this season. With this result, the Bucks improve their record to 7-8 and as for Lakers their record stands at 8-8.

'That's a very, very special place to be,'' Bucks coach Mike Budenholzer said. ''I think we all just admire what Khris does every night, his ability to shoot, the different ways he gets 3's and his kind of consistency and longevity here

It's a part of the game,'' said Anthony Davis, who scored 18 points for the Lakers. ''Same thing with the team we just played. They've been hit with injuries as well. It kind of goes with the league, the business of the game. You go out there and put your body on the line every night, God forbid, something is going to happen in the course of a season. Someone's going to get hurt. We've got to adjust and continue to fight until we get everybody back

'I wanted to be the aggressor out there,'' Antetokounmpo said. ''I wanted to initiate the contact, get in the paint, make the right play and just play with an edge out there.''

Warriors continued their fine start to the season with a comprehensive 117-99 victory over the Nets. Curry showed why he’s leading the MVP charts after scoring 37 points, easily winning the matchup between the NBA’s top scorers when Kevin Durant had his worst nights this season. Andrew Wiggins added 19 points as Draymond produced a defensive masterclass over Kevin Durant, he managed only 19, the first time all season he didn't hit 20. He shot 0 for 8 in the decisive third quarter and finished 6 for 19 after sitting the fourth. James Harden  scored 24 points as it was not enough for the Warriors to go 12-2 in the NBA, which is the best record in the whole of NBA.

''So it's not the playoffs, but there's an intensity that you have to show up to beat a team like that,'' Curry said. ''You thrive off that competitive atmosphere, knowing that there's a lot of talent on the floor.''

'They got long defenders, guys that can help, so seeing bodies all the time when I had the ball, that's what great defenses do. And then some shots I wish I could've had back,'' Durant said. ''I rushed a few once we got down 15, 20. I'm trying to get it back so fast you end up taking bad shots and rushed shots.''

It was the Phoenix Suns’ 10th straight victory after they beat the in-form Dallas Maverick 105-98, a 37 point outburst helped them secure the victory as it was a shooting slog from the Phoenix Suns. Booker scored 24 points, DeAndre Ayton had 19 points and 13 rebounds as last year’s finalist went on their longest winning streak since 2009-10. The Mavericks were playing their first game this season without star guard Luka Doncic, who suffered sprains to his left knee and ankle in the waning moments of a victory over Denver on Monday. Even without their star they almost won the fixture as Tim Hardaway Jr. scored 22 points, Kristaps Porzingis added 21 and Jalen Brunson had 18. With this victory the Suns improved their record to 11-3 as they stand 2nd in the Western Conference.

We didn't shoot a great number tonight but when we needed it, guys just stepped up,'' coach Monty Williams said. ''We have the mentality of, `Let it fly.'

That wasn't the play,'' Booker said with a grin. ''But we made it work. That's the name of the game, figuring out a way

The guys played hard, gave us a chance to win on the road against the Western Conference champs, who also have won nine in a row,'' Mavericks coach Jason Kidd said. ''Everyone in that locker room executed the game plan. We just missed some shots down the stretch and they didn't.''

Also read: Staples Center to be renamed Crypto.com Arena in an estimate $700 million deal for 20 years