Manu Gandas takes round one lead at Vooty Masters 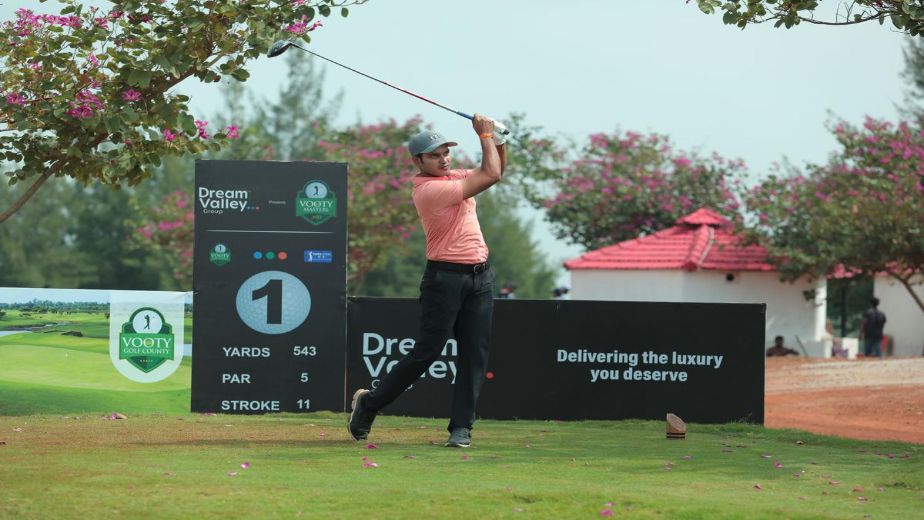 In the process, the golfer from Gurugram Manu, currently second on the PGTI Order of Merit, also set the course record at the first-ever PGTI event being played at the Vooty Golf County here.

Teeing-off just before noon at the pristine Vooty Golf County, Manu logged in a bogey-free round as he sank four birdies on the front-nine and five on the back-nine in a flawless display.

Manu's awesome hitting saw him set up a number of short birdie putts. His longest conversion of the day was a 25-footer on the sixth.

On a course where the players are finding it tough to negotiate the thick rough, Manu helped his cause by finding 10 out of the 14 fairways and 14 greens in regulation.

Angad Cheema and Kartik Sharma, both in joint second at 65, too shot error-free rounds.

PGTI Order of Merit leader and five-time winner this season Yuvraj Singh Sandhu, was tied eighth at 67. The Chandigarh golfer mixed an eagle and six birdies with three bogeys on Thursday.

Aadil Bedi, another Chandigarh-based professional, fired a hole-in-one on the second hole during his round of 67 to also be placed tied eighth along with Yuvraj and Karan Taunk.

Ajeetesh Sandhu, one of the pre-event favourites, was tied 22nd with a score of 70.

Mohd Azhar, playing at his home course, returned a 72, to be the highest-placed local golfer at tied 45th.